This is the first time after 1980 that the Indian men’s hockey team has won a medal in hockey at the Olympics. 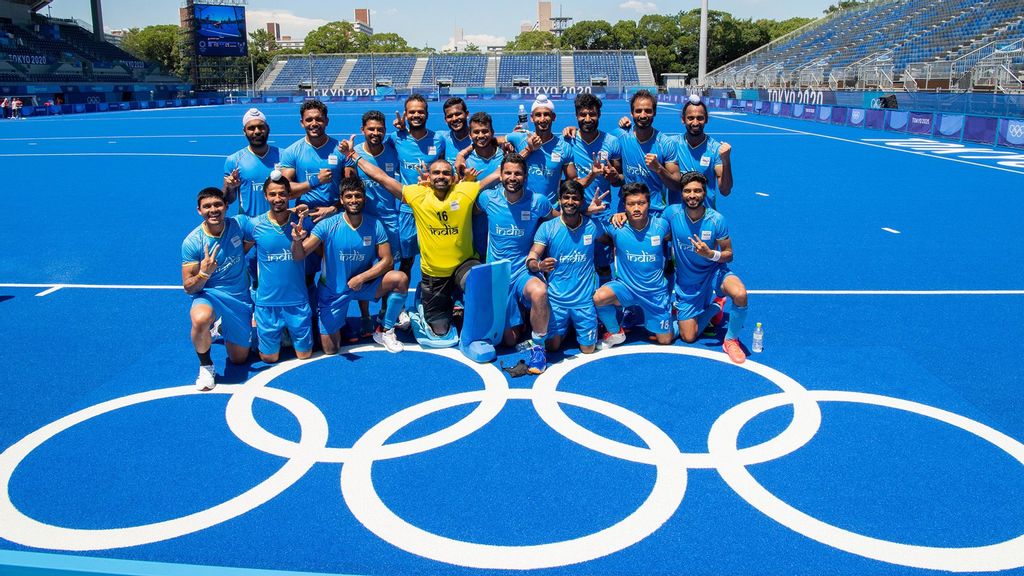 MUMBAI, India — While India celebrated the Indian men’s field hockey team’s bronze medal win at the ongoing Tokyo Olympics, the Bollywood fraternity, including actors Shah Rukh Khan and Akshay Kumar, were among the first to laud captain Manpreet Singh and his team.

It is the first time after 1980 that the Indian men’s hockey team has won a medal in field hockey in Olympics.

Khan took to his Twitter handle and shared a post lauding the men’s hockey team for their efforts and win.

“Wow!! Indian Men’s Hockey Team Congratulations. Resilience and skill at its peak. What an exciting match (sic),” said Khan in a tweet.

“Congratulations Team India on rewriting history! An Olympic medal after 41 years! What a match, what a comeback! #Tokyo2020 (sic),” said Kumar in a tweet.

Actress Tamannaah Bhatia shared a photo of the winning team on Twitter.

“A win that will go down in history! What a phenomenal performance by our men’s hockey team. Bringing home the bronze after 41 years! Congratulations Team India #Olympics #Cheer4India #BackTheBlue (sic),” she said in the tweet.

Team India made a commendable comeback from 1-3 to score four goals on the trot before conceding one in the final quarter. However, the Indian team was successful in warding off the German attacks. The team defeated Germany in the Bronze medal by a margin of 5-4 on Aug. 5, 2021, ending a 41 years-long wait for a medal in the sport.

Earlier on Aug. 3, 2021, the Indian team had lost to Belgium by a margin of 2-5 in the semi-finals, which put them into a battle for the Bronze medal with Germany.

After the Indian men’s hockey team won a bronze medal at Tokyo Olympics, India’s Prime Minister Narendra Modi, on Aug. 5, 2021, said that new India is gaining global recognition not through ranks but by winning medals.

“New India is gaining global recognition not through ranks but by winning medals. It has been proved that one’s progress is decided by hard work, not family. Indian youth is moving forward; it’s progressing,” said Modi.

So far, India has won five medals at the ongoing Tokyo Olympics 2020.

«Previous Post
Selena Gomez Calls Out Makers Of “The Good Fight” For Mocking Her Kidney Transplant»Next Post
VIDEO: Dramatic Battle To Save Thermal Power Plant From Wildfires In Turkey