21st Edition Of Tribeca Festival To Take Place In June 2022 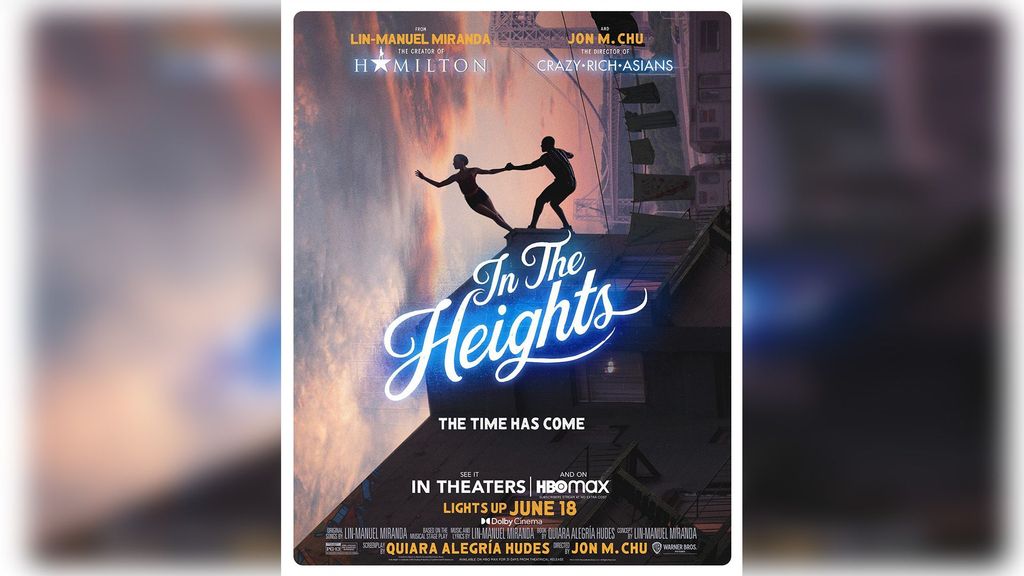 Jon M. Chu's splashy musical "In the Heights", Steven Soderbergh's crime drama "No Sudden Move", and Chappelle's documentary "This Time This Place" were among the movies to premiere at the festival. (Jon M. Chu, @officialjonmchu /Facebook)

WASHINGTON — Tribeca Festival has announced that its 21st edition will take place from June 8-19 next year.

The Tribeca Festival—a longtime mid-spring event whose 20th edition took place in June due to Covid-19 complications—will stick with the later time frame in 2022.

Previous editions of Tribeca have served as launching pads for the careers of Damien Chazelle, Jon Chu, Nia DaCosta, Ryan Coogler, and other notable directors.

Tribeca, founded by Robert DeNiro and Rosenthal in the wake of 9/11, has established itself as a major champion of independent cinema.

Last year, the annual event dropped the word ‘film’ from its title to embrace storytelling across movies, television, virtual reality, gaming, and podcasts.

On Sept. 20, Tribeca will open submissions for all categories, including feature and short films, episodic storytelling, immersive, podcasts, online premieres, and branded entertainment.

“BIG NEWS: Dates for the 2022 #TribecaFestival have been confirmed! Join us June 8-19 as we celebrate innovative storytelling from creators across the world in #NYC. Submissions for #Tribeca2022 open on Sept. 20 for all categories,” read the tweet.

The 2021 version of Tribeca was held in June across all five boroughs of New York City in a mix of indoor and outdoor venues.

Jon M. Chu’s splashy musical ‘In the Heights,’ Steven Soderbergh’s crime drama ‘No Sudden Move‘ and Chappelle’s documentary ‘This Time This Place’ were among the movies to premiere at the festival.

“We loved kicking off summer 2021 and were so proud to lead the re-opening of New York by bringing film and entertainment to communities in all five boroughs,” said Jane Rosenthal, Tribeca Enterprises, and the Tribeca Festival co-founder and CEO.

We’ve provided a platform for storytellers to share incredible stories across film, television, games, podcasts, and immersive for two decades. That tradition continues in 2022 as we welcome storytellers everywhere to submit their work for next year’s festival, Rosenthal said.

“Reflecting on where we are in this particular moment, we believe a combination of an indoor/outdoor festival will be the most exciting way to unite international audiences and our local community in this wonderful city next June.”

“We’re excited to welcome back creators from all mediums, entertainers, and our audiences for another memorable experience,” said Paula Weinstein, the chief content officer of Tribeca Enterprises.

“In 2022, we look forward to creating new ways to enjoy their work across New York’s unbeatable options of theaters, parks, rooftops, and other innovative venues across the city,” said Weinstein.