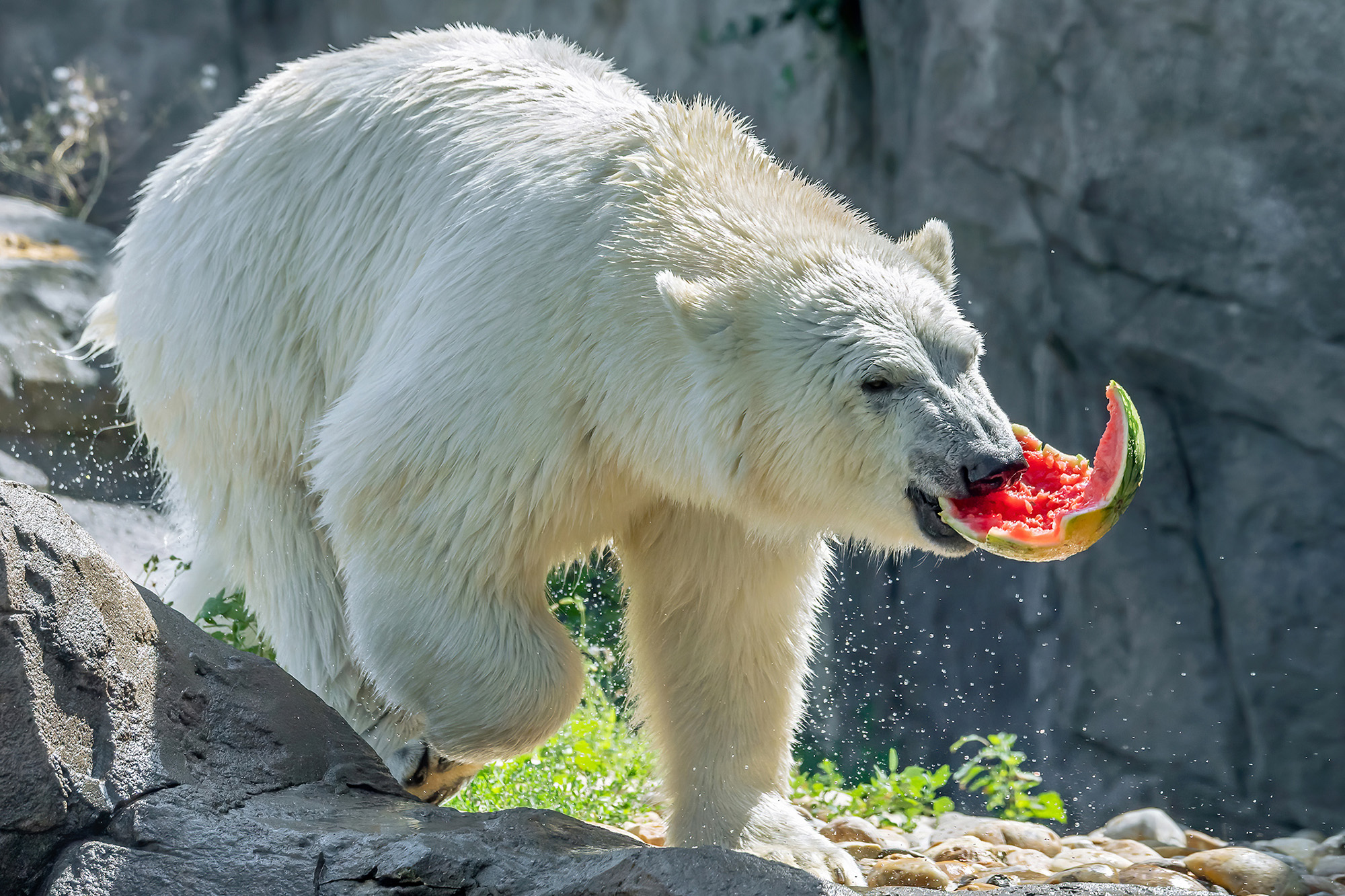 A variety of animals at an Austrian zoo celebrated National Watermelon Day by savoring the delicious summer fruit.

Residents of the Tiergarten Schonbrunn Zoo in Vienna enjoyed the flavorful taste of the vine-like flowering plant as they celebrated the event.

Watermelon is 92 percent water, which makes its ideal for animals in the summer heat.

Watermelon dates back 5,000 years to Southern Africa, where the drought-tolerant ancestor of the fruit thrived in arid climates. Watermelon cultivation began in the Nile Valley as early as the second millennium B.C., while wild watermelon seeds were even found in Pharaoh tombs, including King Tutankhamun‘s.

From Africa, the sweet and juicy fruit spread to Mediterranean countries and other parts of Europe. Its cultivation also became common in China and the rest of Asia.

Watermelons even got a biblical shout-out. In Numbers 11:5, it’s noted as one of the foods the Israelites wanted after the exodus from Egypt. “We remember the fish we ate in Egypt at no cost — also the cucumbers, melons, leeks, onions and garlic,” the verse says.

Capybaras Lucy and Leopold, native to South America and the largest living rodents on Earth, were particularly excited to try the watermelon, which zookeepers placed in their enclosure.

“Capybaras mainly eat hay and grass. Vegetables and pellets are also on their menu. Fruit is a rare delicacy — like chocolate for us. The watermelons were devoured in no time. No wonder, they are very sweet and refreshing,” said Alexander Keller, zoo manager.

Other animals from the South American section, especially the lowland tapirs and rheas, also tasted the juicy and sweet watermelon flesh.

Larger animals were equally pleased by the treat. Polar bears Finja and her mother, Nora, used the watermelons as toys. They started playing with them as soon as zookeeper Alessa Esau threw them into their water basin.

“Finja is still such a water rat, as she was from an early age. They play with the watermelons as if they are balls, and then eat them,” said Esau.

Since polar bears are omnivores, their diet mostly consists of meat and fish, though zookeepers also include vegetables and fruits in their meals.

As the two of them are almost the same size, they enjoy measuring their strength in playful combat.

The polar bear is listed as “vulnerable” International Union for Conservation of Nature (IUCN) Red List of Threatened Species mainly due to habitat loss caused by climate change. An estimated 31,000 representatives of the species are left worldwide,