At least eight people have been killed and thousands of people evacuated from their homes.
By Ipek allahyari August 4, 2021
Facebook
Twitter
Linkedin
Email 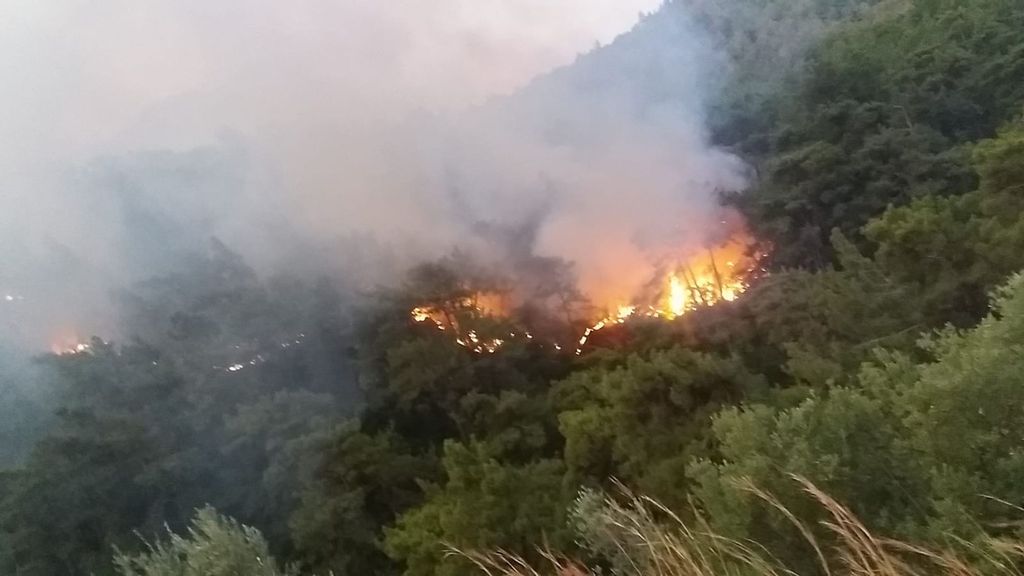 A forest fire rages in at the Turunc holiday resort in the Marmaris district of Mugla Province, Turkey. (Newsflash)

Pro-government media in Turkey are reporting that the Children of Fire initiative, linked to the Kurdistan Workers’ Party (PKK), has claimed responsibility for starting fires that are ravaging the Turkish Riviera.

Turkey regards the PKK as a terrorist organization.

The fires broke out around noon on July 28 at four places in the district of Manavgat in Antalya, a major resort area for tourists on the southern coast.

The Children of Fire Initiative reportedly said in a statement that the fires were in response to “the fascist Turks who invaded and exploited our country and pillaged our nature by burning it.”

President Recep Tayyip Erdoğan on Saturday visited the southwestern town of Marmaris, another vacation spot, which has been declared a disaster area.

Erdoğan also announced the arrest of a suspect accused of starting a fire in a local forest.

“There is one detainee in Milas. If this is sabotage, we must punish those responsible,” he said during a visit to a local crisis center.

The battle against wildfires continues in Antalya’s Manavgat, Gundogmus, Musla, Marmaris, Koycegiz and Milas districts. At least eight people have been killed and nearly 119,000 hectares (294,000 acres) of land burned, according to the European Forest Fire Information System. Thousands of people have been evacuated from their homes.

Firefighters have brought 57 fires under control, but at least 1,140 locations were still burning as of Tuesday. Area residents have been helping out by using their vehicles to transport water to affected sites.

Erdoğan said that several planes have been dispatched to battle the fires along with 38 helicopters, nine unmanned aerial vehicles, 680 water-supply vehicles and around 4,000 personnel.

Other countries also offered help. Russia, Iran, Ukraine and Azerbaijan sent firefighting planes, and similar aircraft were headed to Turkey from Spain and Croatia as the fires continued to burn for the seventh day. The government has faced criticism from some who say the administration was ill-prepared to address large-scale wildfires.

“The EU stands in full solidarity with Turkey at this very difficult time,” The European Commission said in an Aug. 1 statement. “… Our thoughts are with the Turkish people who have lost their loved ones and with the brave first responders who are doing their best to battle the deadly fires. We stand ready to provide further assistance.”

The fires have happened during months of severe drought and extreme temperatures in the country. Hot air from North Africa has resulted in a heat wave across southern Europe, helping to fuel wildfires across the Mediterranean region.