The city has defended the nation's sovereignty throughout its history, fighting various armies that challenged its independence.
By Christian Valera Rebolledo August 4, 2021
Facebook
Twitter
Linkedin
Email 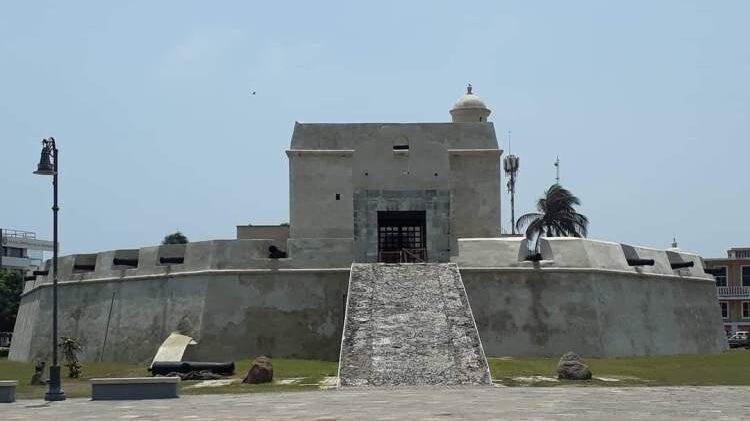 Veracruz was the door through which the Spanish conquistadors arrived in Mexico. It is also the port where they created the first town hall in North America.

However, throughout the city’s history, it has been the scenario of different battles. As a result, it is known as the ‘Four Times Heroic’ (Cuatro Veces Heroica), the only place in Mexico to hold this distinction.

“President Miguel Alemán decreed, in 1948, that the Port of Veracruz would receive the distinction of ‘Four Times Heroic,’ the only part of the country that has such a distinction,” said Mariana Hernández, a high-school history teacher from Veracruz.

“It comes from the fact that the port has been part of important events throughout Mexico’s history: the Independence, the French Intervention, the Mexican-American War and the Mexican Revolution,” said Hernández.

The first heroic event, pertaining to Mexico’s Independence, comes four years after the signing of the Tratados de Córdoba, when Mexico gained its Independence. Spanish forces, which denounced the Independence, tried to reconquer Mexico, took control of the San Juan de Ulúa fortress, and raided the city of Veracruz.

For several years, Mexican forces besieged the fort and forced the last presence of Spanish troops out of Mexico. A year later, in 1826, by decree of the first Local Congress, Veracruz gained its first title of Heroic in its seventh article.

Years later, France demanded compensation for French citizens living in Mexico whose businesses had suffered damages, due to the Independence and other revolts. Mexico refused such demands. Thus, on November 27, 1838, the Mexican army repelled attacks from the French army in a war humorously called the Pastry War.

“Due to this conflict, the Mexican government honored, through various decrees, the defenders of Veracruz, who were both military men and civilians. Further, in 1900, the local legislature granted Veracruz its second Heroic title,” said Hernández.

Its third distinction was due to its importance during the Mexican-American War (1846-1848). In Mexico, this war is known as the American Intervention.

“It was a cruel and arduous conflict. The American army managed to impose themselves over the Mexicans, but they did not count on how brave and defiant the defenders were,” said Hernández.

Finally, on April 21, 1914 — while the Mexican Revolution still raged on — the Port of Veracruz suffered another invasion from the United States. The Wilson administration did not recognize Victoriano Huerta as president of Mexico, despite the coup — which ended in the murder of President Francisco I. Madero — and had the support of both the German Empire and the Taft administration.

“The defense of the port and city was undertaken by the cadets of the Heroic Military Naval School and the city’s civilian population. Men of great courage died not only defending Veracruz but the entire country. Unfortunately, due to this event, the relationship between Mexico and the United States was fractured for a long time,” said Hernández.

The Mexican government has deemed it necessary, given these momentous events, to honor the sacrifices and bravery Veracruz gave to defend Mexico’s sovereignty by naming it Heroic four different times.