Furious friends say she died of dehydration in searing 110 degree heat when her companion left her to go on to the summit.
By Joseph Golder August 4, 2021
Facebook
Twitter
Linkedin
Email 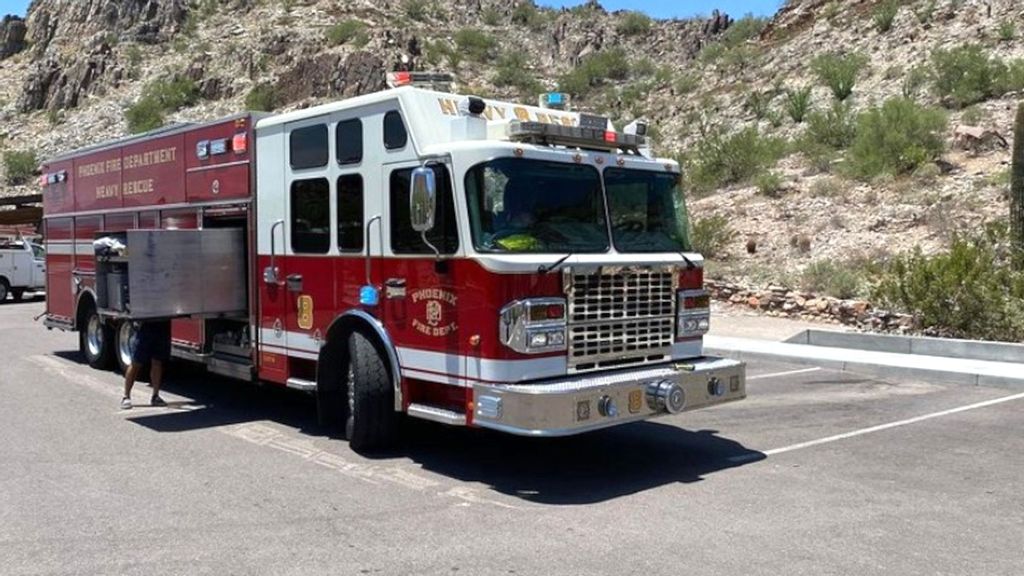 Technical Rescue Teams on scene in Phoenix, Arizona, on July 30, 2021, during the search for Angela Tramonte, who was found dead near the base of the mountain. (@phoenixfiredepartment/Zenger)

A young woman died on July 30 while hiking up a mountain in Arizona in the searing heat with a police officer pal that she met on Instagram, who allegedly left her when she began having difficulties.

Angela Tramonte, 31, from the town of Saugus in the Greater Boston area, was visiting a man she met on Instagram two months ago in Phoenix.

Tramonte was visiting Phoenix for the first time to meet her Instagram friend, name not disclosed, according to Tramonte’s friends.

He took her hiking up Camelback Mountain, said to be a difficult climb even for experienced hikers, in the intense July sun. They set off around 10 a.m. without water. The temperature that day ended up being around 104 degrees, according to the National Weather Service.

According to fire officials, Tramonte decided to turn around because it was too hot, however, her partner, who friends said was a Phoenix police officer, wanted to keep going to the top, so they separated.

When the officer couldn’t find her on his return down the mountain, he called 911 and reported her missing around 1 p.m.

Tramonte’s body was found near a property at the foot of the mountain about four hours later.

Police said she probably collapsed while seeking assistance for dehydration and heat exhaustion. There were no signs of traumatic injury in either the initial investigation or the autopsy.

The officer who was with Tramonte is cooperating with investigators, police said. He has been offered personal time off and resources “to deal with this tragedy.”

Phoenix Fire Department spokesperson Capt. Rob McDade said it was “just another reminder of just how unrelenting and unforgiving the elements of the Sonoran Desert can be.”

Foul play is not suspected at present, however, the victim’s friends say the circumstances of Tramonte’s death appear suspicious.

The investigation into her death continues.

Camelback Mountain and nearby Piestewa Peak have been a sticking point in Phoenix for at least five years, with the Phoenix Fire Department and Phoenix Parks and Recreation Department promoting a hiking safety campaign in an attempt to reduce the number of rescue calls put through to the fire department.

The fire department sent nine rescuers home for health reasons in June after several back-to-back rescue operations. Two of the firefighters ended up in the hospital. As a result the Phoenix Firefighters Union asked the Parks and Recreation Board to shut down some parks during extreme heat.