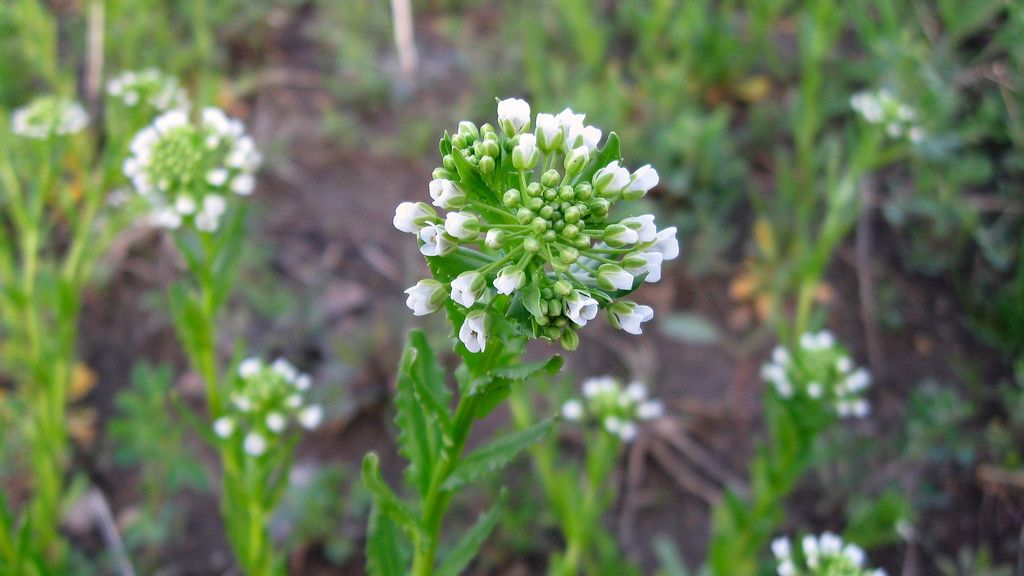 Growing the weed, pennycress, often called stinkweed, as a crop requires less fertilizer and fewer pesticides than other plants that can be used to make renewable jet fuel, according to a study. (Benet2006/Flickr (CC BY 2.0))

The study was recently published in the journal ‘Applied Energy.’

Growing the weed, pennycress, often called stinkweed, as a crop requires less fertilizer and fewer pesticides than other plants that can be used to make renewable jet fuel, as per the study.

Pennycress also requires fewer farm operations, such as soil tilling, than other potential biofuel crops, reducing the associated environmental costs. Those costs include carbon dioxide emissions that cause the climate to change, as well as other emissions that pollute the air.

Environmental impacts could be further mitigated through farm management techniques that keep fertilizer on fields, rather than allowing it to run off into nearby watersheds, the study suggests.

Such techniques can add to the financial cost of growing crops but reduce their environmental footprints.

“Reducing greenhouse gas emissions from air travel will mean not just incremental changes, but a fundamental change in how we have been producing fuel and where that fuel comes from,” said Ajay Shah, senior author of the study and associate professor of food, agricultural and biological engineering at the Ohio State University in Wooster.

“What we found is that pennycress might make a very good alternative fuel, especially when you consider the environmental costs of producing it.”

For this study, the researchers estimated the environmental impacts of growing pennycress, transporting it to a biorefinery, and converting it to usable jet fuel.

They also accounted for the environmental costs of burning leftover byproducts of refining the pennycress seed into fuel.

Those environmental costs include fertilizer and pesticide use, water consumption, and the energy required to harvest and transport pennycress seeds from a farm to a biorefinery and process them into usable fuel.

The researchers built computer models to determine how much total energy it would take to produce jet fuel from pennycress seeds and compared those estimates with the energy needed for producing biofuels from other crops.

The data for the models came from existing studies about biofuel production.

Pennycress oil production used about a third as much energy as soybean oil production, the researchers found, and the energy needed for turning pennycress into jet fuel was about the same as that used to produce fuel from the flowering plant camelina, another biofuel crop.

“But calculating the environmental impacts of alternative bio-based fuels should help both farmers and policymakers as they try to limit carbon dioxide in the Earth’s atmosphere and, hopefully, to slow or stop climate change.”

“Pennycress also makes an appealing alternative jet fuel because of its growing season,” he said.

“It is a winter cover crop that can be grown between corn season and soybean season, giving the same body of farmland an extra production cycle each year.”

“Pennycress can be planted when corn is still standing in the field, before the corn harvest,” he said.

“And it can be harvested before the soybean crops are planted. The bottom line is it can be used as a cover crop, it doesn’t divert any agricultural production land, and it has suitable properties for renewable jet fuel production.”

Greenhouse gas emissions from air travel contribute to climate change, accounting for about 2 percent of all human-induced carbon dioxide emissions, as per various groups that study the effects of transportation on climate change.

“Reducing those emissions will almost certainly mean finding cleaner alternatives to jet fuels made from fossil fuels,” Shah said. “Studies like this one can help determine the best alternative.”

“When it comes to pennycress, production and logistics are the big contributors to both the environmental impacts and the costs, and those are the challenge areas — they have to be streamlined and solved to make it more efficient,” he said.

“If we could improve those areas, we could make production more energy-efficient and substantially lower the costs and environmental impacts.”

This work was supported by funding from the US Department of Energy.

«Previous Post
Weigh To Grow: People Who Load Their Plates At All-You-Can-Eat Buffets Will Pile On The Pounds»Next Post
VIDEO: Tornado Terror: Shocking Images Of Killer Twister As It Rips Through Town