Serosurvey Does Not Cover Granularity At State Level For Covid-19: Indian Government 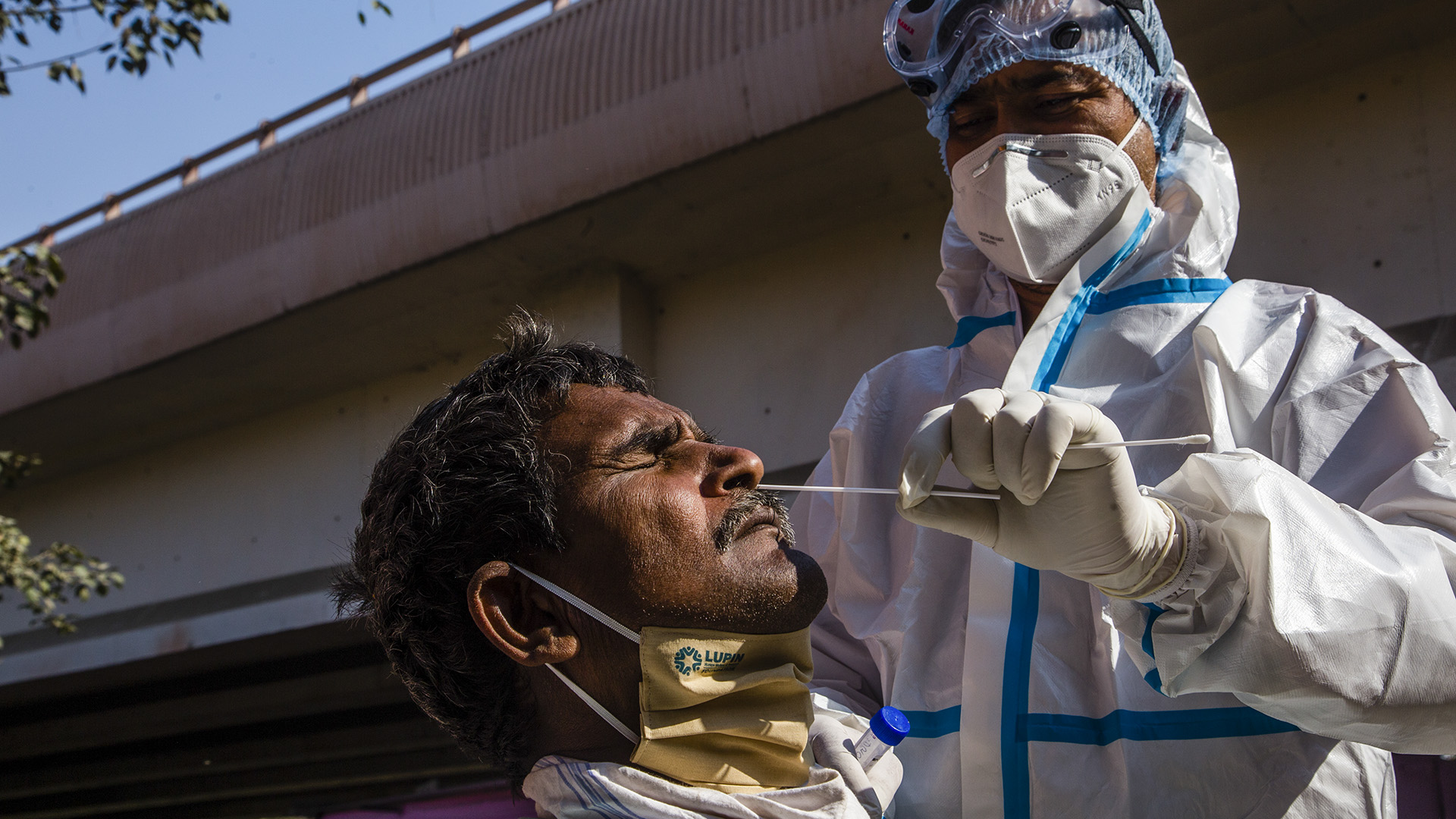 An Indian health official uses a swab to collect sample from a man to conduct tests for the coronavirus disease (Covid-19). (Yawar Nazir/Getty Images)

NEW DELHI — An official of the Indian government’s think tank for policy, NITI Aayog, has said that serosurveys cannot be extrapolated to estimate mortality rates of Covid-19 or undercounting of the number of coronavirus infections.

“Serosurveys are not meant to cover granularity at the level of the state,” NITI Aayog member (health) V.K. Paul said on July 3, amid allegations by certain opposition leaders, that the Indian government had undercounted Covid-19 cases.

“Serosurvey is carried out with the specific purpose of enunciating how many people have previous experience of Covid-19,” said Paul when asked about the fourth round of Indian Council for Medical Research’s national serosurvey.

“It isn’t meant to cover granularity at the level of the state. This isn’t the way interpretation of data should be done or convey misleading info.”

Recently, the Indian Council of Medical Research (ICMR) announced the results of the fourth countrywide serosurvey, which revealed that two-thirds of the country’s general population has developed SARS-CoV-2 antibodies, and 40 crore people are still vulnerable to novel coronavirus.

“All the serosurvey that has been done is for portraying the national picture of Covid-19. That only covers the overall picture,” said Paul.

“That’s why an official picture of the serosurvey should be seen in the national context. Having said that, remember if the antibody is found in any person, it shows that the person has been exposed to Covid-19. It does not mean it was a serious disease. It doesn’t indicate a life-threatening situation.”

The fourth edition of the national serosurvey was conducted in 70 districts in June-July and included children of 6-17 years of age. The fourth serosurvey found the overall seroprevalence of India to be 67.6 percent.

“Also, if the person has not got himself tested, it is more likely that the situation may have been asymptomatic or totally know to the individual,” Paul said.

“In most cases, above 80 percent cases, there are no symptoms. You are totally unaware. This situation can not be equated with a situation where there is a significant chance of mortality. Serosurvey includes a huge number of people who are asymptomatic, extrapolating those into the count is irrational and biased.”

Paul also said that the vaccination could be a reason why antibodies are found in any individual.

Meanwhile, Paul said that the Delta variant of the Covid-19 virus was a dominant problem, and the second wave is still prevalent in the country.

Secretary of Union Health Ministry, Lav Agarwal said that Kerala is now the only state with more than 100,000 active cases. This is followed by Maharashtra with 78,000 and Karnataka with 24,000 active cases.

Agarwal said that the national weekly positivity rate had dropped below 2 percent for the first time in three months in India.

“There are 44 districts where the case positivity rate is over 10 percent,” said Agarwal.

“These districts are in Kerala, Manipur, Mizoram, and Nagaland, among others.”