The result of thousands of years of limestone erosion, these pools offer a singular connection to the natural world.
By Vanessa Sam August 4, 2021
Facebook
Twitter
Linkedin
Email 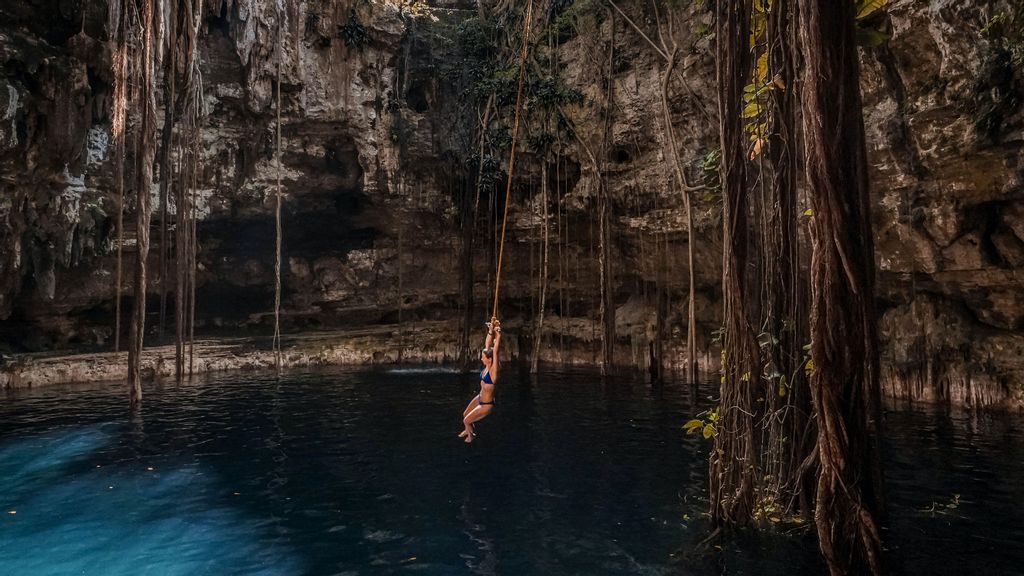 Southern Mexico has several cenotes where adventurers can do ecotourism in order to connect with nature. (Free Birds/Unsplash)

The word ‘cenotes‘ comes from the Mayan “tz’onot.’” They are underground water pools akin to wells and reservoirs.

For ancient cultures, these places were sacred sites where people could get in touch with their gods. Today, they are tourist destinations that allow visitors to connect with nature and swim in crystal-clear relaxing waters in a spectacular landscape.

Mexico has a variety of cenotes in its southeastern region.

These are places that seem to be out of this world. Aquatic paradises where visitors can swim, dive in its waters or relax on the cenote’s rocks and grottos.

Cenotes are underground water pools supplied by underground rivers that have eroded the limestone that surrounds them.

The shape of each cenote is dependent on its age. Those who do not have a ground opening are considered young, but accessing them is difficult and dangerous. Those with partial openings are considered mature, while those with complete openings, older cenotes, are among Mexico’s most visited destinations.

The erosion of limestone is ongoing. Cenotes are constantly opening, forming stalactites from the water that continually drips from the top. The formation of a cenote can take between 4,000 and 5,000 years to reach an opening 0.9 inches.

With a length of over 51 miles, the enormous cenote contains turquoise water, where divers watch fish swim. Its name comes from the two circular cenote openings that look like a pair of eyes when viewed from a significant height.

The most popular in the Riviera Maya region, a tourism region south of Cancun, is the Gran Cenote. It has a half-moon shape and is one of the favorite diving spots for those wishing to practice the sport. Another important cenote, the Cenote Azul, which is 98 feet deep, is also highly popular. Other famous cenotes in the region are Cristalino and Jardín del Edén.

The most beautiful cenote in the Yucatán Peninsula is Ik Kil. Its dark waters, surrounded by vines and flowers, are considered especially peaceful. Another famous cenote in Yucatán is Xkeken, also known as Dzitnup. It is located 104 miles from Merida and 102 miles from Cancun.

Some people visit these places to learn about the region’s biodiversity. There are many tortoises, toucans and iguanas inhabiting the area.

For those who love nature, adventures or ecotourism, discovering these cenotes can be a remarkable experience.