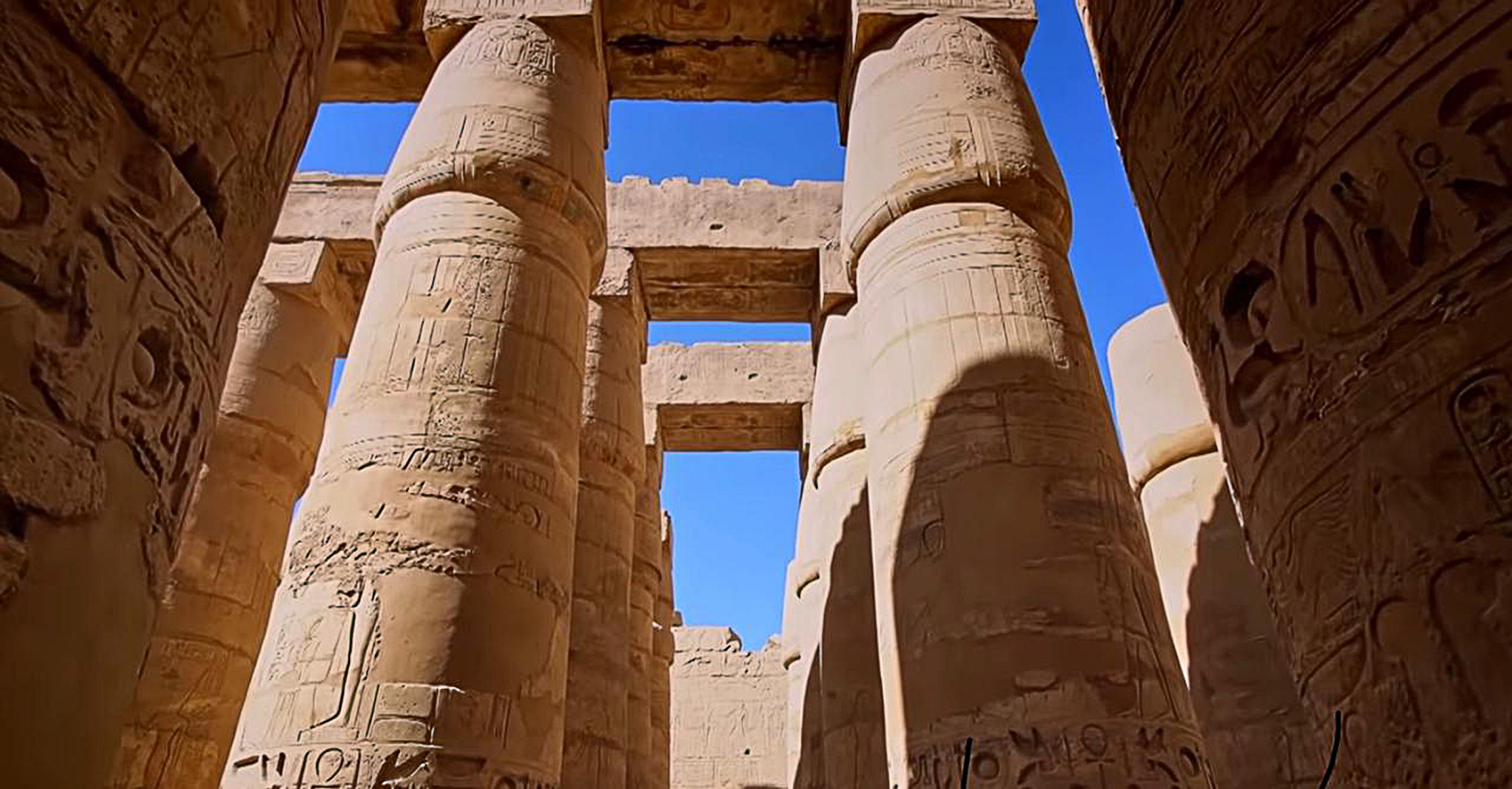 The columns hall of Karnak temple is being restored for a ceremony for the Rams Road Development Project, opening in Luxor, Egypt. (Newsflash)

A team of experts is working to restore an Ancient Egyptian monument, which is also a popular tourist site.

The Great Hypostyle Hall, located in the Karnak temple complex near the city of Luxor, is being restored before the opening of Rams Road, according to Egypt’s Ministry of Tourism and Antiquities.

The hall, which dates to the time of Thebes, is noted for its giant pillars.

The road of rams in the temples of Karnak was known under the name of Ta-Mit-Rahnat which translates to Al-Kebbash Road. Along the 1,700 miles long road, there are 1,200 statues carved from a single block of sandstone with a cornice inscribed with the name of the king.

Moviegoers have viewed its artistry in numerous blockbusters, including next year’s “Death on the Nile,” “The Spy Who Loved Me,” a 1977 James Bond film, and “The Mummy Returns,” a 2001 horror film.

The ministry said restoration of the first column in the great hall was around 60 percent finished and that experts were restoring their original colors and removing marks and blemishes.

Mostafa al-Waziri, the secretary-general of the Supreme Council of Antiquities, said the first stage of work is focused on the pillars with inscriptions.

After completing work on those columns, specialists will start work on the remaining pillars.

Ghareeb Sonbol, the consultant for restoration at the Supreme Council of Antiquities, said 134 pillars rising to 65 feet in height (20 meters) are located in the Great Hypostyle Hall.

Sonbol said that a monument of King Thutmose II, also in the Karnak temple complex, and the hall of Luxor Temple will be included in the restoration work. Restoration was carefully planned to ensure only the most effective techniques are used on the ancient structures.

The Karnak temple complex is home to an array of decayed temples, chapels and other buildings near Luxor.

Construction of the complex began during the reign of Senusret I, the second pharaoh of the Twelfth Dynasty of Egypt in the Middle Kingdom — a period of ancient Egyptian civilization stretching from around 2000 B.C. to 1700 B.C. and continued into the Ptolemaic Kingdom from 305 to 30 B.C.

Gharib Sanbel, consultant for conservation and restoration at the Supreme Council of Antiquities, said restoration work also included the statue of King Thutmose II — the 18th-dynasty king of Egypt in the eighth edifice of the Temple of Karnak.

The Egyptian Ministry of Tourism and Antiquities is carrying out the work together with graduates of the restoration departments of Luxor and South Valley universities and the Institute of Restoration in Luxor.

«Previous Post
VIDEO: Smiles Better: YouTube Dancer Is An Even Bigger Hit After Taking Up Comedy»Next Post
VIDEO: Tornado Terror: Shocking Images Of Killer Twister As It Rips Through Town