Statistics that were obtained show two of those cases were partially vaccinated before their admission to the hospital. 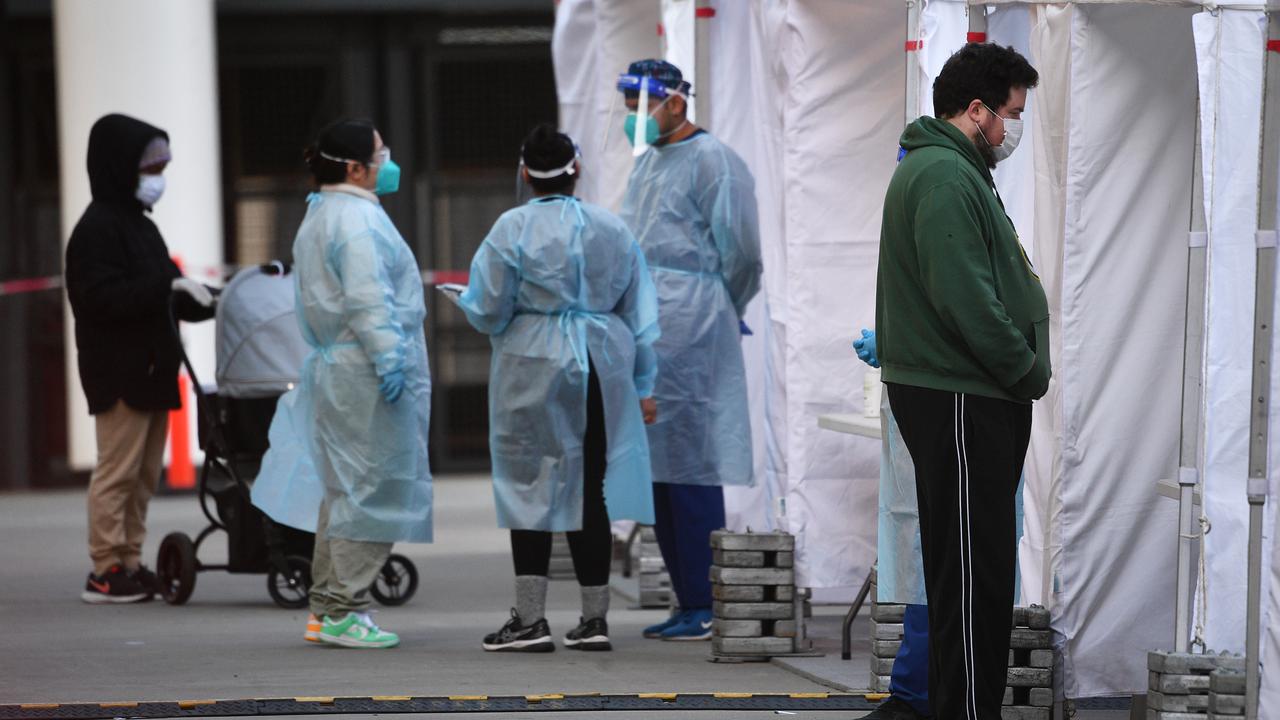 None of the people recently hospitalized in Victoria with coronavirus was fully vaccinated. (AAP Image)

MELBOURNE, Australia — None of the people hospitalized in Victoria with coronavirus following a recent Delta variant outbreak was fully vaccinated, although two had been given their first jab.

In his daily update on August 2, Chief Health Officer Brett Sutton said there were 10 Covid-19 positive patients in hospital, two of whom were in intensive care, including one on a ventilator.

Statistics that were obtained show two of those cases were partially vaccinated before their admission to the hospital.

Five patients were eligible but had not received their first dose, two were ineligible as they were under 40 years, and one was an unvaccinated returned traveler in hotel quarantine.

Of the two partially vaccinated people, one was in their 50s and the other 70 years and over.

Border bubble residents can now only state-hop for six reasons, including medical care, compassionate purposes, work, education, playing a sport, or getting vaccinated.

In another change taking effect in Victoria from August 4, group booking limits have been scrapped for hospitality venues, tours, and gyms but density limits remain.

On the back of the state’s third day without a “wild” case, Sutton said authorities would consider removing a ban on home visits at the end of the current two-week restrictions on August 10.

“We will have a long tail to this outbreak,” he said.

“There might be a week or more of a trickle of cases, and we need to make sure we can clear those remaining 3000 primary close contacts and make sure no one has been out in the community during their potentially infectious period that might kick this off again.”

“Victoria recorded zero locally acquired cases of Covid-19 on August 3. This is Victoria’s first day of zero locally-acquired cases since the current Delta outbreak began on July 12. There were no new deaths, and the state’s death toll stands at 820,” states the report of the Victoria Health department.

“Victoria has 99 active cases, 95 are locally acquired, and four are overseas acquired cases. The total number of Covid-19 cases reported in Victoria is 20,955.”

The report further stated that an overall venue cap of 100 people and density limits will continue to apply to food and drink facilities, with a cap of 25 and no density limit for those that are less than 100 square meters.

Limits of 100 people per indoor space and 300 per outdoor space will continue to apply to physical recreation facilities, as will density requirements. Venue capacity limits will apply to tour groups entering a venue.