Soldiers burned, froze, and then threatened to sexually assault a reporter to get a passcode for his phone, says colleague. 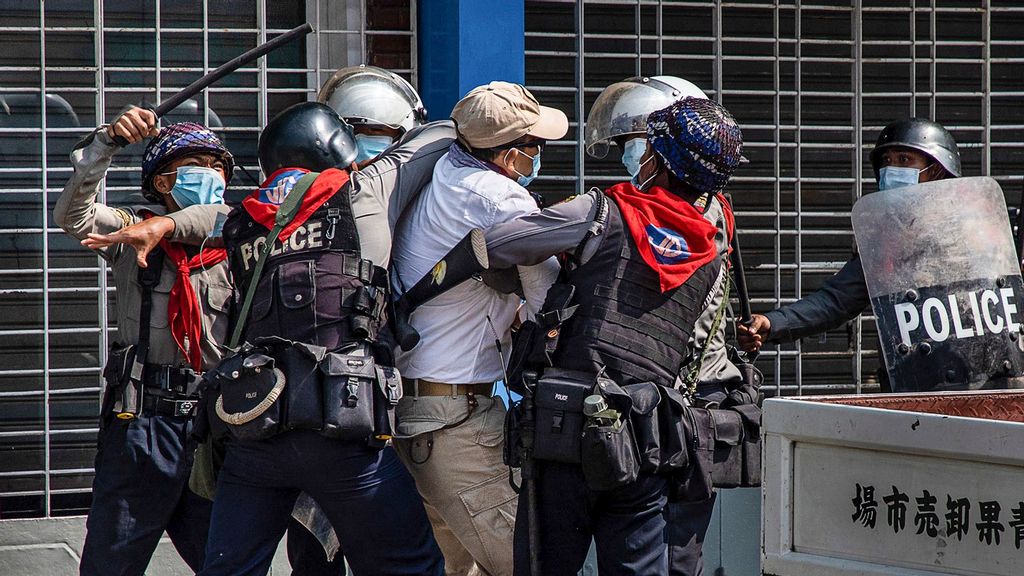 NAYPYITAW, Myanmar (Burma) — A journalist who was detained in Myanmar shared the horrific torture he endured at the hands of the Myanmar military.

Nathan Maung said he is still suffering the physical effects of the torture. He is one of nearly 7,000 people estimated to have been detained since the military in Myanmar seized power on Feb. 1. He spoke in an interview about what happened during his time in custody.

Nathan Maung, a Myanmar-born American journalist, was arrested on March 9. He said dozens of soldiers raided the Yangon office of the online news platform Kamayut Media.

“They broke office doors and pointed guns at us,” he said.

“They asked us to lower our heads. They took our office materials. Every single camera, computer, furniture — everything.”

They also arrested his colleague and Kamayut Media co-founder Han Thar Nyein and took them both, blindfolded, to a military-run interrogation center where, Maung said, “the terror began.”

“Two soldiers took me to a dark room,” he said.

“They interrogated me for three-and-a-half days non-stop without sleeping. No water for two days. I was sitting on a chair all the time with my hands cuffed at the back,” said Maung.

They asked him about his personal history, media activities, birth year, hometown, and school he went to. Throughout the interrogation, he was blindfolded, and his captors were beating him.

His interrogators became even angrier when Maung said he had been a refugee in Thailand long before moving to the United States. They demanded to know why he had fled Myanmar all those years ago.

Later, Maung found out that his colleague, Nyein, had been subjected to much worse because of his ties to members of Aung San Suu Kyi-led National League for Democracy.

“There are a lot of photos of him with Aung San Suu Kyi and with former president Htin Kyaw. And they saw the pictures, so he got beaten,” Maung said.

“They burned his skin with a cigarette. And there was a big ice block put on his legs for 24 hours.”

The military wanted access to Nyein’s cell phone. “He resisted giving them his passcode until,” said Maung, “they threatened to rape him.”

They were held in the interrogation center for 15 days before they were charged with spreading false information and sent to Insein Prison, which is known for its overcrowded and inhumane conditions.

Maung was released on June 14 and deported to the US the following day.

The military came to power in Myanmar on Feb. 1, 2021. Former civilian leaders were arrested over allegations of election fraud. Protests for several months afterward have gripped the country.

Myanmar’s military leader Min Aung Hlaing declared himself the Prime Minister of the country on Aug. 1. The leader announced that he would occupy the position for two more years during an extended state of emergency in the country.

The country would go for elections in 2023, as per the new prime minister.

«Previous Post
Doggies Bagged: Grisly Slaughter Of 300 Stray Dogs »Next Post
I Will Definitely Play In Paris Olympics And Give It My Best: India’s Ace Shuttler