Trio of QBs and two head coaches under scrutiny as league readies for its 102nd season. 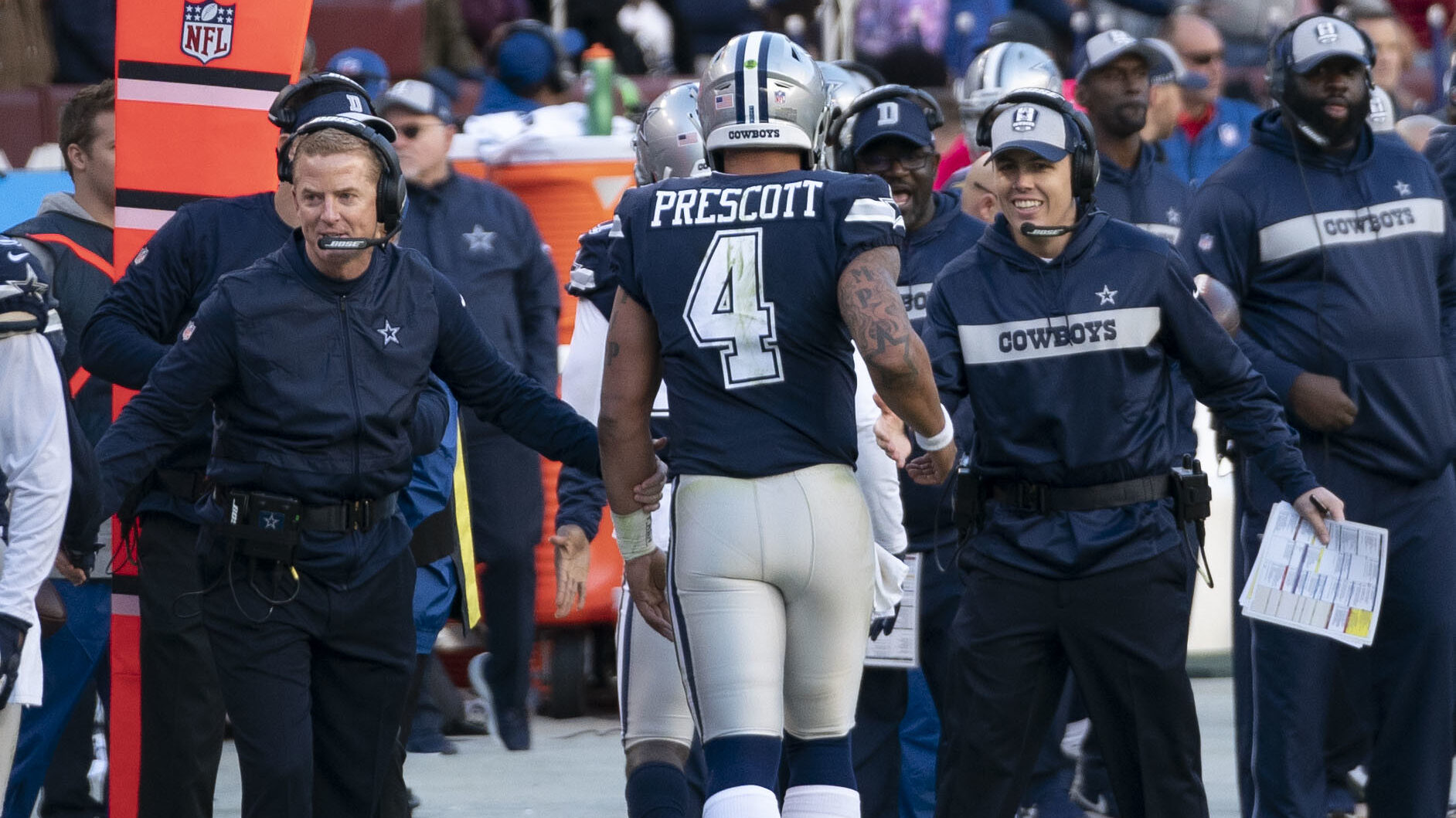 Dallas Cowboys QB Dak Prescott, who has recovered from a gruesome ankle injury that ended his 2020 season, is sidelined with a bad shoulder at the start of this year's NFL training camp. (KA Sports Photos/CC BY-SA 2.0)

The rise of minority quarterbacks and coaches in the NFL will be in the spotlight as a new season approaches. While the league hopes for a return to normalcy, including teams opening stadiums to full capacity and the addition of two more playoff teams, three black quarterbacks face challenges on the field and off, while a potential Hall of Fame coach’s legacy is tied to his aging QB, and another is looking to build a legacy with a young quarterback to which the organization hasn’t fully committed.

Here’s a look at each of those situations:

Six months ago, there seemed to be little to no chance that Deshaun Watson would still be the Houston Texans’ quarterback this upcoming season. However, it appears that will remain the case until his off-field legal troubles are resolved. In January, Watson made it known to the football world he wanted out of Houston because he didn’t like the direction in which the Texans were moving.

Watson has been disgruntled with Texans ownership for not consulting him when it chose to hire general manager Nick Caserio from the New England Patriots and first-year head coach David Culley from the Baltimore Ravens. On top of that, Watson now faces 22 civil lawsuits claiming he engaged in inappropriate sexual behavior during private massage sessions. But for now, Watson and the Texans are stuck with each other. He reported to training camp on time because according to the National Football League’s new collective bargaining agreement, it would cost him $50,000 per day if he held out.

However, with the scrutiny Watson is facing as the investigation continues, the probability that he never sees the practice field to minimize distractions grows with each passing day. Meanwhile, no criminal charges have been filed against the QB, and according to most accounts, Watson has been professional in his approach to camp through the first week.

If not the most talented then certainly the most polarizing quarterback in the NFL, Baltimore’s Lamar Jackson makes plays — and at the start of training camp he made one of the biggest headlines. Jackson, the 2019 NFL Most Valuable Player, has tested positive for COVID-19 as he did last November, despite being fully vaccinated this time. As a result, he once again finds himself dealing with medical protocols.

This is the final year of Jackson’s rookie deal, and head coach John Harbaugh assured fans that the QB’s contract extension would get done sooner rather than later. However, in a division (the AFC North) in which at least three of the four teams have legitimate chances to make the playoffs, Jackson’s inability to perform in the early stages of camp are a setback for a team that is hoping to see him evolve from playmaker to pocket passer. The Ravens were planning to work him more under center to trigger their offense during these preseason practices, but Jackson’s recovery has temporarily derailed that. He is not expected miss any time during the regular season, but the division doesn’t have much room for error, and any downtime for Jackson doesn’t bode well for Baltimore.

The Cowboys figured to keep their recovering starter at quarterback in bubble wrap while easing him back into the flow following the gruesome ankle injury that ended his 2020 season. However, two days into training camp, Dak Prescott suffered what is being called a “shoulder strain” that will prevent him from throwing for at least one week and is expected to keep him from playing when they kick off the preseason with the Pro Football Hall of Fame Game on Aug. 5 against the Pittsburgh Steelers.

Because the injury is not considered to be serious, Prescott is expected to start when the regular season begins in September. The move is considered more precautionary because the sentiment coming from Cowboys camp is that Prescott basically has to rebuild his arm strength and was too aggressive, so his passing shoulder needs rest.

“We have to see this thing play out,” Cowboys CEO Stephen Jones told DallasCowboys.com. “Obviously we’re going to err on the side of caution every step of the way.”

While the Pittsburgh Steelers limped to the finish line and were booted from the playoffs by the Cleveland Browns, they did open the 2020 season winning their first 11 games. Head coach Mike Tomlin has never finished with a losing record, but in a city still defined by the legacy of the “Steel Curtain” era, the longest-tenured coach in the AFC North has work to do to restore order in a division Pittsburgh has dominated going back to its days as the AFC Central.

Pittsburgh drafted running back Najee Harris from Alabama, filling the void that has been empty since Le’Veon Bell parted ways with the organization. The Steelers are expected to go back to the championship formula of running the football and physical defense that defined the early years of the Tomlin era. Harris was drafted to take the pressure off the pass-happy Steelers offense that was firing on all cylinders until last December. Tomlin made his quarterbacks coach, Matt Canada, the Steelers’ new offensive coordinator, hoping that his talented group of receivers — led by Chase Claypool and JuJu Smith-Schuster — will help them advance beyond the wild-card round of the playoffs this year.

Pittsburgh has not won a playoff game since the 2016 season. While there doesn’t seem to be mounting pressure on Tomlin yet, with future Hall of Fame quarterback Ben Roethlisberger in what could be his final season, the Steelers head coach faces pressure to make a Super Bowl run.

The Dolphins’ third-year head coach now appears firmly in charge in South Florida. The question is whether Brian Flores becomes the first coach from the Bill Belichick coaching tree to win a championship. His first big decision involves choosing a starting quarterback, and the fate of the entire season could depend upon that move.

Tua Tagovailoa has reportedly earned the trust of his locker room and is the projected starter in Miami. During the opening days of camp, Tagovailoa’s accuracy drew high praise from teammates and coaches alike, and he was lauded for having greater command of the offense at the start of his second training camp.

Flores plays everything close to the vest, so it’s hard to tell whether he’s truly sold on the second-year quarterback. But he appears to be following the playbook of his mentor in New England by creating a climate of competition at every position to keep players on the edge and focused.

«Previous Post
Now You Can Watch Almost Any Sports Match In The World»Next Post
I Will Definitely Play In Paris Olympics And Give It My Best: India’s Ace Shuttler