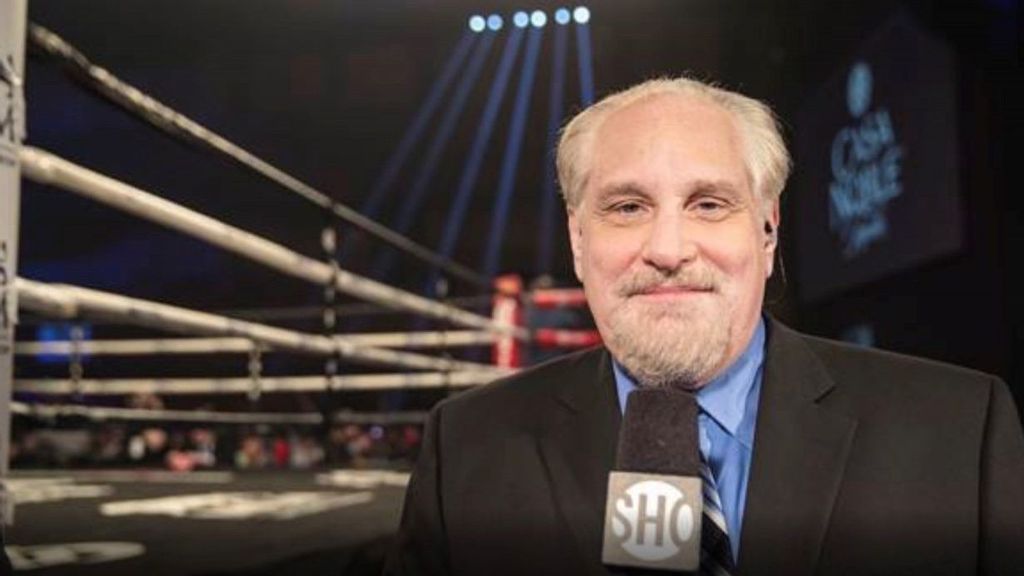 Al Bernstein has been the voice of boxing for over 40 years. A fan favorite, Bernstein brings an in-depth perspective of what’s happening in the ring in real time for Showtime/Sho Sports.

Bernstein was part of a prestigious class in 2012 when he was inducted into the International Boxing Hall of Fame, joining Thomas Hearns, Mark Johnson, Freddie Roach, Michael Buffer and Michael Katz. Not only has Bernstein been staying busy commentating for Showtime, but he also launched his “Al Bernstein: Unplugged” podcast on YouTube during the height of the pandemic. His podcast includes interviews with sports figures (mainly boxers), entertainers and celebrities.

Bernstein chatted with Zenger about how his podcast came into being, his bucket list for guests and a preview of the highly anticipated welterweight showdown between WBC and IBF champion Errol Spence Jr. and boxing icon Manny Pacquiao on Aug. 21. That bout in Las Vegas will be a FOX Sports PBC pay-per-view event.

Zenger: How are you enjoying the YouTube channel, “Al Bernstein Unplugged?”

Bernstein: It’s good. It hit me at a time now with all the fights, sneaking it in is tricky sometimes, but it’s really fun. I enjoy interviewing people. I wasn’t doing that as much over the last few years. I have enjoyed visiting with the different people, Larry Holmes, as well as the young boxers of today.

Zenger: And you have some non-boxers in. I thought you covered a lot of ground with former NBA player Rex Chapman, for example.

Bernstein: I enjoyed it. He’s an interesting guy. I wanted to chat with him, and what a nice guy. He was so cool. He was so open about everything and that was a lot of fun for me. I enjoyed him as a player when he played and now as the “King of Twitter.”

Zenger: How involved are you with selecting the guests?

Bernstein: I kind of do it. We figure out who is interesting and who we can get. I try to make it mostly boxing guests, but every now and then I’ll reach out. I’ve had some actors on, Rex and a few other people. Other than that, it’s been somebody that’s somehow related to boxing.

Zenger: Who would you like to have on the show that hasn’t been on yet?

Bernstein: I’d really like to have Usher on. He played Sugar Ray Leonard in “Hands of Stone,” the movie about Roberto Duran. He’s a cool guy, and of course I love music. That would be a fun guest.

Zenger: Was this show to occupy your downtime during the COVID shutdown or something you have always wanted to do?

Bernstein: A little bit of both. People have been telling me I should do something podcasting-wise. And because of COVID, we thought it was a good idea because people were home, and I had a little time. We really didn’t stay off that long from boxing, to be honest. We got back in relatively quickly because we were able to do those shows at the Mohegan Sun Arena [in Uncasville, Connecticut] in the bubble. But there was a period when I had more time off. So it was a combination of that, and thinking I should create something where I get to chat with all of these people again.

Zenger: I thought boxing did an amazing job of keeping fighters active throughout that time frame.

Bernstein: I agree. I think sports in general did, and thankfully boxing didn’t lack behind. I gotta give Top Rank and ESPN a lot of credit for leading the way with those cards. They were doing their best to put together cards and figure out ways to do it. They led the charge and everybody else jumped in. In general, boxing did a good job. The matches towards the end of last year were pretty good. And the good news for boxing is, the momentum continued into 2021. And for whatever reason, and I don’t know because there is no collective thinking in boxing, it all just kind of happens randomly.

Sometimes in boxing self-preservation kicks in. I almost think the people involved in boxing thought to themselves, this demonstrates there is no given about tomorrow. We better make sure we do the best we can to give people action that they would like, fights that they care about, and towards the end of last year, when boxing found its legs, there was some really good boxing and it’s continued this year.

Zenger: Manny Pacquiao will be facing Errol Spence Jr. I’m not sure if you have dug into the film room on this one, but I can’t recall many southpaws Errol has faced. Will that matter at all?

Bernstein: Oh boy, I haven’t dug in that far, and I’m not announcing that fight, so I’m not sure if I will. I know he’s faced a couple of southpaws, but I don’t know how many. I haven’t dug into those numbers. That adds additional flavor to it. It’s definitely something to look at, although most times when a lefty fights another lefty, it doesn’t create major problems like for a righty facing a lefty.

It’s extraordinary that Manny Pacquiao is still performing at this level. And amazingly&mldr; two or three years ago if you would have said Manny Pacquiao was gonna be fighting Errol Spence, you would be saying, “Oh my God, he’s going to get killed. That’s a bad idea.” Now, I think by the time we get to the fight, there will be a smattering of people who will be picking Pacquiao to win.

Zenger: During a time where legends aren’t frowned upon for taking an exhibition fight, or going into the commentating space, Pacquiao’s last three opponents have a combined record of 89-3-1, with his last two being undefeated. Now into his 40s, what does that say about him?

Bernstein: I always say, he punched his ticket to the Hall of Fame back in the day when it was him, Erik Morales, Juan Manuel Marquez and Marco Antonio Barrera, who I think are the mini versions of the “Four Kings.” You look at that and see who he fought during those times, and as he’s continued his career, for the most part he just didn’t sidestep anybody. Even {Adrien] Broner with all his peccadillos, still brought in a good record and was a viable opponent. Keith Thurman, another one, when it was originally suggested you thought, “Manny Pacquiao can’t deal with that strong guy,” and he did. It was a very close fight, but he won it. Now, here he is in there with Spence and people are not acting like this is some kind of slaughter.

Zenger: What are your preliminary thoughts on how that fight will go?

Bernstein: The way Manny Pacquiao is fighting now, it feels like decision win for Spence or potentially a late stoppage. But along the way, I think it’s going to be competitive and interesting.

Zenger: One of Errol Spence’s greatest assets is his focus. He doesn’t seem to get wrapped up in the potential fights down the line. He’s not overlooking Pacquaio. How do you view Errol?

Bernstein: I think that’s true. There is so much discussion about [Terence] Crawford. I think in some fights … like when you look at him against Shawn Porter, you could look at it one or two ways. That was a razor-thin fight, that some people think could have gone the other way. It was a great fight. Some may look at it as, Shawn Porter is a tough customer, because he absolutely is, and he is an elite welterweight. So, it’s him performing exceedingly well, or some may look at Spence and say, he was slightly disappointing because the fight was so close, and he was supposed to be dominating everybody. I kind of view it as mostly, Shawn Porter doing well as opposed to Spence disappointing. But I think Errol Spence does have a good focus.

It’s interesting that you’re asking this question because this is the ultimate “trap” fight, isn’t it? People talk about the trap game in football. It’s the ultimate of that because you’re facing a 42-year-old who you’re supposed to beat. Here is an example: When Iran Barkley fought Roberto Duran. Duran was dead. He was gone, nobody thought he would beat Iran as a middleweight. And Barkley had all these big fights waiting for him again. He was going to rematch [Tommy] Hearns, and all these other fights. And he fought well. I personally think he actually should have won the decision but put that aside because it was such a close fight. This is a trap fight just like that for Errol Spence. The perception is, he really is the favorite to win this fight, but yet there is danger.

Zenger: Adjustments will be important during this fight. That 60 seconds in between rounds can determine a lot, and we are privileged enough to see two of the best trainers, Freddie Roach, who has already cemented his legacy, and Derrick James, who is continuously adding to his do their thing on Aug. 21, as well.

Bernstein: That’s a very good point. We have the old guard versus the new guard. The fighters can make adjustments, what the corner can do with them, and I agree, that’s a fascinating part of this. James is certainly one of the best trainers in the sport, and Roach has obviously proved his mettle. There’s a lot of elements to this match that are fascinating. When you think about it, and you hit on it, for Pacquiao at 42 to fight this off as presumably his swansong. That’s actually kind of amazing. Because he could have made a lot of money, maybe not as much, but a lot of money fighting a lesser opponent. If he somehow comes up with the upset, you talk about burnishing your legacy.

The only major failure he would have had, of course he got knocked out by [Juan Manuel] Marquez, but they had four amazing fights. But the [Floyd] Mayweather fight was a failure for him. But you can’t look too much into Manny Pacquiao’s career, even with him having some losses, where you can say this guy didn’t perform at a terrific level. If he can get the upset, there will be history made.