Scientists and political leaders agree on an 80 percent Covid-19 vaccination target, worries on how it can be achieved.
By Paul Osborne August 4, 2021
Facebook
Twitter
Linkedin
Email 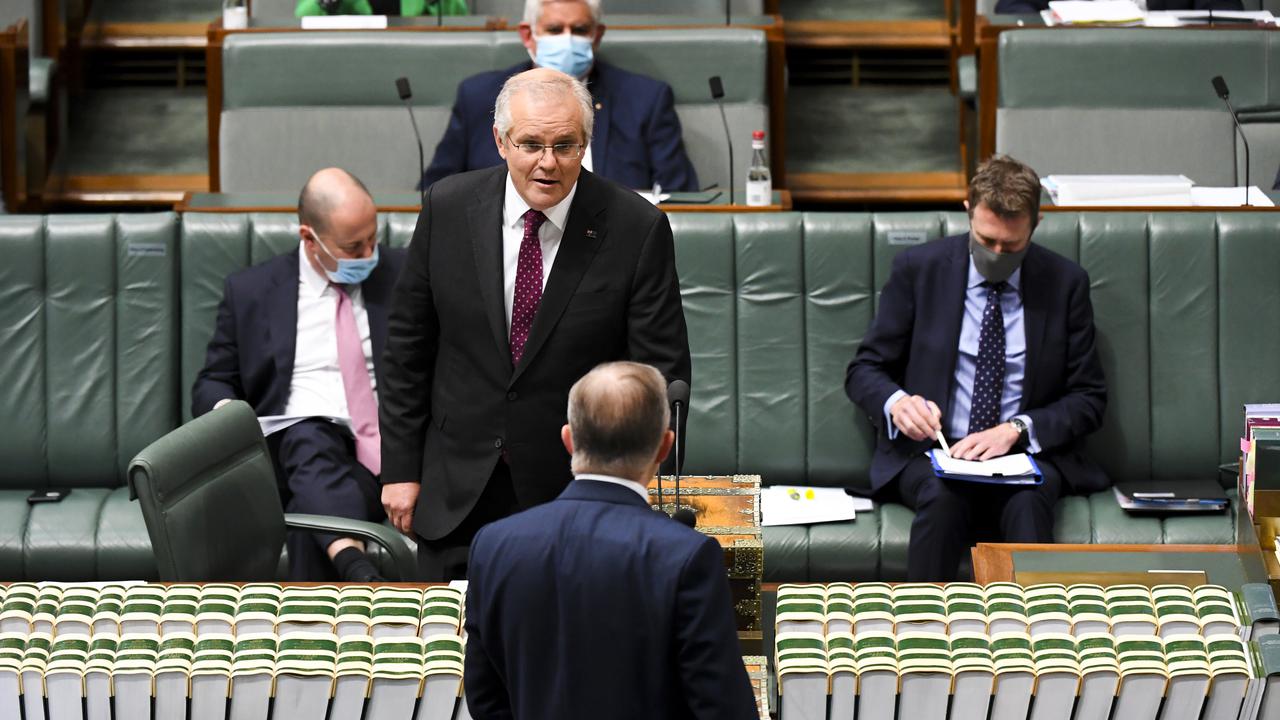 Scott Morrison and Antony Albanese are at odds over a Labor plan to offer AU$300 vaccination payments. (AAP Image)

CANBERRA, Australia — Labor Party of Australia has ignited a public debate over incentives to get vaccinated for Covid-19 with its plan for AU$300 ($222.30) one-off payments.

Scott Morrison and state and territory leaders have set a vaccination rate target of 80 percent before harsh restrictions will be a thing of the past, after receiving the latest health and economic research.

But scientists and political leaders are at odds as to how this can be achieved.

Opposition Leader Anthony Albanese said he wanted people at their local bowling club to be asking each other: “Have you got your AU$300 ($222.6), have you been vaccinated?”

“Incentives were important to get to the target,” said Scott Morrison.

“But the incentives being considered by the government were things like allowing vaccinated people to more easily travel, not recklessly spending Australian taxpayers’ money.”

“Currently, judging by long vaccine lines, not enough vaccine is the main issue, not hesitancy,” he said.

“Plus, this may make some needlessly defer getting vaccinated because they may think if they defer for a few months, they’re more likely (to) get $300.”

Morrison was taken to task by Labor, having previously set up a “no jab no play” program for the childcare system.

“The program was not about massively increasing child immunization rates but ensuring that others didn’t put those children at risk,” said Morrison.

Health Minister Greg Hunt said with 79 percent indicating in a recent survey they intended to get vaccinated, there was no need for cash incentives.

However, an online survey of 1618 United States participants pointed to cash payments being a positive incentive.

People who had not been vaccinated were invited to complete one of three videos offering two incentives, a cash voucher or an entry in AU$1 million ($740 million) lottery and one with only information on the Covid vaccine’s safety and efficacy.

After the three groups watched the video, researchers measured the click-through rate to seek further information on getting vaccinated.

Barnett said the research team found that 22 percent of those assigned to the cash voucher video clicked through to get information on getting vaccinated against Covid-19.

“But, to our surprise, the lottery group had only 14 percent click-through to vaccine-access information, which was even lower than the 16 percent of the control group—the vaccine information-only group—clicked through,” he said.

Morrison said getting more points of distribution and greater supply would be key to reaching the goal.

So far, 19.7 percent of Australians over 16 have received two doses of the vaccine.