Their native range is largely within the Arctic Circle. Here, they cool off from the summer sun.
By Georgina Jadikovskaall August 3, 2021
Facebook
Twitter
Linkedin
Email 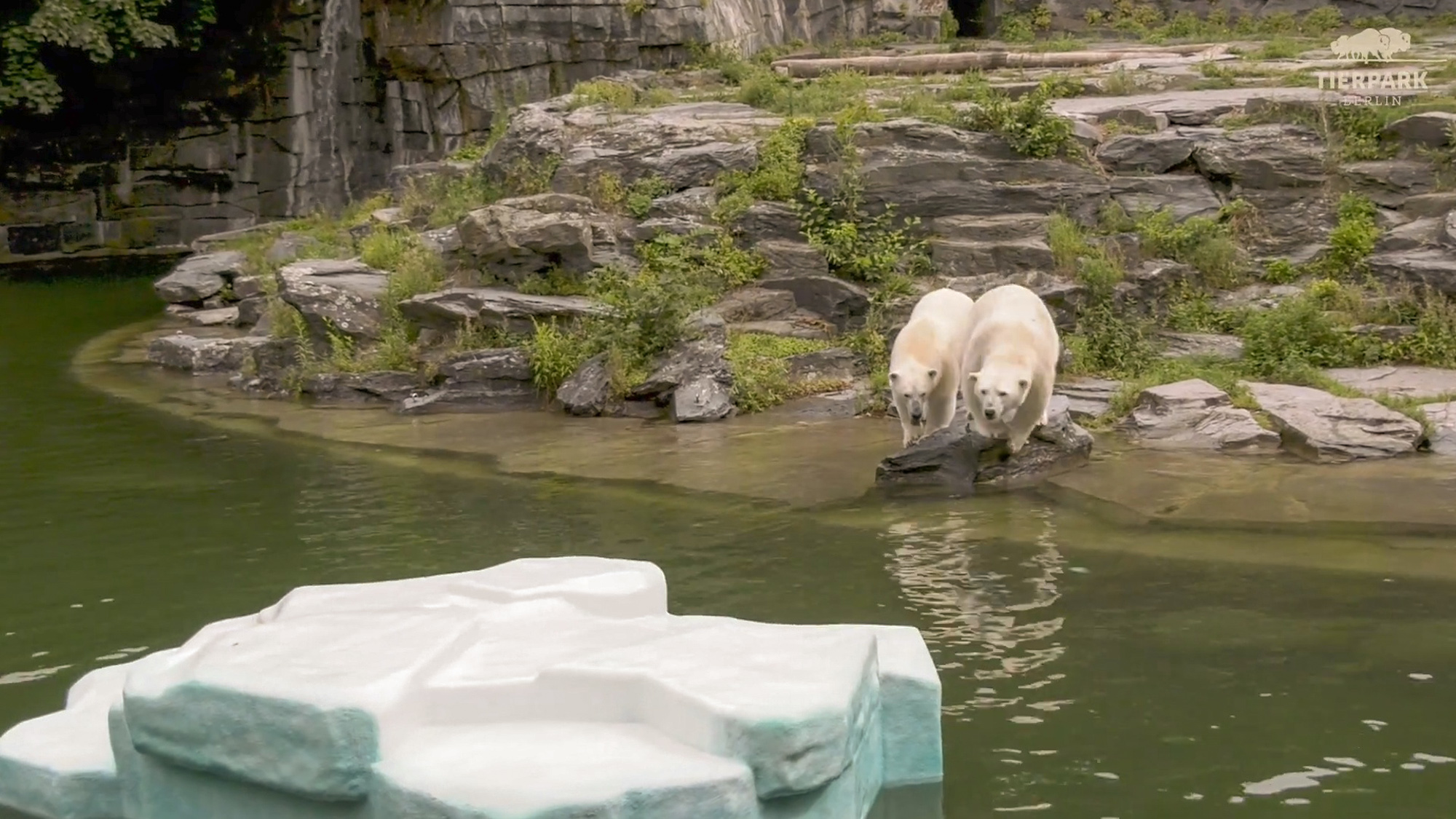 Polar bears named Hertha and Tonja prepare to jump into the water and explore the iceberg added for them at the Tierpark Berlin zoo in Germany. (Tierpark Berlin/Zenger)

Two polar bears from a zoo in Germany enjoy an artificial ice floe recently set in their enclosure.

Hertha and Tonja, at the Tierpark Berlin zoo in Germany, jump around and try out their new object of interest in a video the zoo posted on July 30.

The bears “carefully examined their new ice chunk from all sides,” the zoo reported.

“Whether they use it [the ice floe] as a ball shelf, or an aid to carry out a perfect jump into the cool water, or as an underwater hiding spot — our polar bears have a lot of fun playing in the water,” the zoo reported.

The zoo thanked all social media users and donors who made the construction of the ice floe possible.

The polar bear “has no natural enemies in its home in the Arctic and is a solitary animal that spends its time hunting for seals,” the zoo states on its website.

The species spends more than half of its time hunting for food and needs large amounts of fat to survive, which is why they hunt ringed and bearded seals. They are strong swimmers and can travel 6 mph by paddling with their front paws. The bears have 42 razor-sharp teeth, including jagged back teeth and canines larger than the teeth of grizzly bears.

Their body fat is critical, given weather conditions. Coupled with a water-repellent coat, it keeps them insulated from freezing air and water.

“During times in which prey is in abundance, they develop a layer of fat reaching 10 centimeters (4 inches). This and the thick fur keeps the polar bears warm in icy temperatures of up to minus 50 degrees Centigrade (-58 F) and is used as energy storage,” the zoo website states.

Despite an increase in the global population of polar bears from 22,000 to 31,000 in 2015, the species is listed as “vulnerable” by the International Union for Conservation of Nature Red List of Threatened Species.

According to various online sources, experts are predicting an extinction by 2,100 individuals if appropriate measures are not taken soon, given the bears’ habitat loss, malnutrition and starvation caused by climate change.