Car swerved round a traffic stop and smashed into the officer before fleeing at high speed.
By Joseph Golder August 3, 2021
Facebook
Twitter
Linkedin
Email 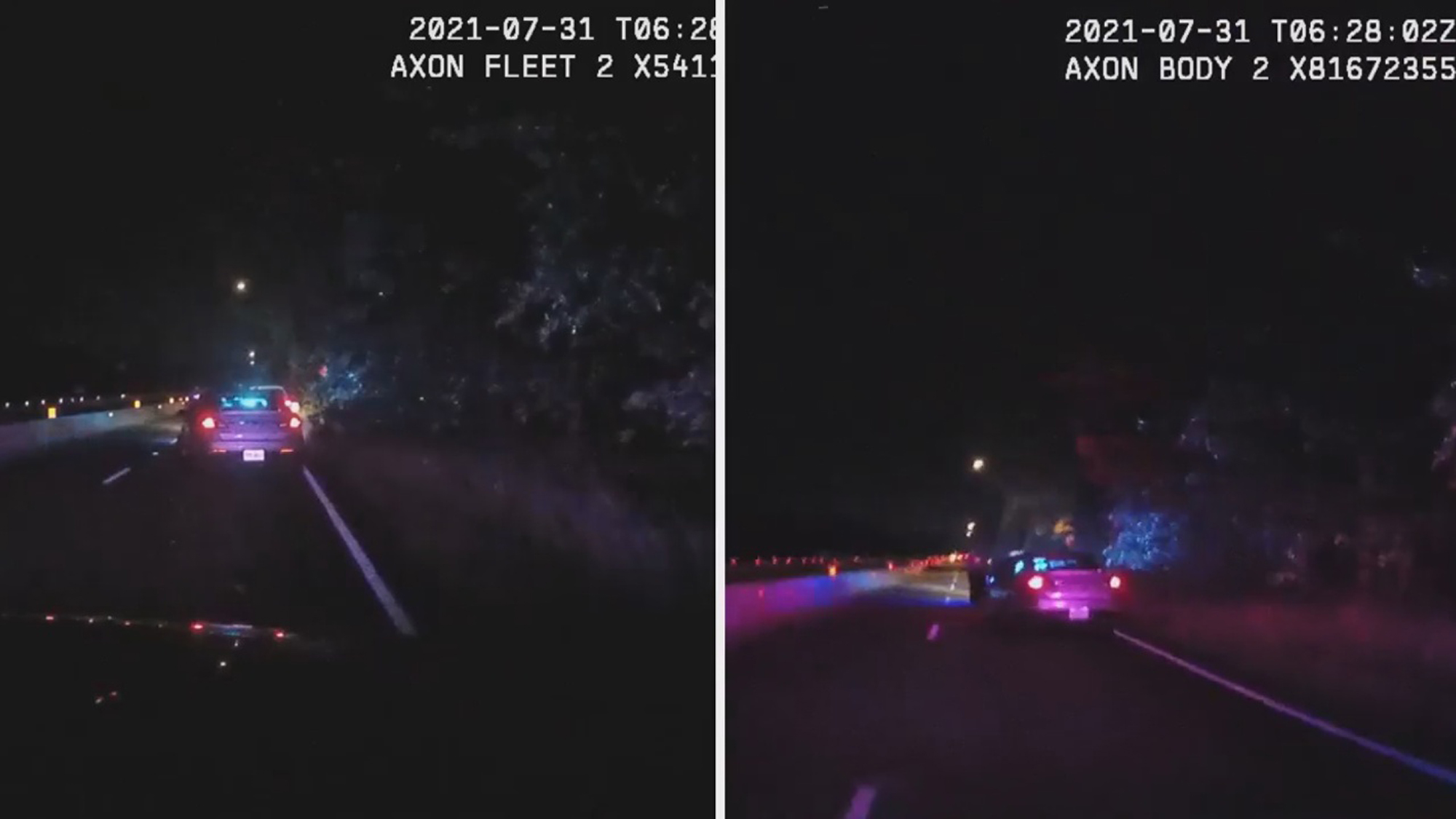 Fairfax County Police say an officer was hit and injured by a black four-door sedan during a traffic stop in Centreville, Virginia on July 31, 2021.  (@fairfaxcountyPD/Zenger)

A speeding driver evaded a nighttime traffic stop in Centreville, Virginia, and reportedly hit an officer in the early hours of July 31.

The Fairfax County Police Department has appealed for information about the driver of a sedan who hit a cop during a traffic stop located at Centreville Road and Compton Road in Centreville.

The police said the black four-door sedan, believed to be a Honda, failed to stop and hit the cop in the lower body at around 2:15 a.m.

The officer was hospitalized after the incident with non-life-threatening injuries.

Meanwhile, the police said the car may have damage on its bumper or side-view mirror. They said the driver was last seen heading southbound on Centreville Road toward Prince William County.

The back-up officer’s dashboard camera and body camera captured the incident on video, according to the police department.

In the video, an officer repeatedly yells “heads up!” as the car drives by.

Fairfax Police asked in a statement, “Do you know the driver of this sedan who hit our officer?”

The police are asking members of the public to come forward with information by contacting the Sully District Station. They said that “tips can also be submitted anonymously” through the Fairfax County Crime Solvers by phone, text, web or their mobile app.

“Anonymous tipsters are eligible for cash rewards of $100 to $1,000 dollars if their information leads to an arrest,” police said.

Though Fairfax County Crime Solvers is community-run and not organized by the police department, the nonprofit organization has contributed to over 1,900 arrests and has paid over $240,000 in cash awards since its start in 1979.

According to data from Crime Grade, the crime rate in Centreville is 14.80 per 1,000 residents during a standard year — lower than the average U.S. city. The organization ranks Centreville in the 85th percentile for safety.

Among Fairfax County’s 8,735 vehicle crashes in 2020, 3,733 involved injuries, 2,445 were speed-related and 37 resulted in fatalities, according to the Virginia Highway Safety Office. The office estimates in 2020 there was one crash every five minutes in Virginia.

The FBI also reports that 44 law enforcement officers were fatally wounded in the United States so far this year, with 19 deaths resulting from motor vehicle crashes.