Pannu, who will also be producing "Blurr", shared that the previous week had been challenging for her.
By Zenger News Desk August 3, 2021
Facebook
Twitter
Linkedin
Email 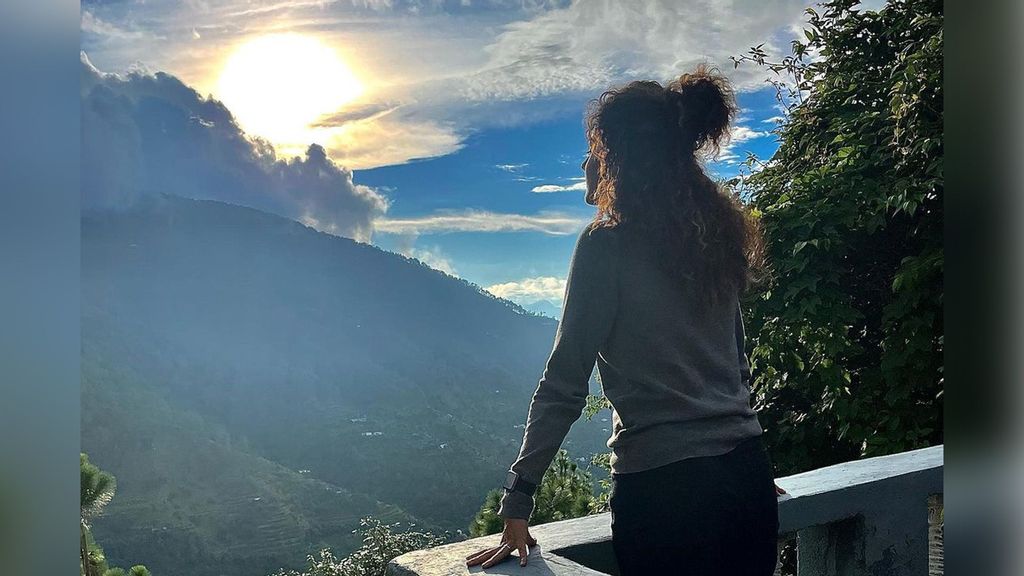 Taapsee Pannu, who is currently shooting for her maiden production film "Blurr", celebrated her 34th birthday on the sets of the movie on Aug 1, 2021. (@taapsee/Instagram)

NEW DELHI — Bollywood actor Taapsee Pannu, who is currently shooting for her maiden production film “Blurr,” celebrated her 34th birthday on the sets of the movie on Aug. 1, 2021.

The “Pink” actor took to her Instagram handle and shared an early morning philosophical post to mark her special day. In the picture, Pannu can be seen gazing at the bright sun with mountains in the backdrop.

Celebrating her special day, she wrote that the last week has been challenging for her.

“Last week has been tough, tricky, testing, but with this sunrise and this new year, I shall again gather the strength to look forward to what life has in store for me (sic),” she said.

Pannu’s sisters Shagun and Evania joined her for a birthday celebration. Sharing a picture with the birthday girl, Shagun expressed her happiness.

“Made it in time! #myhappyplace,” she wrote.

“Happy birthday, TAAPS!! Be candid, be bindaas and be curly,” he wrote along with the video.

Pannu, who has acted in thriller films like “Haseen Dillruba” and “Badla,” had earlier revealed that “Blurr” will be an edge-of-the-seat thriller. Co-written by Pawan Sony and Ajay Bahl, the movie is being helmed by Bahl, who directed films like “Section 375” and “B.A. Pass.”

Both Pannu and Devaiah shared pictures from their first day of shooting for “Blurr” on their social media.

In the picture shared by Pannu on July 18, 2021, she can be seen reading the script and revealed that her character’s name would be Gayatri.

“Shubh Aarambh! Let’s do this Gayatri! #Blurr (sic),” she wrote alongside the picture.

On the other hand, Devaiah took to his Twitter handle and shared the pictures of the film’s first schedule.

“It’s surely a bright and new beginning. The first schedule of #Blurr starts, and we are thrilled and delighted! @taapsee,” he tweeted.

“Blurr” is Pannu’s production debut along with partner Pranjal Khandhdiya. In July this year, the duo launched their production house, Outsiders Films, and announced that “Blurr” would be their first venture.

Outsider Films is not the first venture for Pannu as an entrepreneur. The “Naam Shabana” actor also owns a wedding planning firm and a badminton team known as “7 Aces Pune.”

Speaking about donning the producer’s hat, Pannu expressed her excitement about “Blurr” and collaborating with the team.

“Blurr is the just kind of script I was waiting for,” she said.

“I’m delighted to be finally turning a producer with this film, and with the support of my co-producers and team, I’m sure it’s going to be an enriching journey.”

“Collaborating with Ajay is as exciting as it gets as I’ve seen his work. He is the best to bring the gripping story of Blurr on-screen.”

Apart from “Blurr,” the 34-year-old-actor will next be seen in “Looop Lapeta” with Tahir Raj Bhasin, “Rashmi Rocket,” “Dobaaraa” with Pavail Gulati, “Shabaash Mithu,” and a south Indian film, along with many others in the pipeline.