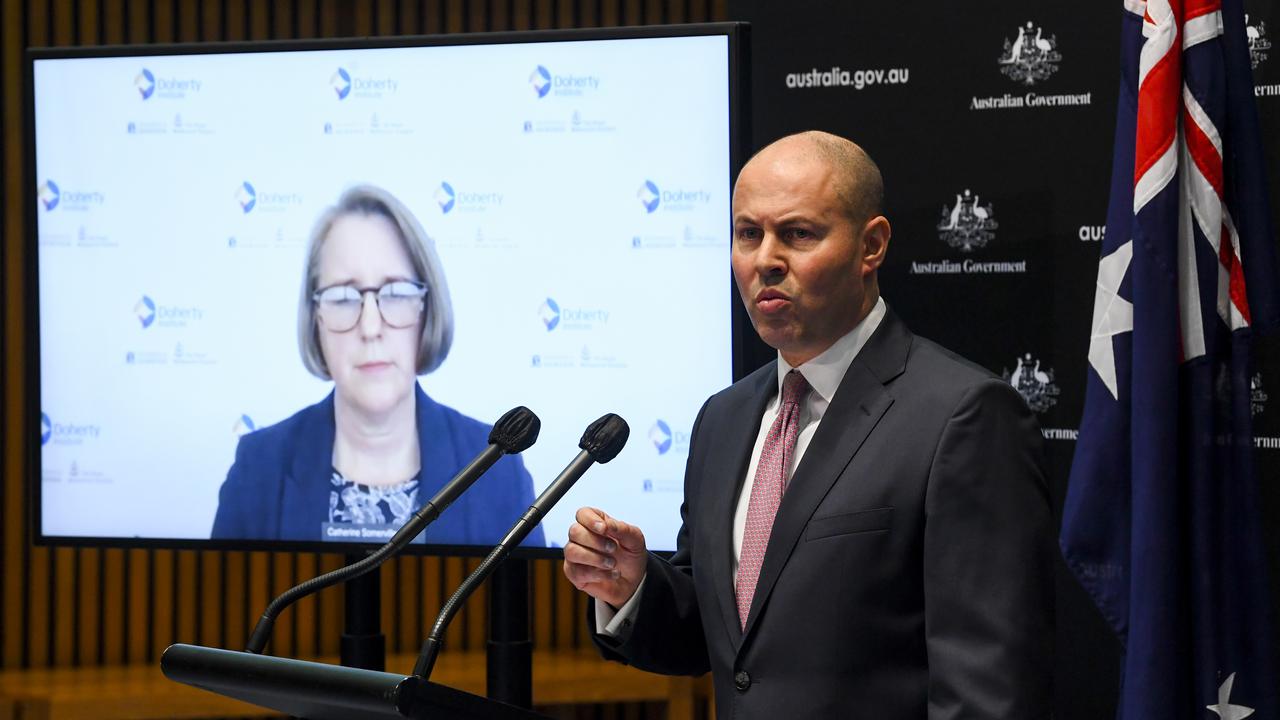 CANBERRA, Australia — Treasurer Josh Frydenberg has warned until 70 percent of Australians are vaccinated, it is an economic imperative that governments move fast to get on top of coronavirus cases.

“If they do not, we see lengthier and more severe lockdowns which have a much higher economic cost,” he said.

The treasurer provided a briefing on Treasury’s modeling in conjunction with the Doherty Institute, which has set vaccination levels of 70 and 80 percent to lessen the need for lockdowns and free-up state and international borders.

The Peter Doherty Institute for Infection and Immunity is a joint venture between Melbourne and the Royal Melbourne Hospital.

Treasury found that at 50 and 60 percent vaccination rates, it is five times more costly to the economy should governments not move early to get on top of the virus, and instead, they should move quickly to contain an outbreak.

“That is the short, sharp lockdowns that we’re now seeing in Queensland, that we’ve seen in Victoria and that we have seen in South Australia,” Frydenberg said.

He did not mention New South Wales that remains in lengthy lockdown until at least August 28.

Treasury’s analysis also found that the economic cost to the country of managing Covid-19 comes down as vaccination rates go up.

At 50 percent vaccination rates, if governments are getting on top of those early cases, it costs the economy AU$570 million ($421 million) a week. In comparison, at 60 percent, it still costs AU$430 million ($318 million) a week.

One in five (20 percent) Australians in June 2021, experienced high or very high levels of psychological distress in the last four weeks, similar to March 2021 (20 percent) and November 2020 (21 percent), as per reports by the Australian Bureau of Statistics.