Queensland’s Chief Health Officer wants an extra 150,000 doses of AstraZeneca as the Delta outbreak grows in the state. 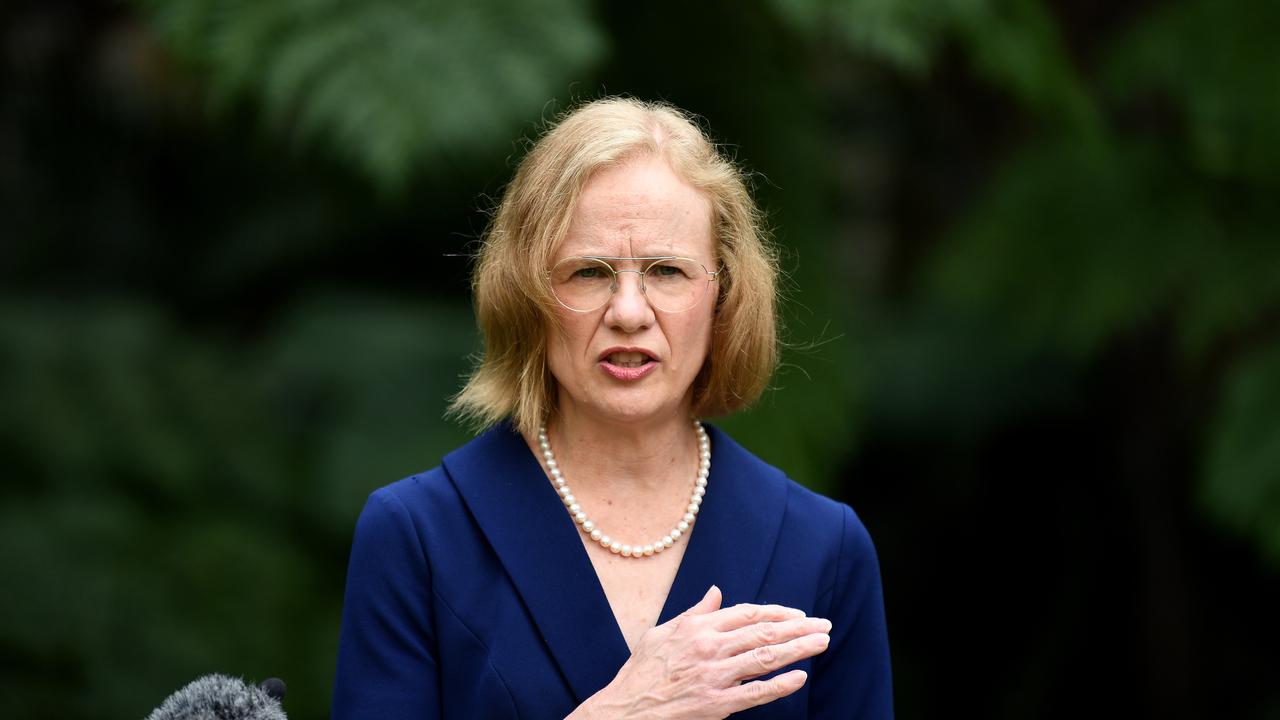 Dr Jeannette Young says Queensland is "on the verge of a large outbreak" and more people should get jabbed. (Dan Peled/AAP Image)

She believes Queensland is “on the verge” of a large outbreak and wants 150,000 extra doses of AstraZeneca supplied by the Commonwealth “going into arms this week.”

“The Australian Technical Advisory Group on Immunisation’s advice says when you reach a large outbreak which I think we’re on the verge of&mldr; that’s the time to go and have that discussion with your GP (general practitioner),” said Young.

“This is the time that people who are under age 60 should be talking to their GP about what is best for them as an individual; general practitioners know their patients.”

Young denied Queensland had “the highest vaccine hesitancy” in the country but said she was concerned that a significant proportion of people over 60 still were not vaccinated.

Just over 18 percent of Queenslanders are fully vaccinated, and almost 37 percent have had their first dose.

Of the 60-69-year-old age group, less than 20 percent have had their second dose.

“We still believe that the pharmacies and our GPs are in the best position to roll out the AstraZeneca to the general population,” she said.

“If we can redirect second doses from GPs to pharmacies, we can free up a whole lot of booking spaces with GPs for those first doses.”

Queensland is also asking to bring forward all of its August supply of the Pfizer vaccine as it tries to control the outbreak in the southeast.

“We are supposed to be getting around 84,000 Pfizer vaccines a week, each week of August,” said D’Ath.

“We would like to bring that whole supply forward now.”

Meanwhile, opposition leader David Crisafulli said that in June, the federal government roadmap showed 100,000 doses of AstraZeneca were supposed to arrive in Queensland.

D’Ath said she was not aware of the state being offered extra doses in June and said she previously asked the Commonwealth to redistribute supply to general practitioners.

“We did not need it because our frontline workers, and those who are 40 to 60, were being recommended to get Pfizer,” she said.

“There was no point us holding on to AstraZeneca when general practitioners wanted it, needing it, and they were doing the 60 Plus (age group).”

Queensland on August 2 announced 13 new locally acquired cases, all linked to a cluster first detected in a high school student on July 29. However, the source or transmitter cannot be determined. The number of exposure sites continues to grow In Queensland and will remain a Commonwealth hotspot until August 8.