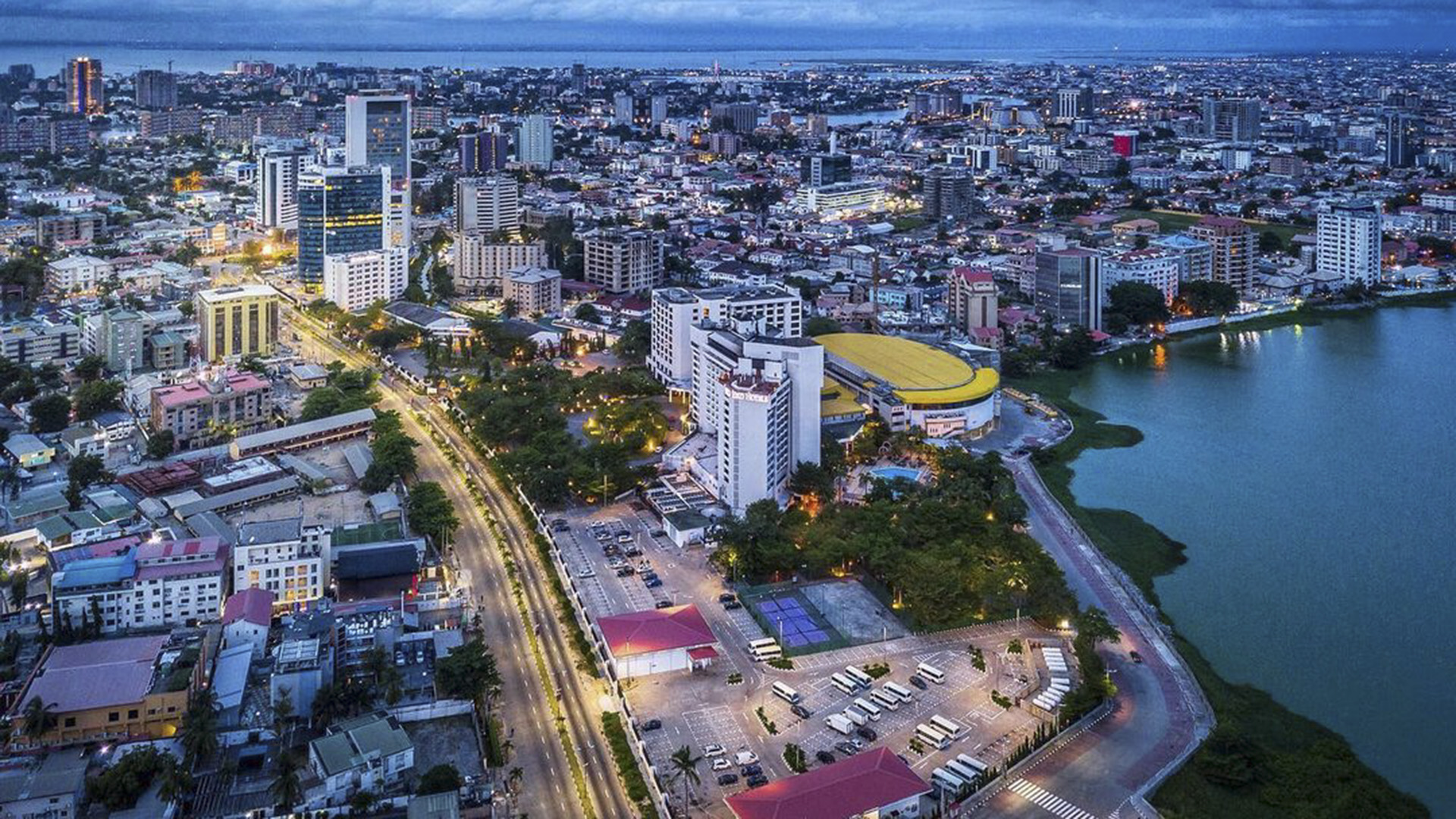 Victoria Island is the business and financial center of Lagos in Nigeria. (@xmodamo/Instagram)

LAGOS, Nigeria — Lagos, Nigeria’s commercial capital, is characterized by frenetic energies of survival and the undying resilience of its more than nine million inhabitants.

A thriving seaport, vibrant culture, and a rapidly emerging tech industry contribute to its global fame. The city is the country’s manufacturing hub and a pan-African financial sector. It has booming music, fashion, and film industries with a global reach.

However, the city’s emergence as one of the worlds’ top capitals has been largely overshadowed by less pleasant aspects.

“It is certain that if you live in Lagos, you will lose a significant portion of your weekly working hours due to traffic,” Damilola Dada, a manager in New Generation Bank, told Zenger News.

“And the city motorists’ aggressive driving methods worsen the situation.”

Another city resident, Richard Okotie, a management consultant, believes the problem in Lagos is simple: too many cars on tiny, degraded, and overused roads.

“In Lagos, traffic congestion can be so severe that a short commute from any one point of the city to the next that ordinarily would take 20 minutes might take up to an hour,” he told Zenger News.

“I even once contemplated abandoning my car in gridlock and walking home or to work, but this is Lagos, not the United States. You may never find the car if you do so.”

The city was ranked the second most stressful city globally after Mumbai, India, in the 2021 Least and Most Stressful Cities Index, commissioned by the German wellness brand Vaay and released in May 2021.

The study consists of four broad categories — governance, city, finance, and citizens’ health — each made up of individual stress indicators that determine how stressful a city is to live in.

“Our objective with this study is to show what cities can achieve for their citizens through effective governance, robust environmental policies, and well-resourced social welfare systems,” Vaay co-founder Finn Age Hänsel said in a statement.

“The Cost of Air Pollution in Lagos”, a recent World Bank study, estimates that disease and untimely deaths caused by ambient air pollution cost $2.1 billion in 2018.

“With over 5 million cars and 200,000 commercial vehicles on the roads [when the national average is 11 vehicles per kilometer or 0.621 miles], Lagos daily records an average of 227 vehicles per every kilometer of road,” according to the governor Babajide Sanwo-Olu’s office.

Ada Nobi, an asthma patient, said the air pollution in the city worsens her condition.

“I have asthmatic allergies, and during traffic in the evenings on my way home from work, it becomes difficult for me to breathe,” she told Zenger News.

“By the time I arrive home, I’m still coughing and exhaling soot.”

According to the World Bank, air pollution is responsible for about 11,200 premature deaths in Lagos—the highest number in West Africa, making ambient air pollution a pressing challenge.

The director-general of the Nigerian Conservation Foundation, Muhtari Aminu Kano, said the city’s residents must change their attitudes and behavior, and organizations and enterprises must change the way they do business on an institutional level.

“I believe that to sustain a green society and economy, the mindset must adopt changes at all levels,” he told Zenger News.

“We should engage in smart planning, prudent use of natural resources, increased use of renewable energy, responsible production and consumption, sustainable agriculture, recycling, and habitat conservation to address the issues posed by air pollution.”

While comparing the traffic situation in New York, Chicago, Moscow, and a few other cities with chaotic traffic problems to Lagos, Gbenga Omotoso, Lagos State Commissioner for Information and Strategy, sees no basis for ranking Lagos as the world’s second most stressful city.

“As a result of heavy road usage, many of the state’s 6,000 roads fall into disrepair, and with that, inhabitants are bound to be inconvenienced.”

Several projects are underway to widen existing roads and build new ones. However, Omotoso said the city’s nightmarish traffic could not be controlled overnight.

“Residents are encouraged daily to adopt new attitudes that will address the impunity that makes traffic regulations meaningless in the city. Technology, management skills, and other resources have already been brought in to redress the situation.”

Following a recent spate of insecurity in the state, the Lagos State government teamed up with the Department of State Security to enhance security through the Lagos State Neighborhood Safety Agency.

“This clean-up exercise would continue even as we seek to assure the creation of jobs and economic possibilities that will remove them off the streets and provide them the means to afford proper housing,” said Sanwo-Olu while addressing a security stakeholders town hall meeting in Ikeja on May 10.

In addition to the rising insecurity levels, Lagos has been rocked by political protests that have attracted international attention in recent years.

During the October 2020 anti-police brutality protests—especially a notorious police unit called the Special Anti-Robbery Squad, known by its acronym SARS—demonstrators camped around the Lekki Toll Gate located on a major thoroughfare running through an affluent part of the city.

After two weeks of generally peaceful protests dubbed #EndSARS, the state authorities imposed a total curfew on the city on Oct. 20, 2020. Hours later, armed officers fired at the demonstrators at Lekki Toll Gate, killing at least 12 people, which sparked widespread looting and destruction.

The Police Service Commission promised to investigate suspected police misconduct during the #EndSARS protests after receiving a damning report in May 2021 from the Action Group on Free Civic Space in Nigeria.

“We get a lot of complaints from the public about police personnel all the time,” Musiliu Smith, the chairman of the Police Service Commission, told local media.

“I believe #EndSARS was triggered by substantial wrongdoing on the part of some of our personnel. I recommend that we assess the procedures we’re putting in place to investigate such incidences. We must also ensure that investigations are comprehensive and that whoever is indicted is punished by the law. With this, public complaints will reduce.”