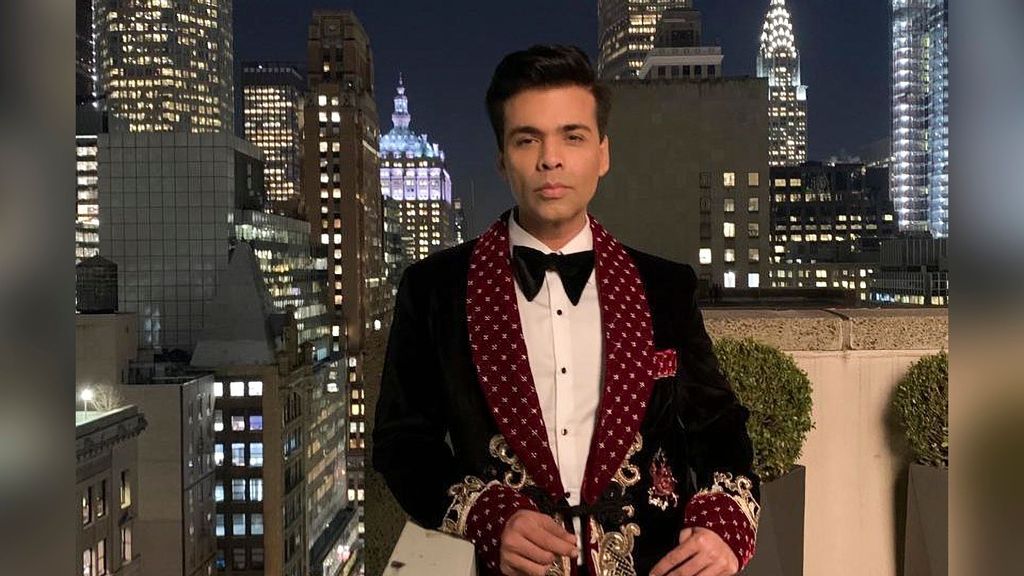 Karan Johar was recently roped in to host the digital episodes of the upcoming season of “Bigg Boss” on streaming platform Voot.  (karanjohar/Instagram)

Ever since the reality show “Bigg Boss OTT” has been announced, there have been rounds of speculation about which contestants would participate.

Johar gave his views on who would be an excellent fit for the show.

“Two people who can get the OverTheTop quotient right would be Ranbir (Kapoor) and Bebo (Kapoor Khan)! They share the same vibe!! And will be great fun to watch (sic),” he said.

The duo has appeared on one episode of “Koffee With Karan,” a talk show hosted by Johar.

He also gave hints about his upcoming show, which is launching digitally ahead of its television premiere, and what the audience should expect.

“I’m really looking forward to meeting all the contestants and making some life-long memories with them. Believe it or not! This season, ‘Bigg Boss OTT’ will have lots of drama and will surely be Over the Top. I can tell!”

Singer Neha Bhasin, on July 30, 2021, was revealed as the first contestant of the show’s upcoming season. Over the next few days, the line-up of other guests for this year’s season will unfold.

Johar was recently roped in to host the digital episodes of the upcoming season of “Bigg Boss” on streaming platform Voot. Earlier this month, the popular reality TV show makers announced that “Bigg Boss 15” will be launched on a streaming platform ahead of its television premiere.

Actor Salman Khan, who has been hosting the show for over a decade, unveiled a new promo of “Bigg Boss OTT” a few days ago.

Johar has not replaced Khan. Reportedly, Johar will host a few episodes on the streaming platform Voot, and then the “Dabangg” actor will return to host the televised version of the new season.

Expressing his happiness on hosting the show, Johar said his mom and him had been regular viewers of “Bigg Boss.”

“My mom and I are huge Bigg Boss fans and wouldn’t miss it for a day,” he said.

“As a viewer, it keeps me hugely entertained with dollops of drama. For decades now, I have always enjoyed hosting shows, and now with Bigg Boss OTT… it will surely be Over the Top.”

“I hope I can live up to the audience’s and my friends’ expectations, make ‘Weekend Ka Vaar’ with the contestants an enjoyable affair in my own style, and up the ante on the entertainment quotient. Wait for it.”

«Previous Post
“Aquaman 2” Producer Opens About Not Removing Amber Heard From Film»Next Post
I Have Put In A Lot Of Hard Work For My Role In “Mimi”: Kriti Sanon