I Have A Small But Impactful Role In “Bell Bottom”: Vaani Kapoor 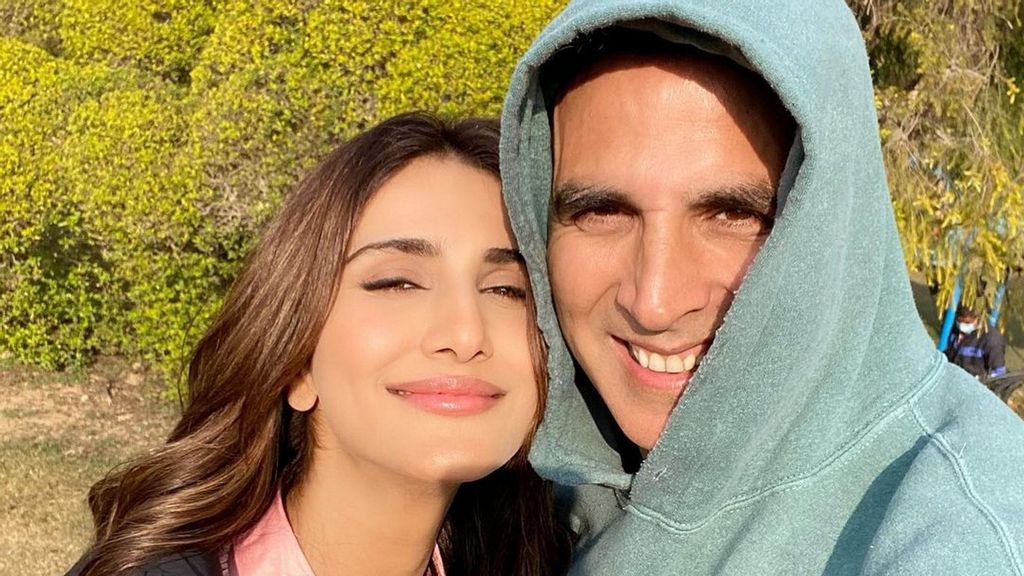 Actress Vaani Kapoor, is thrilled that she got the opportunity to work opposite Akshay Kumar in “Bell Bottom,” a movie in which she has a small but impactful role. (@_vaanikapoor_/Instagram)

MUMBAI, India — Bollywood actor Vaani Kapoor, who was last seen in the 2019 hit film “War,” is thrilled that she got the opportunity to work opposite Akshay Kumar in “Bell Bottom,” a movie in which she has a small but impactful role.

Kapoor, who made her Bollywood debut with the 2013 romantic-comedy “Shuddh Desi Romance,” said the decision to do “Bell Bottom” was instant because she got a chance to share the screen with Kumar.

“I’m fortunate to have got the opportunity to work with one of the icons of Hindi cinema today, Akshay Kumar sir (sic),” she said.

“I’m deeply thankful for his trust and faith. I have a small but impactful role in ‘Bell Bottom,’ which I’m hoping will be loved by audiences and critics alike.”

“I’m just thrilled that my journey in cinema so far has enabled me to be a part of the film and the fact that I could share screen space with Akshay sir, who is larger than life and such a great person. The decision was a no-brainer.”

Kapoor also revealed that her father, Shiv Kapoor, is a huge fan of Kumar.

“I also have to share that my dad is a huge fan of Akshay Kumar, and he was ecstatic that I was getting the opportunity to work with him,” said the “Befikre” actor.

“It was also amazing to see my dad so happy that I would be working with this megastar whose work he has loved for so long. He was just over the moon when I broke the news to him.”

“So, for all these reasons, ‘Bell Bottom’ is a truly memorable film for me. I hope that it is loved by audiences worldwide.”

Kumar took to his Instagram handle on July 30, 2021, and shared the news of the new release date for “Bell Bottom.”

“Mission: To Entertain you on the BIG SCREEN. Date: August 19, 2021. Announcing the arrival of #BellBottom! #BellBottomInCinemasAug19,” he wrote.

Apart from “Bell Bottom,” Kapoor will also be seen in “Chandigarh Kare Aashiqui,” opposite Ayushmann Khurrana, and “Shamshera,” opposite Ranbir Kapoor.