Global shipping has been battling with chaotic schedules for months due to swings in consumer demand for goods, the report said.
By Zenger News Desk August 3, 2021
Facebook
Twitter
Linkedin
Email 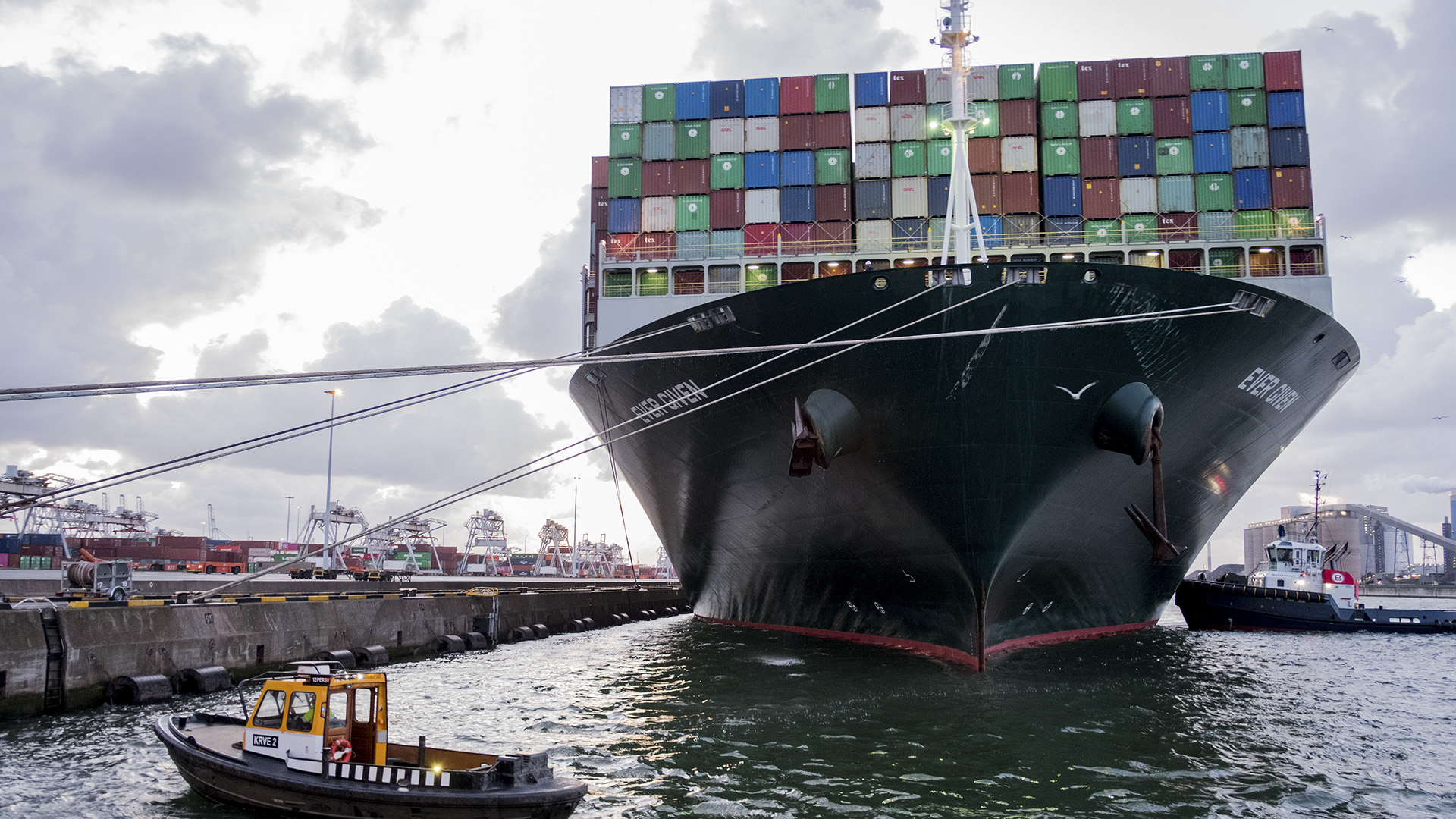 The Ever Given is docked at the Europort harbor on July 29, 2021 in Rotterdam, Netherlands. The container ship Ever Given, which blocked the Suez Canal in March, arrived in the port of Rotterdam a day later than scheduled. The ship had become lodged in the canal in March, requiring a six-day salvage operation to free the vessel. (Sanne Derks/Getty Images)

“We expect bottlenecks to be resolved by 2022, although some supply chain changes could be permanent,” the report said.

“We expect shipping volumes to normalize in 2022 if there are no further pandemic waves, with growth rates consistent with those in 2018-2019 and largely in line with GDP growth,” the firm said.

Global shipping has been battling with chaotic schedules for months due to swings in consumer demand for goods, as well as factory closures and pandemic containment measures, which have slowed down ports’ operations.

As a result, there has been a shortage of empty containers in places where they are needed. This shortage has been exacerbated by the Suez blockage: roughly half the goods that pass through the Suez Canal do so on container ships.

However, the operators’ performance has been supported by the strong rebound in volumes in the second half of 2020 and 2021, as per the report.

“Some measures taken by port operators during the pandemic to improve efficiency will remain in place once congestion is resolved, including increased automation and some reduced personnel costs,” the report said.

“These gains, despite being relatively minor, will support operator’s profitability when conditions normalize.”

The scale of congestion has led to significant delays in unloading. Many ports are already operating at full capacity, but storage charges at ports have increased, offsetting some ports’ costs.

Longer-term structural overcapacity in many port markets in Western Europe prevents many operators from increasing charges to cover for higher congestion-related expenses, the report said.

For many years, overcapacity in the shipping industry led to industry consolidation, price competition, low freight rates, and counterparty risk for ports.

“We expect bottlenecks at ports and congestion-related effects to last until end-2021. We also expect consumer expenditure on services and experiences to recover once restrictions are lifted, resulting in a shift away from temporarily increased expenditure on goods,” Fitch said.

Fitch, on Aug. 3, revised the United States’ Outlook to Negative.

“The Outlook has been revised to Negative to reflect the ongoing deterioration in the U.S. public finances and the absence of a credible fiscal consolidation plan, issues that were highlighted in the agency’s last rating review on March 26, 2020,” the company said in a blog.