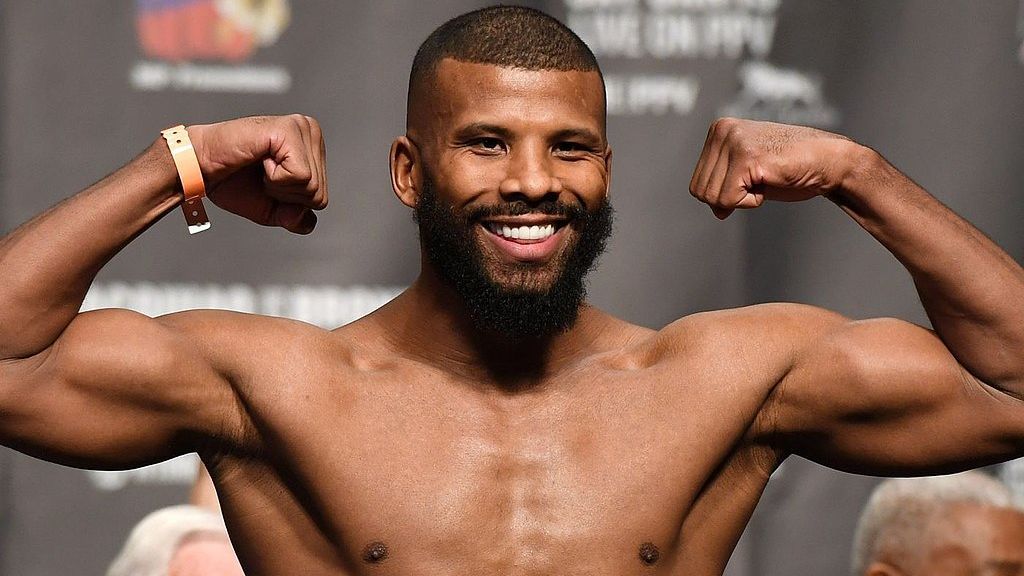 Badou Jack in 2020. The former world champion in two divisions has his sights set on the cruiserweight title. (WikiMedia Commons)

Badou Jack was set to avenge what many boxing insiders felt was an unjust split-decision loss to Jean Pascal on the undercard of Floyd Mayweather’s June 6 exhibition bout against YouTuber Logan Paul.

Instead, Jack was notified at the end of May that Pascal had tested positive for several performance-enhancing drugs and the fight was canceled. Jack went on to knock out undefeated late replacement Dervin Colina in the fourth round.

Jack has seemingly put Pascal and the light heavyweight division in his review mirror as he prepares to move up to cruiserweight in hopes of capturing his third world title in as many divisions.

Jack opens up to Zenger about the disappointment of not being able to avenge the Pascal loss, shoots down a potential bout against Andre Dirrell and talks about the Badou Jack Foundation.

Zenger: Before our last interview could appear, Jean Pascal tested positive for performance-enhancing drugs, and your anticipated rematch with him was off the week of the fight. This seems to be the Badou Jack playbook where you just roll with the punches.

Jack: Yeah, I mean there have been so many bad things that have happened in my career, bad decisions, and bullshit, so it’s nothing new to me. And the same thing with drug testing happened before when I fought Lucian Bute.

Zenger: Your career seems to be a Hollywood producer’s dream, so maybe that’s the silver lining (laughing).

Zenger: You put a lot into landing that rematch. Obviously, you don’t want to fight a drug cheat, but in the same breath, that had to be devastating news.

Jack: It was really sad. First of all, they robbed me the first time, then I had to wait 18 months for the rematch. I was actually on my way up to cruiserweight before I was offered the fight with Pascal. Floyd [Mayweather] asked me if I could make the weight, and I said, “Sure!” I had a little time, four months, so I said, “Yeah!” I was up to 220 pounds and then I had to cut all that weight to fight at 175 and got robbed.

Floyd called me a couple of days after and said I had to fight him [Pascal] in April in LA. Then the pandemic happened, and then he wanted more money, excuses, excuses. Then the week before the fight, I was in the best shape of my life mentally and physically. I was so ready to stop him this time.

Zenger: It seems like you always felt that something wasn’t right about Pascal in terms of being a clean fighter.

Jack: Yes. Before the first fight, we asked for VADA [Voluntary Anit-Doping Association] testing, and there was no testing. We were begging for it. It didn’t happen. And then this time we asked from the beginning. It didn’t happen for the full camp, but it was the last five weeks. That was better than nothing.

Zenger: It served its purpose because it caught him. I’m sure you have moved on from any potential fight with Pascal. You have talked about moving up to cruiserweight for a long time. However, Andre Dirrell respectfully said he would like to test his skills against you at 175. Is that something you would entertain?

Jack: No, definitely not. He’s not in my plans. But you’re right, at least he was respectful. … At the stage where he’s at right now, he brings nothing to the table. He has no title, he’s ranked way below me, there is no money in a fight like that. I have nothing to gain, other than his name, but his name doesn’t mean nothing right now to me. He’s not a part of my plans. My plan is to become a three-division world champion. If it’s a crazy money fight, I will stay at 175, like a Canelo [Álvarez] fight or something. Other than that, he’s not a part of my plan.

Zenger: From light heavyweight [175 pound weight limit] to cruiserweight [200 pound limit] is probably the biggest gap in between weight divisions in boxing. How do you plan to properly put on the weight and grow into the division?

Jack: It takes time to put on real muscle. Also, I’m cutting a lot of weight to make 175. I was cutting at least 30 pounds. We’ll see. I will grow into the weight class. I’m about to be 38, I’m tired of cutting weight. Who says that cutting 30 pounds is better than gaining 30 pounds? Plus, I want to make history. I want to challenge these bigger guys. And stylistically I have an easier time with the bigger guys.

Zenger: Do you feel like the speed advantage that one would think you would have at cruiserweight will play a factor in your success in the division?

Jack: Yeah definitely. And I came from super middleweight. I’m not even the biggest light heavyweight. Canelo has conquered a lot of weight classes, Floyd did it, so there is no reason why I can’t try that. Just to be big and heavy, that’s easy. You can just eat and lift weights. It’s gotta be functional strength. I’m going to keep my speed, and it’s going to be fun.

Zenger: Given the time needed you would need to do everything you just mentioned of growing into your cruiserweight frame. When can we expect to see you make your official cruiserweight debut?

Jack: I’m not sure. I hope to be back before the end of the year. It might not be for the title in that fight, but never say never. I’m going to talk to my team and see what’s next.

Zenger: You always have so much more than boxing going on. You are very active in other countries with philanthropy work, and your foundation. Is that the perfect balance for you during your fighting downtime?

Jack: Yeah. Right now, during the pandemic, it’s been kind of slow with the foundation as far as visiting refugee camps and stuff. We still got a lot of stuff done though. My fight before last, we donated a lot to my foundation. I just came back from Dubai. That’s when I saw that Andre Dirrell had called me out.

Zenger: Tell me a bit more about the Badou Jack Foundation.

Jack: We are trying to make it one of the biggest foundations in the world, especially for refugee kids and orphans in those poor countries. The focus is mostly where my dad is from, West Africa, Gambia and the Middle East. We’re working with a Palestinian refugee camp, a Syrian refugee camp, and we’re going to start with foster kids here in the states, as well.

Zenger: You are an amazing man and fighter, Badou. Continue fighting the good fight, and I wish you the best of luck. Is there anything else you want to add?

Jack: Hopefully, I will have some good news soon. Thank you, Percy.