The comedian scored in TV, film and records. His collection of Chicano art will open at the Riverside Museum in May 2022. 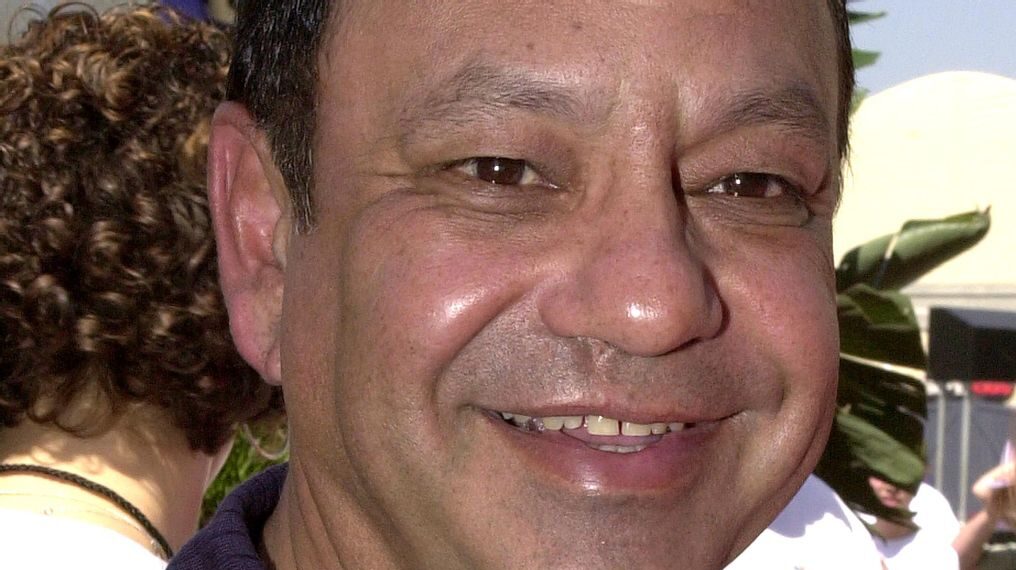 Cheech Marin is a comedian and a Chicano art collector. (Newsmakers/Getty Images)

Cheech Marin played Don Johnson’s cop partner Joe Dominguez in the popular CBS TV police series “Nash Bridges” for six seasons during the 1990s. Both stars will reprise their roles in the upcoming revival movie on the USA Network set to air this fall.

Joe Dominguez may be the most prominent and longest-lived T.V. role in Marin’s career.

An inspector hoping to retire at the beginning of the series, Dominguez is convinced by Capt. Bridges (Johnson) to stay on by making him a lieutenant. He’s a funny, witty sidekick who also dreams of striking it rich through various schemes. He eventually forms a detective agency with his boss to supplement their incomes.

“Nash Bridges” is in post-production after shooting this spring in Northern California. Based on the original show created by Carlton Cuse, the script is by Bill Chais, whose writing credits include the TNT comedy-drama series “Franklin & Bash.”

“Nash Bridges” stands out among the USA Network’s three original movies on a long slate of projects recently announced by NBC Universal Television and Streaming, the cable channel’s parent company. (“Slumber Part Massacre” and “Bring It On: Halloween” are the other two.) “Nash Bridges” is part of NBC Universal’s efforts to keep USA Network among the top five ad-supported cable channels in the coveted 18-45 demo.

However, Marin isn’t just a comic. He also collects art.

In collaboration with the city of Riverside, California, and the Riverside Art Museum, Marin established The Cheech Marin Center for Chicano Art, Culture & Industry, now known as The Cheech in the City of Riverside, which will house his vast permanent collection. It is scheduled to open in May 2022.

Marin is a longtime Chicano celebrity.

Best known as a comedic actor, Marin was one half of the duo Cheech & Chong, which produced award-winning comedy recordings and several films from the early 1970s before disbanding in 1985.

The pair’s movie credits include the stoner comedies “Up in Smoke,” “Cheech & Chong’s Next Movie,” “Nice Dreams,” “Things Are Tough All Over,” “Still Smokin,” “Cheech & Chong’s The Corsican Brothers” and “Get Out of My Room,” the last film the pair did together.

The duo also put out nine comedy albums, six of which received Grammy nominations, with “Los Cochinos” winning the Grammy for Best Comedy Recording in 1974.

In 1987, Marin directed, wrote and starred in what may be his most famous film, “Born in East L.A.” The comedy feature won three awards at the Havana Film Festival. Other credits include the series “Married With Children,” “Judging Amy,” “Lost” and the films “The Lion King,” “Desperado,” “Tin Cup,” the “Spy Kids” and the “Cars” film franchise.

Marin’s role in the “Nash Bridges” series was his second full-time job as a T.V. actor, and it earned him a nomination for a NCLR Bravo Award and four more for the Alma Awards. His first full-time job was “The Golden Palace,” the short-lived spinoff of the multiple Emmy Award-winning comedy series “The Golden Girls.”