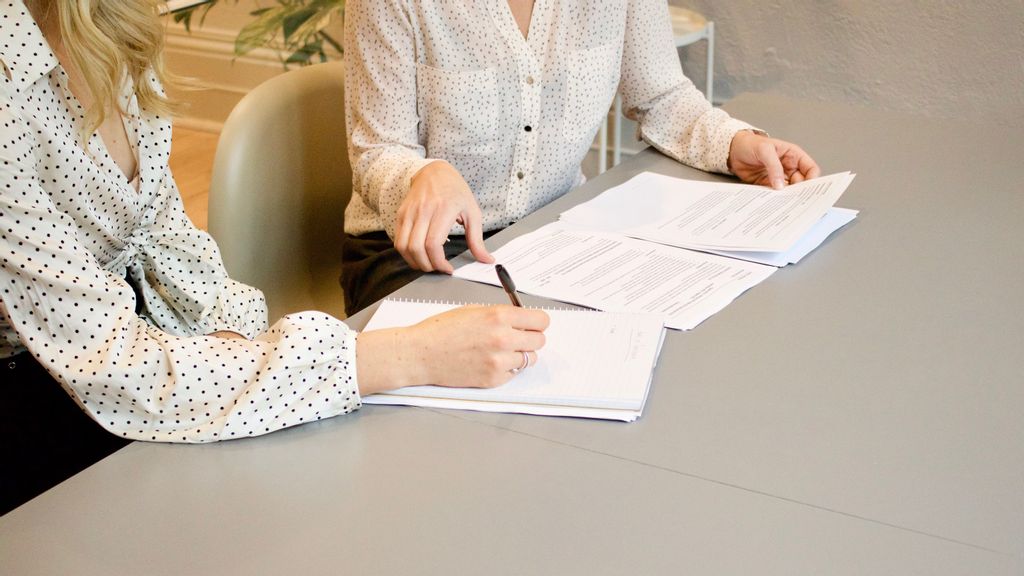 The Biden administration is pushing for a ban on non-compete agreements. While the ban is seen as a boon to workers' freedom to change jobs, some employment lawyers caution any ban should be carefully considered. (Gabrielle Henderson/Unsplash)

WASHINGTON — As part of his overall goal of promoting competition to help keep the economy on track, President Joseph R. Biden Jr. is pushing for a ban or limits on employers’ non-compete agreements.

Three states and the District of Columbia already ban these agreements, while a dozen other states ban their use for low-wage employees.

While the ban is seen as a boon to workers’ freedom to change jobs, some employment lawyers caution any ban should be carefully considered.

After the executive order, which “encourages the Federal Trade Commission to ban or limit non-compete agreements,” more than 50 trade lawyers signed an open letter to the FTC on July 14 asking it to go slow on developing policy.

The letter aims to emphasize “the severity of one of the key issues that small and large businesses seek to address through the use of noncompetition agreements: 59 percent of ex-employees admit to stealing confidential company information when they leave their job.” The writers cite a 2009 study by Symantec Corp. and the Ponemon Institute for this data.

“While taking no position on whether the FTC legally can regulate this area of law, we suggest the FTC act judiciously, if at all,” Clifford R. Atlas and Erik J. Winton, both of the Jackson Lewis law firm and signatories on the letter, wrote in a July 30 article.

“We believe that more modest regulations can be designed to balance competing interests of employers and employees, especially in light of the state-specific legislation, common law history, and the very capable job courts have done to enforce what is reasonable under the facts of the cases presented.”

In the past, non-compete agreements were applied largely to executives or salespeople — “people who can go out and go after the customers or prospective customers of the former employer” — or those privy to sensitive information, such as workers in finance and accounting, marketing or new products, said Harvey Linder, a partner at the Culhane Meadows law firm in Atlanta. He was not one of the signatories on the letter to the FTC.

“Non-competes generally don’t work to the benefit of the individual employee.”

Adam Shah, director of national policy for the nonprofit  Jobs for Justice in Washington, D.C., said, “For most working people, there’s no there’s no advantage to it. The only reason you agree to it is because to work, you need money, you need health insurance, and other benefits. And so the employer says, ‘You have to sign this.'”

For the worker who may have faced long-term unemployment, “you just sign whatever they say,” Shah said.

“It’s a relatively recent innovation that companies have come up with the non-compete agreements for people that aren’t executives and have no job protection,” Shah said.

A case that drew national attention in 2016 involved the Jimmy Johns chain of sandwich shops, which settled a lawsuit brought by Illinois and New York. The suit objected to Jimmy Johns prohibiting any current or former employee from working at other places that derive more than 10 percent of sales from sandwiches, within 2 miles of any Jimmy Johns in the United States for two years.

Shah said cases like that “show the long-term decrease in worker power and increase in the power of companies and Wall Street hedge funds behind them … to dictate terms so much, and to have workers so in need of jobs, that they’re willing to accept things” not in their interest.

Biden’s executive order also aims at easing “overly burdensome occupational licensing requirements that impede worker mobility” and asks the FTC and the Department of Justice to “enforce the antitrust laws vigorously and … to challenge prior bad mergers.”

Non-compete agreements generally forbid a worker from going to a rival firm within a specified time range, and in some cases also specify a geographic limit. Businesses see such agreements as critical to protecting their competitive position, said Mark Kruthers, director of the employment and labor practice group at the Fennemore law firm in Fresno, California.

Non-compete agreements are unenforceable under Oklahoma, North Dakota and California law. Kruthers said the measure “places a company in a situation where it needs to limit access to information and customers to a few trustworthy individuals as a means of protecting against future competition. That, in turn, often has a dramatic negative impact on profitability and efficiency. It most certainly limits company growth.”

Washington, D.C. Mayor Muriel Bowser signed a ban on non-compete agreements in January. The measure, which also affects workers starting their own businesses and blocks employers from forbidding moonlighting, wouldn’t take effect until the city passes its next budget, expected in October. But Councilmember Elissa Silverman proposed an amendment in May that would allow business to identify conflicts of interest, and also recommended pushing implementation to April 2022.

“The D.C. ban is one of the most all-encompassing, worker-friendly laws regulating non-compete agreements in the country,” the National Law Review said in a March 31 article.

Kruthers said removing non-competes is not good for the workforce overall.

“While proponents of eliminating non-compete agreements claim doing so will provide individuals with greater access to employment, the opposite effect is more likely,” he said. Employers in some fields will be wary about hiring, which “will make it much harder for younger individuals who are more prone to ‘job hop’ to secure employment.”

Shah said non-competes are detrimental to employees in abusive work environments who are blocked from using their skills at a new site.

“So it’s why these places like D.C. and California are cracking down on the idea that employers get to control the worker, not just at work, but off-work hours, after-hours moonlighting or when they quit their job with a non-compete agreement,” he said.