El Salvador is one of many Latin American countries to ban abortion, even sending some women who have miscarried to prison.
By Hollie McKay August 2, 2021
Facebook
Twitter
Linkedin
Email 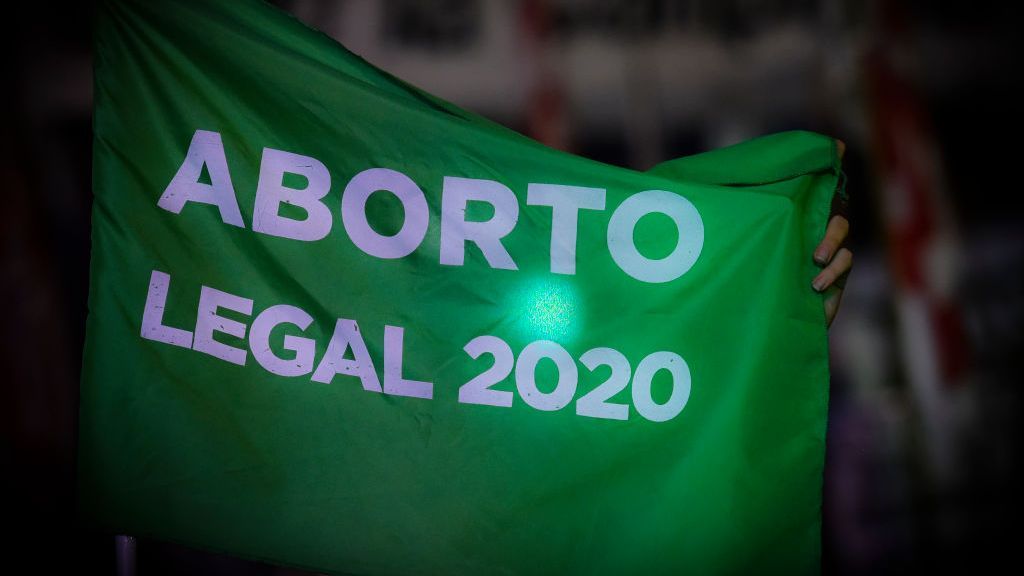 SAN SALVADOR, El Salvador — With women crammed inside suffocating cells with ailing bunk beds and weeping on its concrete floors, the Ilopango women’s prison in El Salvador is a miserable place.

Some prisoners are there for drug crimes, while others were found guilty of theft, gang affiliation or murder. But within the latter group are women serving sentences for having sought an abortion — and even for having suffered a miscarriage.

Since it was outlawed in 1998, hundreds of Salvadoran girls and women have been slapped with sentences of up to eight years imprisonment for seeking a termination during the first 20 weeks of pregnancy. Women who underwent terminations further along in their pregnancies, meanwhile, have been found guilty of crimes including manslaughter, homicide and “aggravated homicide,” and face more than four decades behind bars.

While proponents of the ban say it is supported by much of El Salvador’s population, opponents of the law say it has done little to stop the practice of abortion, except to victimize women who are already in agonizing and vulnerable situations.

It has led to a growing campaign to overturn the strict 1998 ban.

“Besides violating women’s human rights, [the laws] also put their lives and health at risk, since in some cases they are forced to go to unsafe places with insufficient health and safety conditions,” Christopher Alford, Amnesty International’s campaigner for social, cultural and economic rights in the Americas, told Zenger. “Thousands of women die each year as a result of seeking unsafe abortions. This will not end until abortion is fully decriminalized.”

In many cases, he said, the women jailed under the abortion ban did not even seek an abortion. The American Bar Association has, for instance, documented multiple cases in which Salvadoran women were charged with “aggravated homicide” after miscarrying.

“In March this year, a case was brought against El Salvador in the Inter-American Court [of Human Rights] over its treatment of Manuela, who was sentenced to 30 years in prison after having an obstetric emergency and losing her baby,” Alford said. “In prison, she was diagnosed with lymphatic cancer and two years later, she died.”

While the Inter-American Court, which acts as a regional tribunal hearing alleged rights abuses within the Organization of American States, has yet to come to a decision on the case, it will have limited authority to enforce a decision once it does. But the case has thrust the controversial issue of abortion back into the national debate in El Salvador.

The Central American country once allowed abortions for circumstances such as rape, incest or fetal defect, but the governing Nationalist Republican Alliance passed a bill criminalizing it in 1997. The law, which went into effect the following year, also put in place steep repercussions on medical professionals who assist in terminating pregnancies.

Doctors are subject to losing their licenses and spending up to 12 years in jail for performing an abortion — or for failing to report a patient they suspect even sought out one. There have been reports, too, of police storming medical centers seeking catch people “red-handed.”

The Salvadoran nonprofit Citizens Group for Decriminalizing Abortion, which is pushing to overturn or amend the 1998 legislation, concluded in its most recent report that at least 181 women were accused of abortion or aggravated homicide between 2000 and 2019.

More than 50 percent of the cases were from medical staff reporting to authorities, it said, and 27 cases resulted in “aggravated homicide” sentences with 30–40 years in prison.

The group also noted the vast majority of those women were between 18 and 25 years old, and that some were even younger. Furthermore, most were from the poorest and least educated areas of El Salvador, the group found. One in four births in El Salvador are to mothers aged 15 to 19 years, according to the Pan American Health Organization.

“In the criminal justice system, biases and prejudices against women often result in differential access to lawful services and the arbitrary enforcement of the law,” Alford said.

“Access to safe abortions has a disproportionate and discriminatory impact on the most marginalized groups, who are already facing multiple and intersecting forms of discrimination, including people on low incomes, people living with HIV, adolescents, people with disabilities and people facing criminalization on other fronts.”

Yet advocates of the ban say it protects, rather than victimize, vulnerable women.

Raimundo Rojas, Latino Outreach director for the U.S.-based National Right to Life group, said he believes strict anti-abortion laws targeting women act as an effective deterrent. He decried the campaign to overturn the laws, which he said was driven by outsiders.

“El Salvador, and many other countries of the world, are not only under scrutiny to change their laws, but they are also under pressure from many United Nations agencies to change their constitutions and laws,” Rojas told Zenger. “The push, by pro-abortion businesses and their allies, disregards the sovereignty of many of these nations.”

“In many Latin American countries, laws protecting women and their unborn children are part of the countries’ constitution and supported by a vast majority of the population.”

El Salvador’s strict anti-abortion laws are in fact not an anomaly in Latin America, where it is one of five countries to unequivocally prohibit the practice. Globally, El Salvador is one of twenty-six countries that has a comprehensive abortion injunction in place.

Other Latin American countries such as the Dominican Republic have in recent years witnessed demonstrations against efforts to overturn or reform strict abortion bans.

In May, protests were held in its capital, Santo Domingo, against the proposed three “causales,” which would permit abortion under the three scenarios: rape or incest, when the fetus is not viable, and if a pregnant woman’s life was in jeopardy.

Even the U.S., where the legality of abortion has long been a major political battleground, controversy still swirls around foreign aid spending and anti-abortion provisions.

In 2018, President Donald J. Trump reinstated the “Mexico City Policy,” which mandates any group receiving U.S. federal funds must not “promote or actively promote abortion as a method family planning.” The policy was introduced by President Ronald Reagan in 1985, and later pulled by Bill Clinton, put back by George W. Bush, and removed again by Barack H. Obama. Earlier this year, President Joseph R. Biden Jr. removed it once again.

Despite the controversies over the issue throughout the region, the campaign to reform abortion laws in El Salvador also does not stand alone, and there have been some rapid changes to similar laws across the devotedly Catholic Latin America in recent years.

In Uruguay, for instance, abortion was decriminalized in 2012. In December, Argentina’s Senate approved the procedure in the first 14 weeks, after a national campaign symbolized by a green bandana. Oaxaca also followed Mexico City in 2019, to become the Mexico’s second state to legalize abortion — followed by Hidalgo and Veracruz this year.