VIDEO: Tiger Woofs: Hungry Big Cat With A Taste For Pet Dogs Is Returned To The Wild 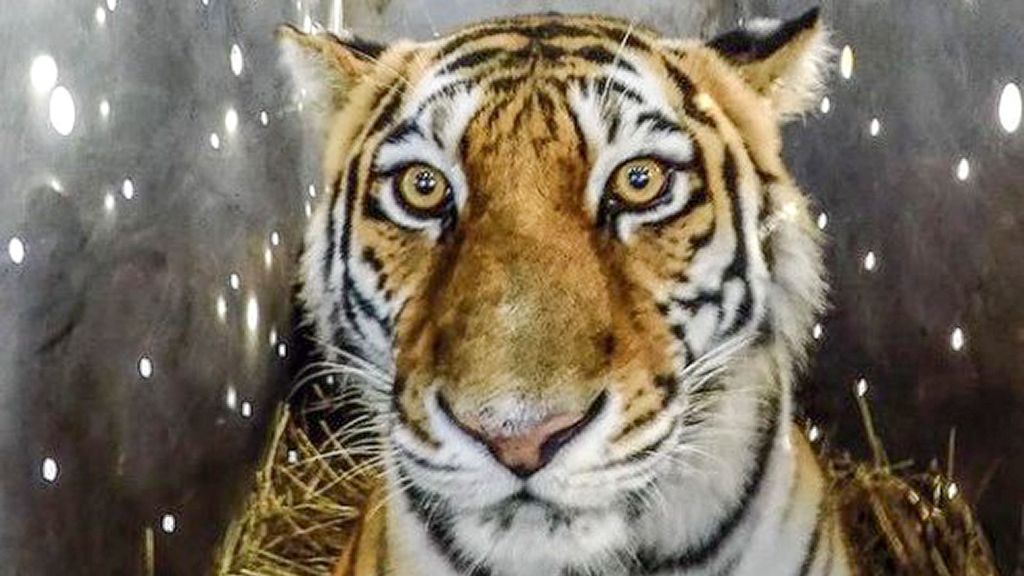 A tigress who was in rehabilitation after hunting people's pets was released into the wild in the Amur Oblast region of Russia in honor of the International Day of the Tiger on July 29. (@amurtigercenter/Zenger)

A tigress growled as she was released into the wild miles from human civilization in order to protect pet dogs from being hunted by it.

The Amur Tiger Center said the 10-year-old tigress was released into the wild in honor of International Tiger Day on July 29.

After rehabilitation at the center, the tigress was released in the Amur Oblast region of southeastern Russia, in her natural habitat where she was also a long way from human habitation.

The video shows the moment the cage is opened and the tigress runs into the forest, growling.

The big cat was captured in the district of Khasan in the nearby region of Primorsky Krai in April after a period of preying on villagers’ dogs.

Initially, experts tried to drive the tigress away from developed areas, but they were unsuccessful, and it kept returning and attacking dogs.

As a result, the Federal Service for Supervision of Natural Resources authorized the animal’s capture.

During the tigress’ stay at the rehabilitation center experts believe they determined why she was overly aggressive and mainly hunted dogs.

They said the tigress was under a lot of emotional stress due to the loss of her cubs, which was most likely caused by human involvement.

“At the moment, we have eased the tigress’ stress, and she now has freedom. I am sure she still has the chance to give birth to offspring,” said Sergei Aramilev, general director of the Amur Tiger Center.

During the tigress’ stay at the center, human contact was kept to an absolute minimum and the big cat was released after experts monitored her behavior and hunting skills and decided the time was right.

Before being released, the tigress was tranquilized and examined by veterinarians. The animal was then fitted with a GPS collar so center workers can monitor her development in her new home.

Amur Tiger Center has reported that since 2013 a total of eight tigers have been successfully returned to the wild in Russia.

Tigers are listed as “endangered” on the International Union for the Conservation of Nature Red List of Threatened Species. While the organization estimates there are roughly 2,150–3,150 mature tigers in the wild, it notes that the Amur tiger subpopulation found in Russia lives mostly in unprotected areas, and are difficult to estimate. Though tigers are listed as extinct in some of their historical habitats, their numbers are increasing in other areas.