A “big battery” fire west of Melbourne has burned over the weekend, experts brought in to help firefighters put out the blaze. 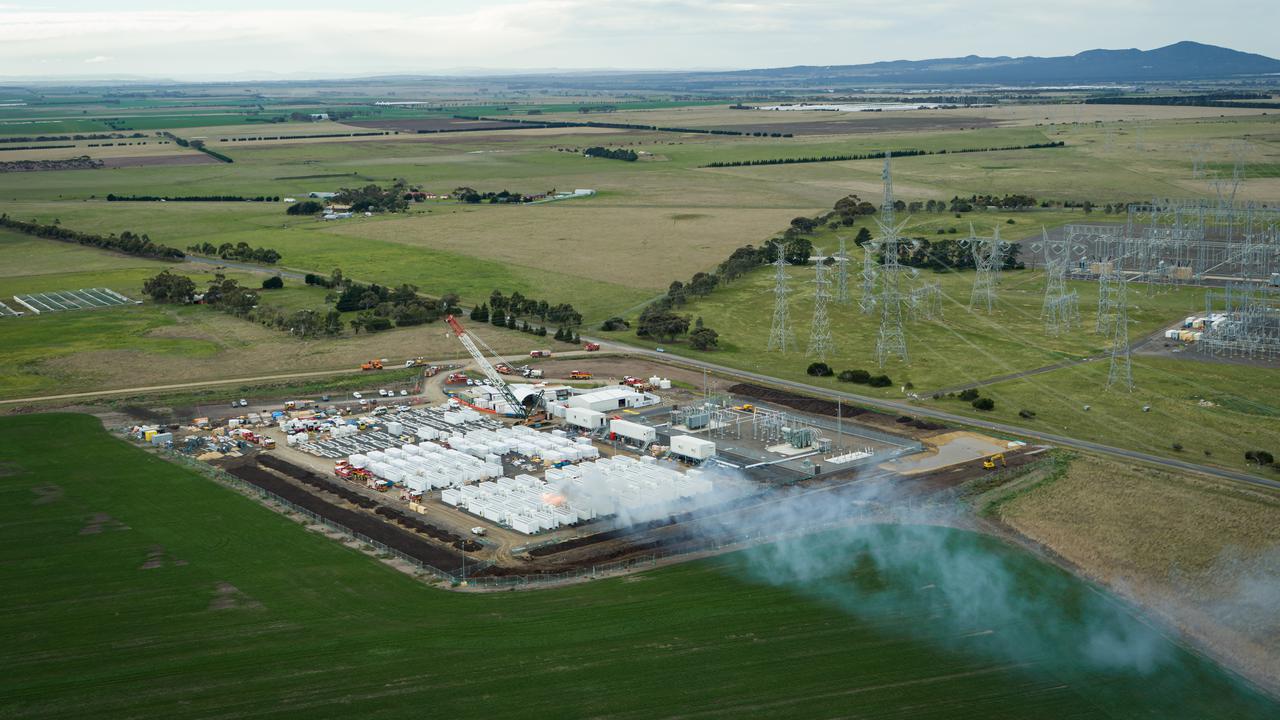 GEELONG, Australia — Scientific experts have been brought in to help firefighters bring a blaze at Victoria’s “big battery” project under control as it continues to burn for the fourth day.

The fire started during initial testing of the Tesla battery set up in Moorabool on the morning of July 30, after one 13-tonne lithium battery bank caught fire and then spread to a second battery.

“No one was injured, and the site has been evacuated,” said Louis de Sambucy, managing director at Neoen Australia.

“Neoen and Tesla are working closely with emergency services on-site to manage the situation.”

While crews say the fire has “subsided significantly” in recent days, it is not yet under control.

Firefighters are performing atmospheric monitoring checks to see how active the fire is inside the shipping containers holding the batteries.

“Scientific experts and specialists have been called in to assist firefighters and to conduct atmospheric monitoring of the batteries,” the Country Fire Authority said.

Country Fire Authority incident controller Ian Beswicke said the expertise would help firefighters decide “what we need to do to respond to these types of fires.”

“The plan is that we keep it cool on the outside and protect the exposures, so it doesn’t cause any issues for any of the other components in the power station,” he said.

The cause of the blaze remains unclear and will be investigated once it is safe, the Victorian fire service organization said.

Nearby residents have been warned of toxic smoke in the area, and firefighters are using breathing apparatus.

A joint project between Tesla, Neoen, and AusNet services, the site is slated to become the largest storage facility in the Southern Hemisphere and forms part of a state government push to transition to renewable energy. The main aim of the Geelong-based joint venture is to develop a grid-scale project that helps Victoria achieve its target of 50 percent renewable energy by 2030.

It was awarded a 10-year contract by the Australian Energy Market Operator in November under the System Integrity Protection Scheme. The operators will reserve 250 Megawatt of the total capacity to help increase the transfer capacity between New South Wales and Victoria that can be utilized in case of power outages through the Victoria-to-New South Wales Interconnector.

Proponent Neoen had registered the 300 Megawatt battery project with the energy market operator on July 28.