The maximum number of people able to participate and broadcast to the video call remains at 30. 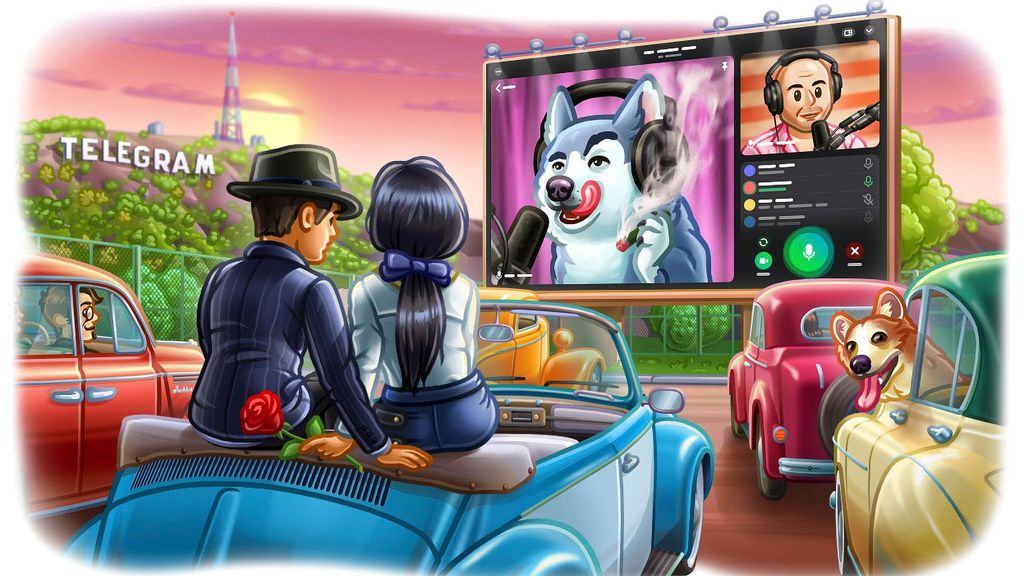 Telegram has announced that the company is increasing the total capacity of group video calls to 1, 000. (Telegram)

WASHINGTON — Messaging app Telegram has announced that the company is increasing the total capacity of group video calls to 1,000.

“This update takes video to the next level,” the company said in a blog on July 30.

“Group video calls now have up to 1000 viewers, video messages record in higher quality and can be expanded, regular videos may be watched at 0.5 or 2x speed. We’ve also added screen sharing with sound to all video calls, including 1-on-1 calls — and much more.”

The maximum number of people able to participate and broadcast to the video call remains at 30, users can have quite the audience now for “anything from online lectures to live rap battles,” as per the company.

Video messages will also now come through at a higher resolution, and users can tap them for a larger view of the clip.

When recording your own video messages, Telegram says that audio from your device will now keep playing.

“Video messages are a quick way to check-in or share your surroundings without adding another video to your gallery,” said the company.

“They now have higher resolution, and you can tap on a video message to expand it and take in all those extra pixels. You can now sing along to your favorite songs or reply without pausing your podcast. Users can now zoom in when recording with your phone’s rear camera, as well.”

Other additions include screen sharing for one-on-one video calls, with audio from the device of whoever’s broadcasting, and the option to auto-delete messages after a month. The longest option was previously a week.

“To power through lecture videos and replay kung fu moves in slow motion, the media player now supports 0.5x, 1.5x, and 2x playback speeds. Our Android developer is a fan of hummingbirds, so his app also supports 0.2x speed,” the company said about video playback speeds.

Telegram has also spruced up the user experience with animations for the passcode screen and when a user sends messages on Android. iOS users already got these message animations in a previous update.

“Messages in any chat can be set to erase themselves after 1 day or 1 week — and now 1 month, in case you need your chats to stick around for a full lunar cycle before disappearing,” Telegram said.

The Telegram desktop app now also has its own photo editor to crop, rotate or flip images — and add drawings or stickers. The media editor allows the user to illustrate and decorate your photos and videos with drawings, text, and stickers, as per the company.