Real Steele: A Behind-The-Scenes Look At ‘The Gangster Chronicles’ Podcast

Norm Steele’s podcast gives listeners a street perspective from some of its most notable legends. 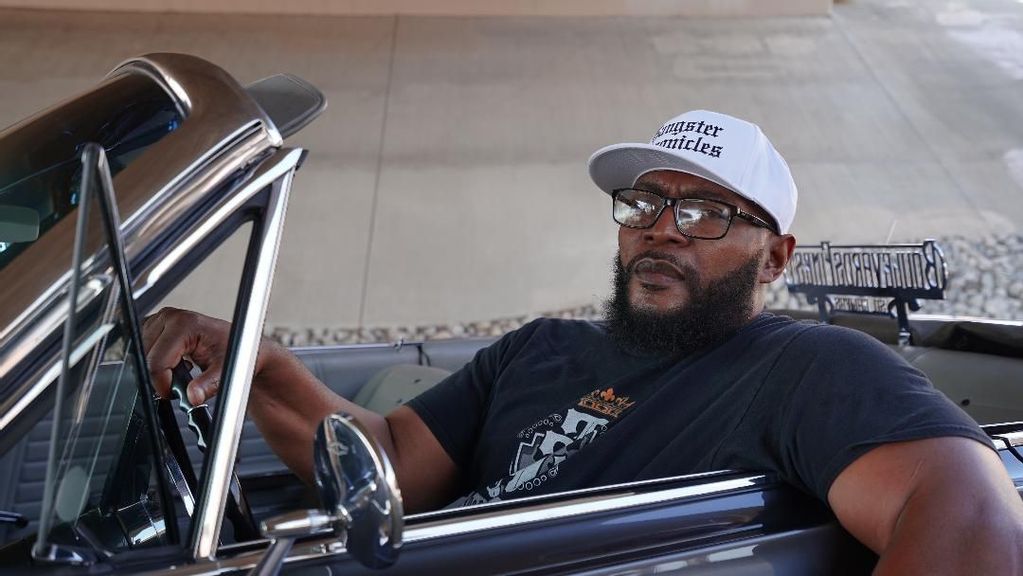 Norm Steele had a vision to share the stories of respected street figures in a manner that could be used as a teachable moment rather than glorifying the lifestyle. Mission accomplished.

His podcast, “The Gangster Chronicles,” serves as a platform for people who once lived the street life, currently live the street life or have ties to that life.

Steele is the host/moderator,  flanked by former Death Row Records muscle James McDonald and MC Eiht of gangsta rappers Compton’s Most Wanted who has also created his own lane as a solo artist. The show consistently ranks high in podcast lists, and Steele believes the best is yet to come.

“The Gangster Chronicles” takes listeners through some of the toughest ‘hoods in America without leaving their comfort zone.

Steele tells Zenger how he came up with the podcast’s concept, explains why he would love to interview Suge Knight, and much more.

Zenger: I’m loving the content from “The Gangster Chronicles” podcast. When you took over as the moderator/host, did you envision this level of growth?

Steele: I knew with the changes that we made were going to force the show to go in a different direction. I didn’t know how the audience would react to what I did, but it turned out they have received it well.

Zenger: From the outside looking in, it seems like this idea should not have worked. James McDonald has always had Bloods gang ties; MC Eiht has always had Crips gang ties; and James admitted to taking DJ Quik’s side in the beef with Eiht. Yet they are co-hosts and work well on one of the most popular podcasts on the air right now. How?

Steele: It’s all about respect. I think what people need to do, instead of looking at people as Crips or Bloods, black or white, or whatever, look at them as a man. They are another human being. We all get along. We are all like brothers. A big part of that is James’ growth. Everything through James’ eyes ain’t about Crips or Bloods. Same with Eiht. We’ve actually got a lot more in common than what people may think. I’m going to always commend him on this — James has grown tremendously. He was always a great man, good person, but he is borderline incredible now. I have a lot of fun.

We wanted to give a voice to the voiceless. Even though we’re interviewing entertainers and different people, everyone that we talk with comes from some element of the streets. “The Gangster Chronicles” ain’t never going to be the show that you come on if you wanna talk about your album or this or that. Even though I love having those conversations, that’s not what we’re about.

Zenger: Which guest would you say that you learned the most about once they came on the show?

Steele: I loved the Geto Boys interview that we just did. Scarface is one of favorite rappers. I also like Willie D, but for different reasons. He always represented the common Southern man that would whoop your ass.  Scarface’s lyrics are just in depth and visual.

I would also say Too $hort. I have been listening to $hort since I was a kid, and I’m an old cat now. It’s crazy to me that he is still up and doing his thing. I knew that he had to be a hell of a businessman for him to have the longevity and the career in a business where the average stay is only two-and-a-half years. He’s been around almost 40 years. I never really thought about that prior to us doing our research for the interview. He’s maintained a level of success for a very long time, and he is still cracking.

Zenger: I love the diversity of the guests, from a street guy like Pistol Pete to learning how much of an entrepreneur TQ is to an interview with Mac Minister from prison. Is that intentional?

Steele: Yeah, it is. It’s supposed to be to inform and educate. I don’t mean to highlight no negative s..t. It’s really to let people know, you sell dope you’re going to jail. You kill somebody, more than likely you will get killed, you reap what you sow. It’s really to inspire, inform and educate. Even though we’re starting to have more artists on the show, and that was something we wanted to do from the beginning, there will always be a place on there for that dude that’s fresh out of prison or been to prison or may still be in prison.

You mentioned the Mac Minister interview. That had an impact on me because the way the media puts his case out there, they make it look like he went and bodied [killed] this cat in Vegas in retaliation for the Mac Dre death. The dude got railroaded. It opened my eyes to his case, and we’re making it our personal mission to put that story out there as much as we can. We got some continuing stuff that we’re going to do with that. We are kind of his only lifeline.

A lot of people will tell me that they didn’t realize the show was as big as it is because our audio numbers are way bigger than the numbers we get on our YouTube channel. YouTube numbers are cool, but we get a million downloads on the audio side. It can always be better and grow more, but we’re not using the platform we got to put any negativity out there. We want to put all positive stuff in the universe.

Zenger: I ask everyone who is doing radio or in that podcast world this question: Who is your bucket list guest?

Steele: I’ve already talked to everybody that I really wanted to talk to. I always wanted to get one with J. Prince. We sat down with J. Prince and chopped it up with him. I always wanted to sit down with the Geto Boys, and we did that. Suge Knight would be my bucket list guest. Suge kept a whole bunch of people out of jail, he changed a whole lot of people’s lives. He brought us the biggest rap star in the history of rap, Snoop Dogg. He had arguably the best lineup ever. He perfected the perfect label. It’s a shame that it went down the way it did. You gotta give Suge his genius. You may think his methods were kind of out there, but he made things happen.

I think what Suge, Irv Gotti and J. Prince had going was genius. Whenever you get some black people talking about starting up their own distribution thing, that can be a very powerful move. I’m working on something right now that’s probably going to shift the culture. It’s going to be one of the biggest things done in media in a long time. I can’t talk in detail about it, but I’m going to definitely come to you first. I’m really about empowering people. James [McDonald] don’t have a standard podcast deal, dog. James is terminally supplanted in everything that I do because he’s such a big reason why. I never came on the show with the pretense of coming from behind the scenes. I wanted to be a behind-the-scenes executive.

Zenger: I know there were some things said about that.

Steele: That’s why I’m glad I’m doing this interview. I could erase a bunch of BS, and I didn’t have to, but I felt the need to. You come up with this idea, and the premise of the show is based on what you wanna do. I talked to Glasses Malone, who I manage. Me and Glasses was in my living room one night, two years before “The Gangster Chronicles” came out. I said, “Bro, I’m going to do a show called ‘The Gangster Chronicles’ and it’s going to really be about the streets. We’re going to interview some different entertainers, but you’re liable to see somebody that used to be a burglar, used to be a drug dealer, or somebody that’s out of their mind.”

But I wanted it done from an angle where we’re not glorying stuff, but we’re going to get to the meat of how and why. People don’t just become who they are for no reason. We’re all born crying and naked. There is always something that happens that makes people who they are. I always felt if people could get a better understanding of each other, then we could make this a better place. Not everybody is gonna get along, but we could all respect each other and understand where we’re all coming from.

«Previous Post
Darnelle Beckford Gets Real About Epilepsy And Other Limitations In His New Book»Next Post
USA Men’s Basketball: The Dream Renewed