Popcorn With Zenger: ‘The Green Knight’ Is Visually Beautiful But Narratively Flawed

Story of bold medieval quest is stylish yet heartless. 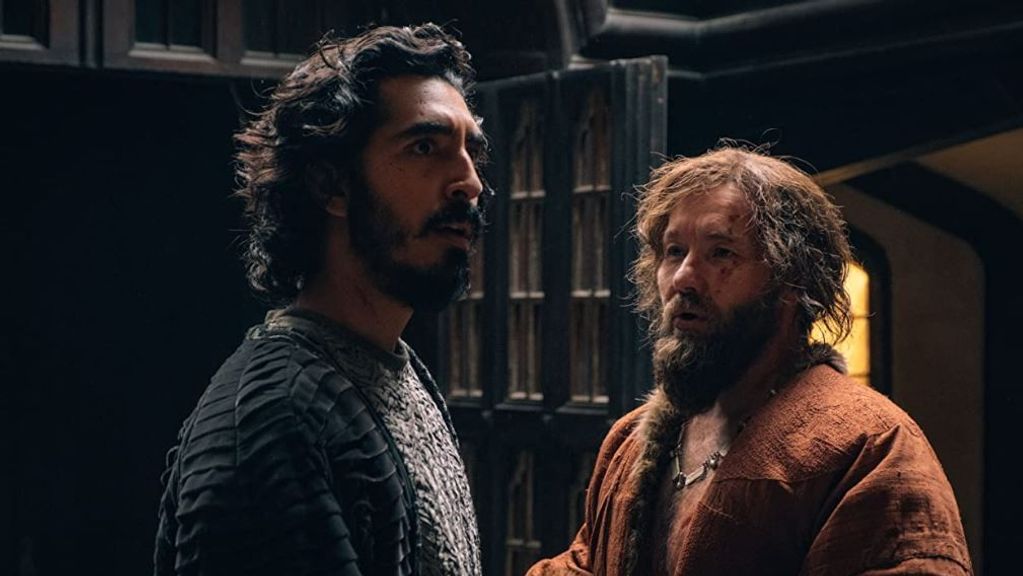 Dev Patel (left) and Joel Edgerton in “The Green Knight,” a medieval fantasy based on the stories of King Arthur of Camelot. (A24)

When it comes to films produced by A24 studios, there is a fine line between stylish and pretentious.

A24 has been responsible for some of the most decorated films in the last several years, including Academy Award winners “Moonlight,” “Room,” and “Amy.” However, their movies tend to be viewed more favorably by critics than audiences.

A24 is not known for popcorn films, and “The Green Knight” is no exception. It’s the story of a knight who dreams of being king, but the only similarity between this film and “Game of Thrones” is that “The Green Knight” is also destined to be one of the most polarizing topics in the world of entertainment.

The Story: “The Green Knight” stars BAFTA Award-winning actor Dev Patel as Gawain, the nephew of King Arthur of Camelot (Sean Harris). Gawain lives his life in Camelot as a misfit until one day, the mysterious Green Knight (Ralph Ineson), a tree-like warrior, barges in and challenges King Arthur’s court to a game. If anyone is able to land a blow on him, they will win his battle-axe, but they must come to the Green Chapel in one year’s time to receive an equal wound in return.

Gawain foolishly takes up the challenge. He chops off the Knight’s head thinking it a clever way to get out of the deal, but the Knight picks up his own head and rides off laughing, knowing what Gawain’s fate will be. One year passes, and it is time for Gawain to pay his debt. Gawain embarks on a journey to the Green Chapel to hold up his end of the agreement. Along the way, he runs into thieves, witches and talking animals in one of the boldest medieval dramas in years.

Bright Spots: Those familiar with the work of writer/director David Lowery know that he is skilled at visual storytelling. Every shot of the film is created with an impressive amount of detail with lighting, filtering and framing.

Dev Patel delivers another strong performance. The story of Gawain has been retold many times before, and at its core, it is the story of a man who must come to terms with the consequences of his actions. In this version, Gawain is a naive and reckless young man who goes through life failing to heed the warnings of those wiser than him. Once he has made his grave mistake, the story of personal responsibility and coming of age is where the film thrives.

The ending sequence is going to make or break the film for a lot of people, but Lowery does a magnificent job of playing with the old trope of having one’s life flash before their eyes. The effort is there, but Lowery falls victim to missed opportunities to engage his audience.

Weak Spots: “The Green Knight” isn’t for everyone. Most audiences will not have the patience for director Lowery’s slow-paced cinematic style. Much of the first act is shot in a dark style, and it is hard to make out much of what is happening on the screen. The style is presented to contrast with the more colorful set pieces later on, but it takes a while to reap the rewards of that choice.

For a medieval fantasy quest, Lowery’s story isn’t very gripping. The film doesn’t focus too much on any aspect of its universe other than the main character. Whenever an interesting element is introduced to the story, the film moves past it without much explanation or satisfying conclusion. Viewers are left to digest what feels like the cinematic equivalent of empty calories.

When a character isn’t relatable in a story that doesn’t provide a satisfactory arc of redemption, you are left with a film that has style but no heart, and no amount of cinematography will change that.

The Takeaway: Not everyone will get all the nuance of “The Green Knight” in their first viewing. This movie appeals more to cinephiles than your average moviegoer. If you are looking for more upbeat options, there are much better ones out there for you. But for anyone who yearns for challenging cinema, this is one of the boldest films of the year.

See or Skip: “The Green Knight” is a solid diversion from Hollywood’s repetitive cycle of cinema, but it isn’t without its flaws.