Hills in southern Indian state of Kerala are covered in hues of blue due to the rare flowers. 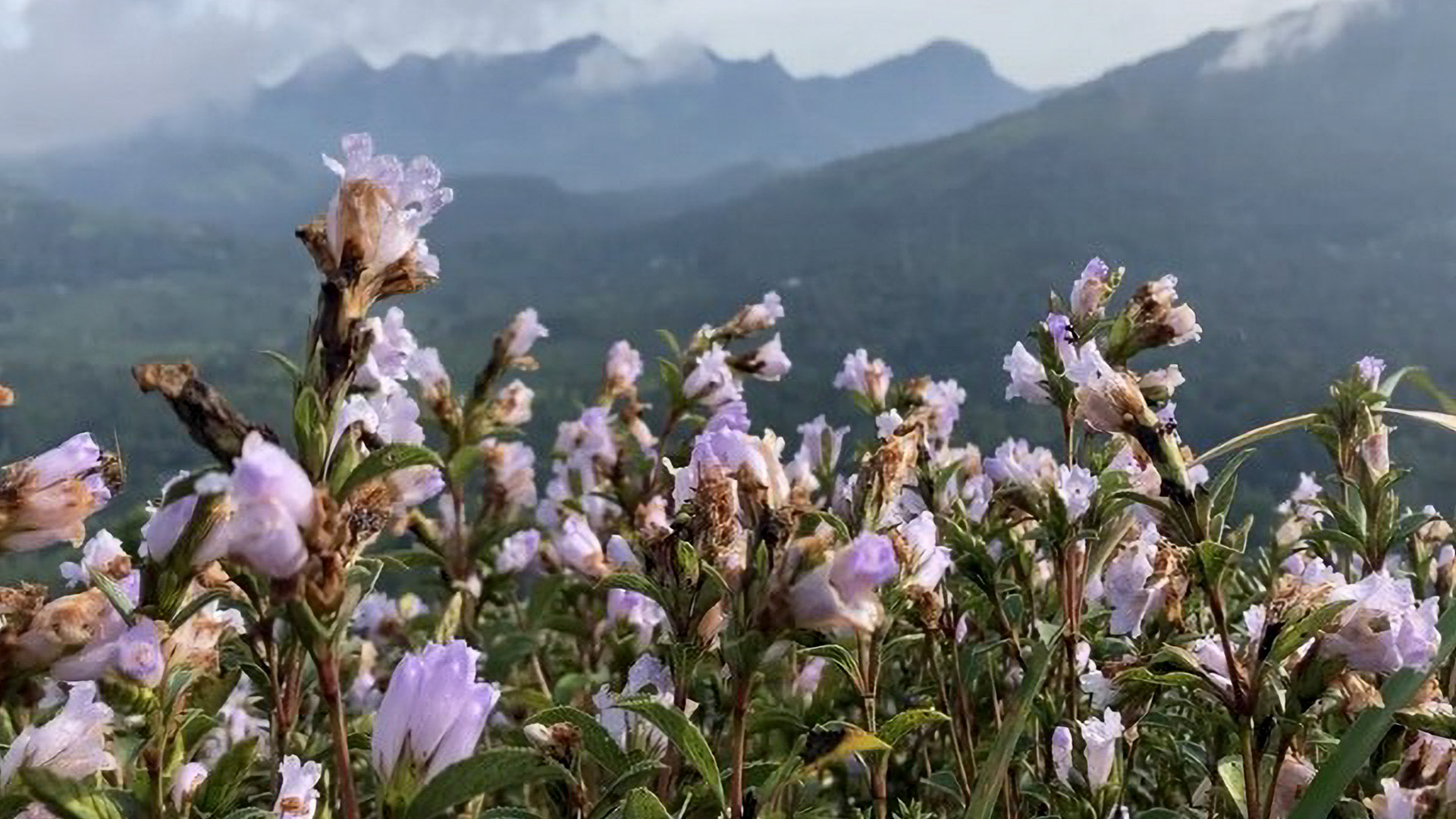 IDUKKI, India — The Idukki district’s Shalom Kunnu (Shalom hills) in the southern Indian state of Kerala under the Santhanpara Panchayat is blossoming with the blue Neelakurinji flowers, which bloom once every 12 years.

Strobilanthes Kunthiana, known as Neelakurinji and Kurinji in Malayalam and Tamil, is a shrub found in the Shola forests of the Western Ghats in Kerala and Tamil Nadu.

The Nilgiri Hills, which means “blue mountains,” got its name from these Neelakurinji flowers.

Neelakurinji blooms in 40 or so varieties, a majority of them being blue.

‘Neela’ literally translates to ‘blue,’ and ‘Kurinji’ is the name given to it by the tribals of the area. Last seen in 2006, the time for viewing them begins in August and lasts up to October.

In Munnar (a town in the Western Ghats mountain range in the southern Indian state of Kerala), one can view this great sight from Kovilur, Kadavari, and Eravikulam National Park (Rajamala).

The park offers a magnificent view of the tea plantations and the rolling hills caressed by blankets of mist. The park becomes a hot destination when the hill slopes get covered in a carpet of blue, resulting from the flowering of Neelakurinji.

This time over 10 acres of Neelakurinji flowers have covered the Shalom Kunnu. However, these hills are not open for tourists this time due to Covid-19.

“This time, owing to Covid, tourists are not allowed to visit the hills. The flowering of Neelakurinji, known as Strobilanthes Kunthiana, is special for people in Idukki,” said Binu Paul, a native who studies keenly on the biodiversity of Idukki.

“But along with it, efforts must be taken to conserve such rich biodiversity.”

Botanists and nature lovers mark their calendars in anticipation of this event.

Standing amidst the Neelakurinji, one is transported to a different dimension altogether.

“For tourism, specialized tours of this rare phenomenon are available during this time period around the area. Apart from that, treks are also organized to view this masterpiece of nature. It is like a secret glimpse into heaven,” he said.

The complete blossoming of these flowers after 12 long years comes after isolated flowering was reported last year from Anakkara Mettu Hills of the Western Ghats bordering Tamil Nadu, Puttady near Thondimala and the border village of Shantanpura Gram Panchayat.

Isolated flowering happens in various areas in the western ghats during different seasons.