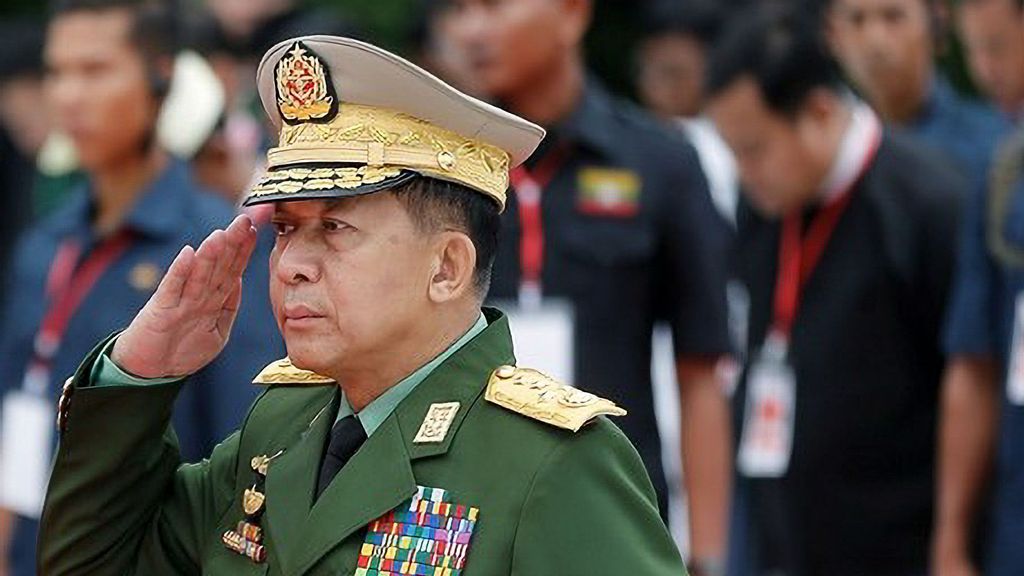 NAYPYITAW, Myanmar (Burma) — Myanmar’s military leader Min Aung Hlaing declared himself the Prime Minister of the country on Aug. 1. The leader announced that he would occupy the position for two more years during an extended state of emergency in the country.

The country would go for elections in 2023, as per the new prime minister.

The announcement comes six months after Myanmar’s democratically elected government was overthrown in a military coup, sparking waves of protests throughout the country.

Myanmar’s military overthrew its democratically elected National League for Democracy government in February, claiming the election had been marred by fraud.

National League for Democracy’s leader Aung San Suu Kyi was arrested. She has since been charged with multiple crimes, including illegally possessing walkie-talkie radios and violating Covid-19 rules.

Her trial resumed on Aug. 2, as per media reports.

As violence continues to intensify in Myanmar, 940 people have been confirmed to be killed since the military takeover on Feb. 1, as per Assistance Association for Political Prisoners.

Myanmar has also become overwhelmed due to the resurgence of a high number of Covid-19 infections in the country. Residents and human rights activists are accusing the junta of using the pandemic to consolidate power and suppress the opposition in the country.

The death rate per capita in Myanmar in the last week of July has surpassed that in Indonesia and Malaysia and has become the worst in Southeast Asia. The country’s healthcare system was quickly overwhelmed by new Covid-19 patients.

Medical oxygen supplies are dwindling, and the government has restricted its private sales in many places, saying it is trying to prevent backlogs. This has, however, led to widespread accusations that supplies are being channeled to government supporters and military hospitals, as per media reports.

The medical workers in the country are also being targeted after leading a civil disobedience movement that called on experts and civil servants not to cooperate with the government, known as the State Administrative Council.

“They have stopped distributing personal protective equipment and masks,” said Yanghee Lee, one of the founders of the Special Advisory Council for Myanmar.

“Myanmar’s junta has made the mass arrest of journalists and control over the media a key component of its seizure of power from a democratically elected government,” said Phil Robertson, Deputy Asia Director of the Human Rights Watch.