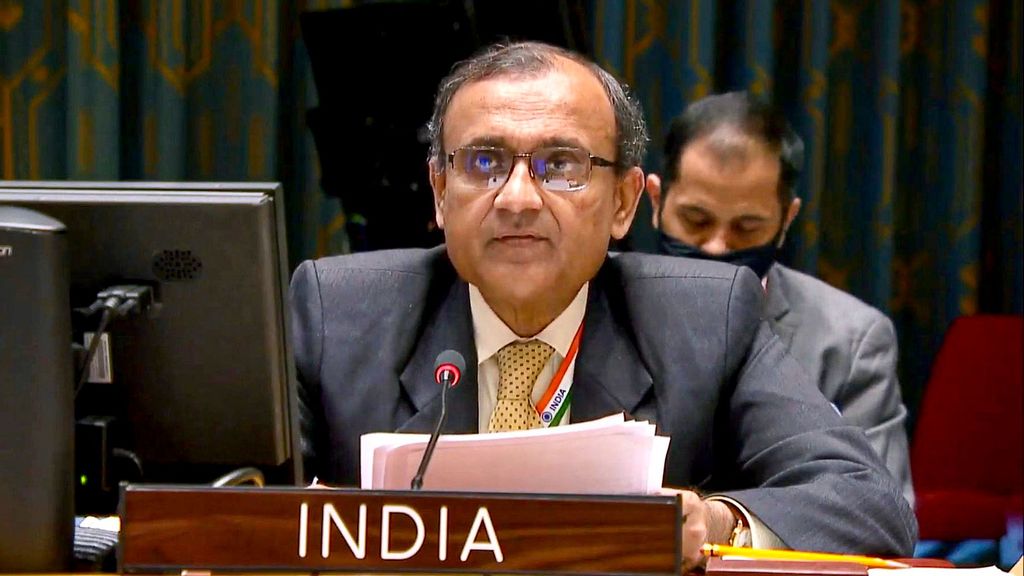 NEW YORK — As India is gearing up to assume the rotating presidency of the United Nations Security Council (UNSC), India hopes to keep the spotlight on the Secretary-General’s report on the Islamic State (IS) terrorists.

The rolling presidency means India has the power to decide the agenda for August.

“We have never failed to highlight the manifestations of terrorist activities across the world, especially now, for example, in Africa, where it is increasing,” said T.S. Tirumurti, India’s Ambassador (Permanent Representative) of India to United Nations.

“So we hope to discuss the Secretary General’s report on ISIL (the Islamic State of Iraq and the Levant) and Daesh (ISIS) and keep the spotlight on this matter.”

During India’s presidency in the United Nations Security Council, India will focus on the themes of maritime security, peacekeeping, and counter-terrorism and preside over three high-level signature events on these issues.

“We believe that it is time for the Security Council to take a holistic approach to the issue of maritime security, that safeguards common prosperity and other security interest.”

On the agenda of counter-terrorism, India’s top envoy to the United Nations said that “India has consistently kept the spotlight on combating terrorism, both inside the discussions in the council and outside as well.

“We will be focusing on how to ensure the safety of the peacekeepers, but especially by using better technology, and also how to bring perpetrators of crimes against peacekeepers to justice. We are strongly advocating for proactive measures to what we call to protect the protectors,” Tirumurti said.

“We are not only strengthened the efforts to combat terrorism, especially for example in the financing of terrorism but we are also prevented efforts to dilute the focus on terrorism.”

This is India’s first presidency during its 2021-22 tenure as a non-permanent member of the Security Council and its eighth tenure so far. India will again preside over the Council in December next year, the last month of its two-year tenure.

India took over the presidency from France on Aug. 1. Post the presidency, France said it is committed to working with India on strategic issues — maritime security and counter-terrorism while Russia congratulated and said it is “truly impressed.”

The recent report of the United Nations Security Council says that Islamic State in Iraq and Syria (ISIS) and Al-Qaeda terror organizations are on the rise in Africa and can be dangerous in the long run. The report warned that Africa is “the region most affected by terrorism” at the moment.