The voucher has been developed by the National Payments Corporation of India. 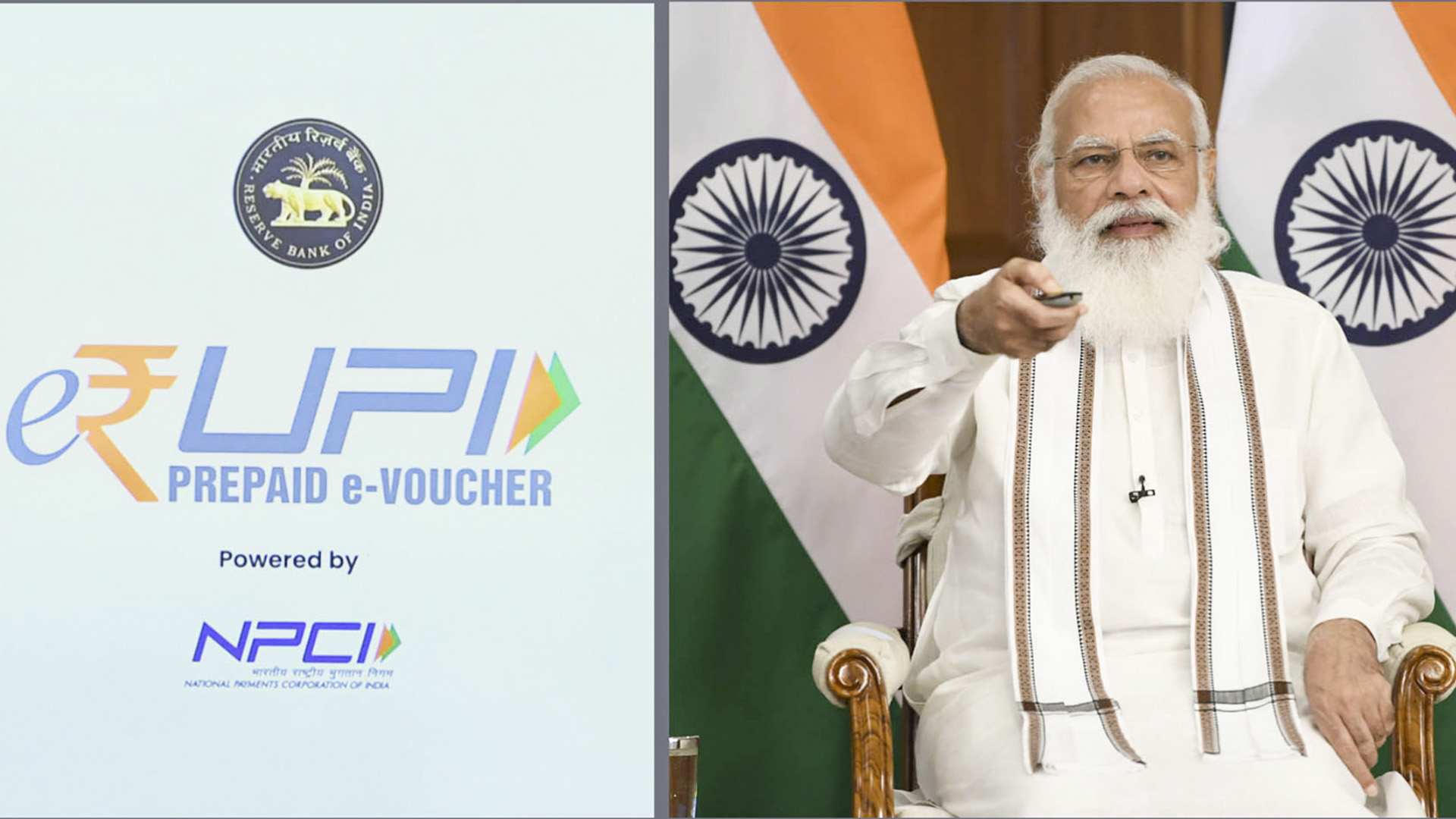 e-RUPI is a cashless and contactless instrument for digital payment, as per the official statement from the Indian Prime Minister’s office.

“It is a QR code or SMS string-based e-Voucher, which is delivered to the mobile of the beneficiaries,” the official statement said.

“The users of this seamless one-time payment mechanism will be able to redeem the voucher without a card, digital payments app or internet banking access, at the service provider.”

The instrument has been developed by the National Payments Corporation of India on its Unified Payments Interface platform, in collaboration with the Department of Financial Services, Ministry of Health and Family Welfare, and National Health Authority.

The statement said that e-RUPI connects the sponsors of the services with the beneficiaries and service providers in a digital manner without any physical interface.

It also ensures that the payment to the service provider is made only after the transaction is completed.

Being pre-paid in nature, it assures timely payment to the service provider without the involvement of any intermediary.

“e-RUPI’s cashless and contactless digital payment system also comes as a boon in the ongoing times of pandemic where people are hesitant in doing hand-to-hand cash transactions,” tweeted Amar Prasad Reddy, former advisor to Union Minister of State for Health and Family Welfare.

The release said e-RUPI is expected to be a revolutionary initiative for ensuring a leak-proof delivery of welfare services.

It can also be used for delivering services under Indian schemes meant for providing drugs and nutritional support under Mother and Child welfare schemes, Tuberculosis eradication programs, drugs, and diagnostics under schemes like Ayushman Bharat, Pradhan Mantri Jan Arogya Yojana besides fertilizer subsidies.

“e-RUPI launch in India. As momentous as MGNREGA in my view, will become useful tool to deliver support in kind to the urban poor. Over time can eliminate govt. intervention in factor markets to deliver relief. Should streamline budgeting as well,” tweeted economist Prithviraj Srinivas.

The private sector can also leverage these digital vouchers as part of their employee welfare and corporate social responsibility programs, the release said.