A three-way kidney swap between patients and relatives in Israel and Abu Dhabi was facilitated by Abraham Accords. 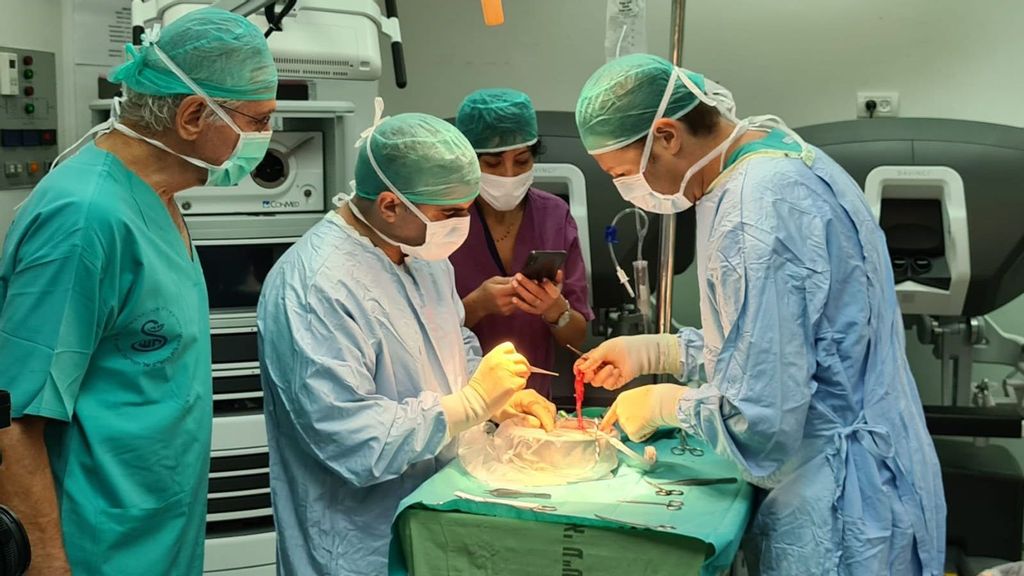 Doctors inspect the kidney donated by an Israeli woman ahead of its journey to Abu Dhabi in the first exchange of its kind. (Photo by Naama Frank Azriel)

A three-way organ swap took place this week between Israel and the United Arab Emirates.

Family members of three people requiring a transplant donated their kidneys in exchange for kidneys for ailing loved ones.

It was the first time an organ exchange took place between the two countries.

In Israel, Shani Markowitz had her kidney removed by doctors at Sheba Medical Center early on Wednesday morning. The organ was quickly flown to Abu Dhabi, where it was to be transplanted into a local resident.

“We started the procedure at 5:30 in the morning to accommodate the flight time, so the kidney will not stay too long in the box, in the cooler,” Prof. Eytan Mor, the head of the transplant center at Sheba, explained following the operation.

Separately, the kidney of a relative of that same Abu Dhabi resident will be removed and transported to Israel for transplantation into a patient at Rambam Health Care Campus in Haifa. A relative of the Rambam patient is undergoing surgery at Rabin Medical Center in Petah Tikvah and donating a kidney to Markowitz’s mother.

Mor noted that talks to establish collaboration in the field of organ transplants between the two countries began some six months ago, made possible by the signing of the Abraham Accords between Israel and the UAE last September.

“I hope that this collaboration will open a door for further collaboration in other fields of medicine between us and the Emirates,” he said.