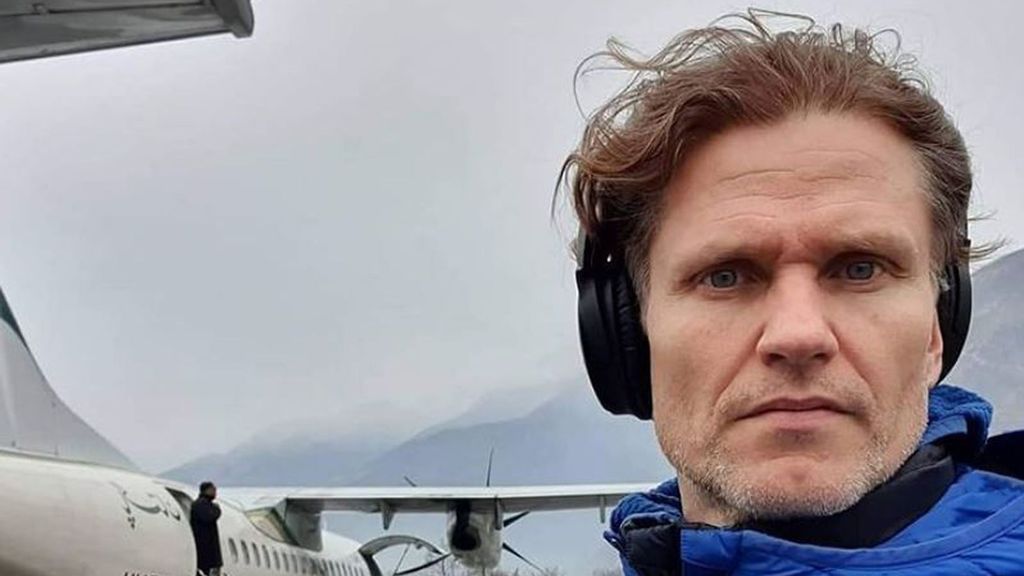 John Snorri, along with climbers Ali Sadpara and Juan Pablo Mohr, went missing on February 5, 2021, during an attempt to climb K2 in winter. Their bodies were located on July 26. (@john.snorri/Zenger)

The body of famous Icelandic mountaineer John Snorri Sigurjonsson, who disappeared on K2 in February along with two companions, has been found by sherpas.

Snorri became the first Icelander to summit the world’s second-highest mountain, K2, in 2017. He is believed to have died at age 47 on February 5 while trying to reach the summit again.

Snorri, Muhammad Ali Sadpara and Juan Pablo Mohr went missing while attempting a K2 summit push from Camp 3, and Pakistani authorities announced that they were presumed dead on February 18.

Three bodies believed to be the missing mountaineers were found on July 26 on the slopes above Camp 4 by a Madison Mountaineering Sherpa Team fixing ropes in the area.

The two other bodies are believed to be Sadpara and Mohr.

“It is entirely up to the Pakistani authorities to decide whether to try to get their bodies down from the mountain, but conditions on K2 are very difficult,” Snorri’s family said in a statement following the discovery. “It is important that the safety of those who take part in such operations is ensured if a decision is made to transfer them to a base camp.”

John Snorri was married to Lina Moey Bjarnadottir, and had six children.

It is unclear if Pakistani authorities have made a decision about retrieving the three bodies yet.

K2 is considered by some climbers to be more difficult and dangerous to summit than Mount Everest, the world’s highest mountain, partly due to harrowing weather conditions. The three climbers were making their second attempt to climb to the top during the winter months, after having attempted the same feat in December.

After a Nepali mountain-climbing team succeeded in summitting K2 during the winter in January this year, K2 became the last of the 14 “eight-thousanders” — mountains over 8,000 meters (26,000 feet) — to be climbed during winter.

K2 has a death-rate of about 23 percent according to data from the Himalayan Database, maintained by journalist Elizabeth Hawley. As of this year, only 377 people have successfully scaled K2, and 91 people have died trying.

Snorri had previously climbed K2 in 2017. That climb was the fourth in a series of 10 of the world’s most challenging mountains that he conquered within four years, according to his website. He scaled K2 and neighboring Broad Peak, for a grand total of 54,652 feet (16,658 meters) in seven days.

Snorri’s goal after summitting K2 in the winter was to climb the 10 other eight-thousanders he had not yet climbed.

“Our Icelandic hearts are beating with Pakistani and Chilean hearts,” Snorri’s family said in a statement on Snorri’s Instragram page. “Thank you to all who have devoted your time to the search and taken the time to care by sending supportive words and thoughts to us in these difficult times. Ali, John and Juan Pablo will live forever in our hearts.”