“Let’s Be Realistic” provides a frank perspective on overcoming adversity and maximizing your talents. 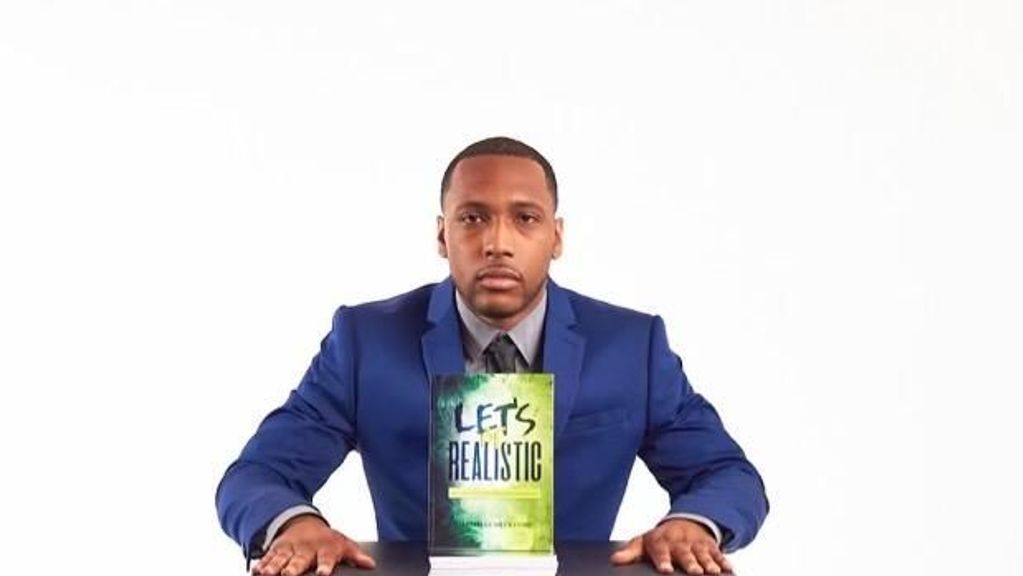 Darnelle Beckford has written a motivational and inspirational book, “Let's Be Realistic: Battling Epilepsy and Other Limitations.” He says, “This book is for you if you have any type of addiction or illness.” (Courtesy of Darnelle Beckford)

Darnelle Beckford was diagnosed with epilepsy at age 2 and has been fighting the disease’s effects all his life.

How he’s choosing to deal with it can serve as an inspiration to others. He refuses to let the seizure-causing malady beat him. Setting his sights on graduating from college — and going in with a bit of a chip on his shoulder — Beckford surpassed even his doctors’ expectations.

He made Berkeley College’s Dean’s List last year. And earlier this year, he released an inspirational and motivational book “Let’s Be Realistic: Battling Epilepsy and Other Limitations,” which details how he coped with the numerous doctor visits and overload of medications following his diagnosis.

Beckford opens up to Zenger News about his battles with the disorder, how he dealt with the doubters, what it was like writing his first book and more.

Zenger: Congratulations on your new book. How did it come together?

Beckford: The process was quite simple. I was in college writing an essay for one of my classes. After I was done with the essay, I just started thinking about what I’ve been through and how far I have come, and I just started writing. In no time, I had 25 pages. I showed it to my dad. He read it and was like, “This is too good; you need to turn this into a book.”

I never had the thought of a book. I was just going to write and store it on my computer. I took my parents advice to see how far it can go. He introduced me to Michael Wright and his company, MawMedia Group LLC. So, me and Mr. Wright went back and forth, and I shared my stories with him. And the rest, as they say, is history.

Zenger: How special of a moment was it for you to make the dean’s list at Berkeley College?

Beckford: It was huge! A lot of people never thought I would make it this far, as far as doctors that diagnosed me as a baby. They were telling my parents that I wouldn’t be equipped to process things at an adequate rate like the other kids. I planned everything out. People thought I couldn’t go to college, and I just started to work because I wanted better for myself. I convinced myself that I was going to go to college. Both of my parents are from Jamaica. They were both teachers there, and education is important in our family and our culture.

I started at a community college [and] made the Dean’s List about 10 or 12 times, exceeding everyone’s expectations anyone had for me. I set my own standards. I had to push through and prove everybody wrong. I went to college with a chip on my shoulder. I had a point to prove. I did all the research while looking for college; the high school I came from didn’t offer the proper resources to really help out with that.

From there, I went to Berkeley College, where I continued to excel. The icing on the cake for me was to graduate with honors. I graduated from community college with a 3.03, which is B average, but that wasn’t good enough for my standards. At Berkeley, I was Student of the Month. I had a good relationship with my professors. I graduated from there in 2020. Due to the pandemic, I wasn’t able to walk [in a graduation ceremony], but I graduated with honors, summa cum laude. I set my mind to it, and I did it. I did that for me. For the people that doubted me, I proved them wrong.

Zenger: You mentioned doctors diagnosing you at an early age. Tell us about that.

Beckford: I was diagnosed with epilepsy, so I had seizures. That was at an early age, like 2 years old. I have to live with this the rest of my life. I was on so many medications. They all had different side effects. I was having a lot of seizures to the point where it hindered my development. So I wasn’t able to grasp certain things as fast as the other kids. I needed extra help, but once I got it, I got it.

By the time I reached college, I knew I would never be treated like the rest of the students asking for handouts. I didn’t ask for any handouts. If the time was up for taking the test, it was up for me, as well. It was a difficult road. I have been to so many doctors trying to figure out what’s going on with me, and what we can do.

Zenger: What do you want readers of “Let’s Be Realistic: Battling Epilepsy and Other Limitations,” to take away from it?

Beckford: Never give up. If you are in a situation that you feel like you can’t get out of, this book will definitely connect with you. I talk about so many things that the average person can relate to. This book is not just about me battling epilepsy, but it’s also about other major things that happened to me. I feel like this can connect with different people that have gone through some type of fight, whether it be mental illness, domestic violence issues or cancer.

This book is for you if you have any type of addiction or illness. There’s a lot of different advice I give on how to overcome such obstacles. It’s especially important to surround yourself with people who are really down for you and really care about you. A lot of people say they are down for you and will be there for you, but that’s not always the case. The biggest message is about inspiring others. Not only people with disabilities or illnesses, but anyone trying to survive any situation.

Zenger: Congratulations again. I can’t wait to read the book, and I wish you the best of luck with it. Is there anything else you would like to add?

Beckford: I just want to tell everybody to keep fighting the fight. We have to continue to speak up and use our platforms to voice our opinions. No matter what the fight is, keep fighting the fight, and I promise you we will get through all of this. I am working on some great things, business ventures and things like that. I hope everyone stays tuned. I want everyone to see that if I can make it out of a difficult situation, a lot of hardships, they can do it too.