VIDEO: Howls He Do That? Police Wonderdog Can Cross A Tightrope Blindfolded And Even Hop Up Stairs 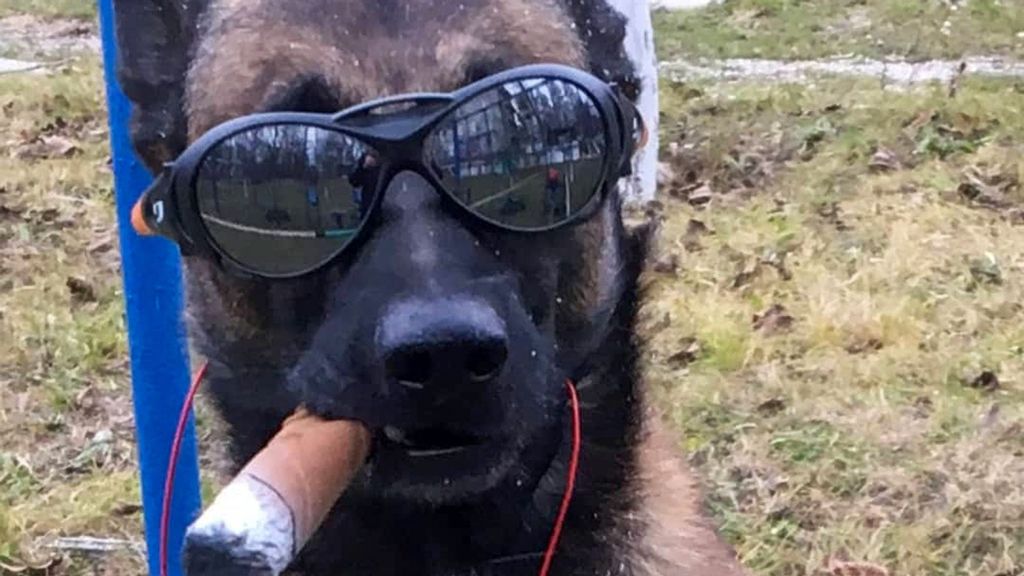 Police dog Lachi, pronounced 'Lucky', has even shown off his incredible tricks on "Romania's Got Talent." (@ghenadierotaru/Zenger)

He can hold his breath underwater for a full minute. He shows off his tightrope-walking skills by doing it blindfolded. And all he wants in return is a few biscuits and the occasional belly rub.

Meet Lachi — pronounced “Lucky” — the latest discovery of the TV show “Romania’s Got Talent.” The police dog and his partner, Ghenadie Rotaru, work for the border police agency in Chisinau, the capital city of the Republic of Moldova.

Lachi is a Belgian Malinois, a breed developed for shepherds and cattlemen, according to the American Kennel Club. He recently celebrated his sixth birthday.

Video footage obtained by Zenger shows a compilation of Lachi’s tricks, including hopping up a stone staircase on his two hind legs, backpedaling with a trainer and walking those tightropes.

In addition to his day job as a police wonderdog, Lachi performs in shows at the Moldovan National Theater, where he demonstrates his tightrope skills and holds his breath underwater for more than a minute.

While walking blindfolded on a rope while pulling a load is something no dog would ever have to do in practice, Rotaru says the exercise is about building a bond of trust between a human and an animal in order to push Lachi’s boundaries.

He said that just as human police officers train for unlikely scenarios in order to train their bodies and minds, Lachi’s learned behaviors keep his physical and mental health strong, and prepares him to help police in extreme situations like fires and earthquakes.

Rotaru, a native of the Moldovan city of Leova, said police dogs are valuable for catching suspects or sniffing out drugs or bombs. But they also help law enforcement improve its image and standing in communities where they work.

“The public appreciate the abilities of dogs like Lachi, and they have exactly the opposite effect on criminals who really fear them,” he said.

Asked about the secret to his success, he said only one thing counts: “There must be no secrets and you must never try to fool the dog.”

Rotaru said trust between animals and their handlers is the basis for achievement. And, he said, that’ true no matter the dog’s temperament or breed — and it doesn’t matter how old his partner is.