Two-day exercise is a show of strength to counter Chinese aggression in the region. 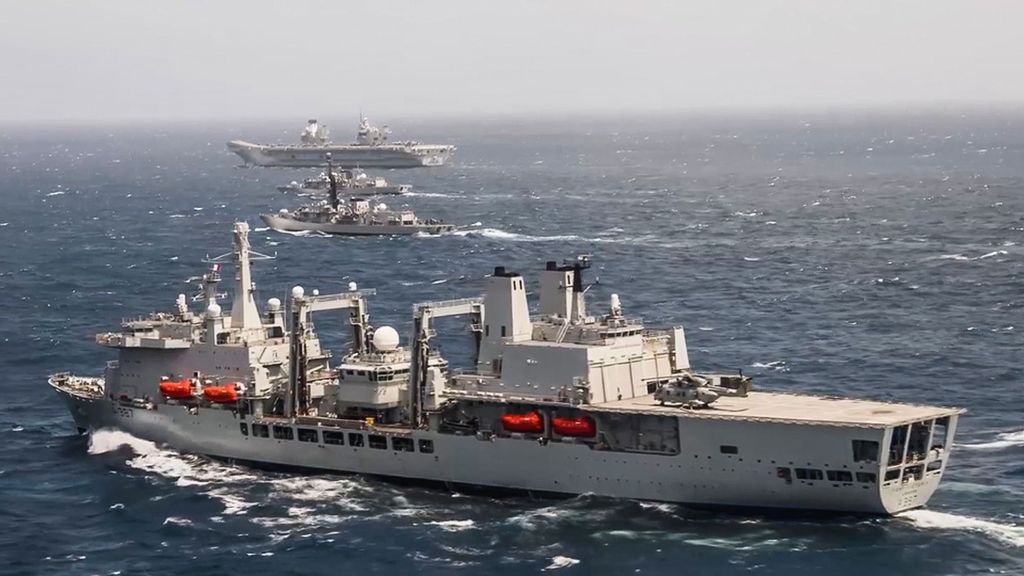 The U.K.’s Royal Navy and the Indian Navy have teamed to carry out war games in the Bay of Bengal.

The exercises reflect the growing ties between the two countries spelled out in a comprehensive strategic partnership their leaders entered into earlier this year.

The games underscore the U.K.’s growing presence in the region, as well as a desire to counter Chinese aggression, according to published reports.

“Watch HMS Queen Elizabeth lead a close formation of ships from the Royal Navy and Indian Navy as the two countries carried out training during a two-day exercise,” the navy said in sharing a video of the exercise on social media. .

According to the Royal Navy, 12 ships, 30 aircraft and 4,500 personnel took part in the Bay of Bengal exercises, including the frigates HMS Kent and Richmond, and RFA support ship Fort Victoria.

The Indian team included the destroyer INS Ranvir, frigate Satpura, corvettes Kulish and Kavaratti and replenishment ship INS Jyoti. During the two days, the teams carried out a number of air, surface and sub-surface exercises.

“It feels good to be exercising with the Indian Navy as we have worked with many nations so far,” said Jagjeet Singh Grewal, a marine engineer on HMS Queen Elizabeth with a long family history in the Indian military. “My grandfather and grandfather-in-law served alongside the British Army in the Second World War and received a Mention in Dispatches, the Burma Star, Africa Star, War Medal and Defense Medal,” he said.

The aim of the war games is to see how well the navies could work together. Both countries are committed to preserving unfettered navigation in the Indian Ocean and surrounding areas.

“As HMS Queen Elizabeth and her Carrier Strike Group cross the Indian Ocean, it is only natural that we should exercise with the Indian Navy,” said Commodore Steve Moorhouse. “Britain and India are two prosperous and outward-looking democracies, committed to security, freedom and the rule of law, here in the Indian Ocean and beyond.

“At the strategic level, this exercise is a muscular expression of the closer defense partnership that prime ministers [Boris] Johnson of the U.K. and India’s [Narendra] Modi envisaged when they agreed to the UK-India Roadmap 2030 earlier this year.”

That pact includes commitments for the two countries to deepen their cooperation on health, climate, trade, education, science/technology and defense.