China recently opposed a meeting between US Secretary of State Antony Blinken and Tibetan spiritual leader Dalai Lama in India. 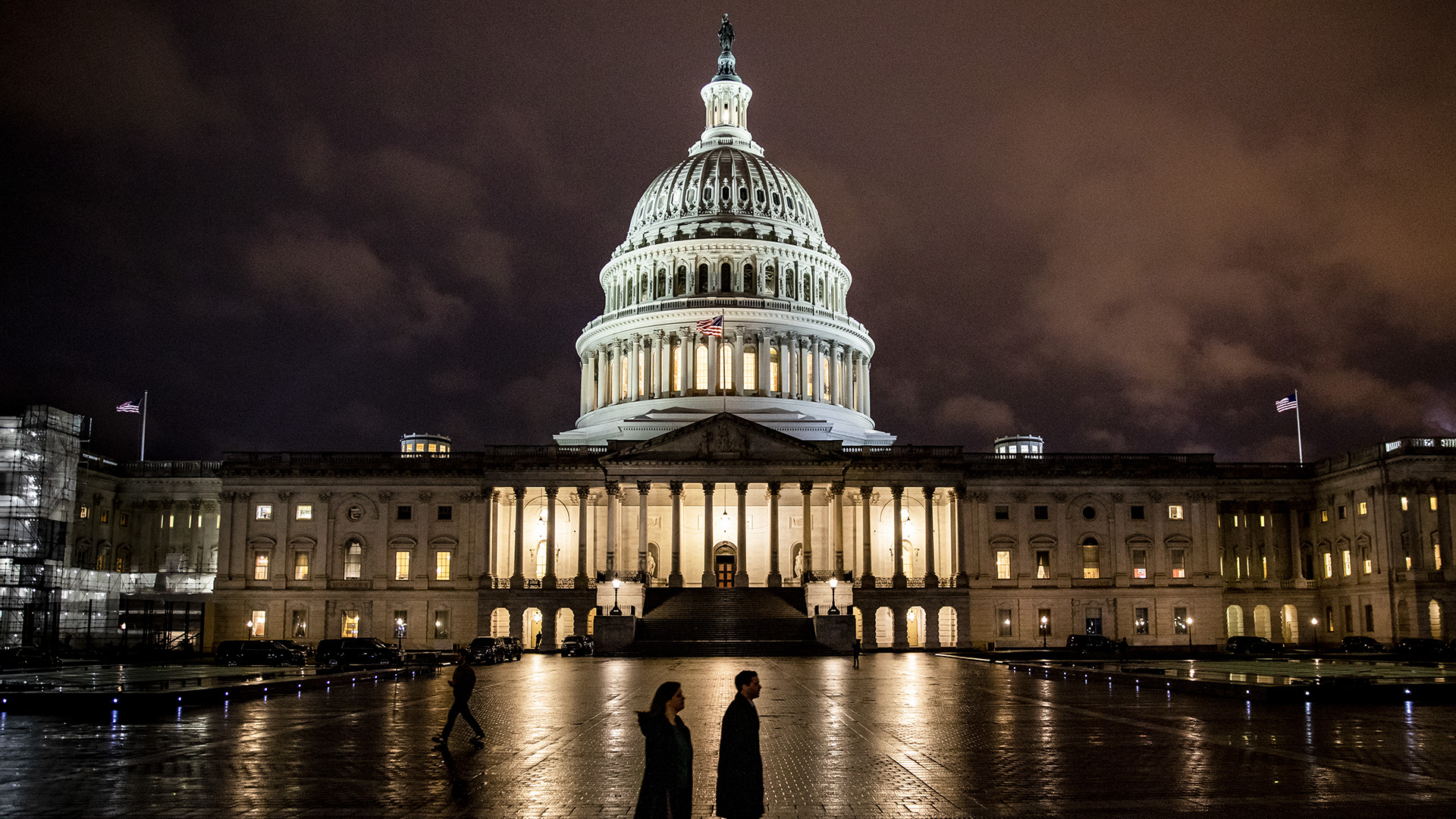 The United States House of Representatives passed a bill that called for the prohibition of the use of public funds to buy, make or display any map showing Taiwan as part of Chinese territory. (Samuel Corum/Getty Images)

WASHINGTON — The United States House of Representatives passed a bill that called for the prohibition of the use of public funds to buy, make or display any map showing Taiwan as part of Chinese territory.

The House resolution, 4373, introduced by Republican lawmakers Tom Tiffany, Steve Chabot, Scott Perry, Kat Cammack, and Mike Gallagher, was adopted on Capitol Hill by a vote of 217 to 212.

The motion “prohibits the expenditure of funds to create, procure or display any map that depicts Taiwan as part of the People’s Republic of China,” as per a media report.

“This is a common-sense measure,” said the amendment’s main sponsor, Tiffany.

“As we all know, Taiwan has never been part of Communist China. The Taiwanese people elect their own leaders, raise their own armed forces, conduct their own foreign policy, and maintain their own international trade agreements.”

“By every measure, Taiwan is a sovereign, democratic and independent country. Any claims to the contrary are simply false,” said Tiffany.

Taiwan’s Foreign Ministry spokesperson Joanne Ou thanked the lawmakers for their “continued show of support through concrete actions,” as per media reports.

“Taiwan will follow the bill’s progress, maintain its close ties with the U.S. executive and legislative branches and continue to deepen positive U.S.-Taiwan relations,” Ou said.

Taiwan and mainland China had been governed separately since the end of the Chinese Civil War more than 70 years ago. While the Chinese Communist Party has never ruled Taiwan, Beijing considers the island to be an “inseparable part” of its territory and has repeatedly threatened to use force if necessary to prevent the island from formally declaring independence.

In recent years, China has stepped up its military pressure on Taiwan. In June, the country sent over two dozen warplanes near the island, prompting Taiwan to alert its air defenses.

On June 1, Chinese President Xi Jinping pledged to complete reunification with self-ruled Taiwan and vowed to smash any attempts at formal independence for the island.

Taiwan’s Mainland Affairs Council (MAC) accused the Chinese Communist Party of tightening its dictatorship in the name of national rejuvenation internally and attempting to alter the international order with its hegemonic ambitions externally, as per news reports.

“We urge the other side of the strait to learn from history and push for democratic reforms,” the Mainland Affairs Council said, calling on the Chinese Communist Party to stop expansionist behavior and to act as a responsible party in promoting regional peace.

Meanwhile, China on July 29 opposed the meeting between foreign officials of the United States and spiritual leader Dalai Lama after U.S. Secretary of State Antony Blinken met with a Tibetan Buddhist monk during his India visit.

The U.S. top diplomat met Geshe Dorji Damdul, current director of Tibet House in New Delhi, on July 28, in what was seen as a big political message to China.

Damdul, the former interpreter of Tibetan spiritual leader Dalai Lama, was a part of a group of civil society leaders who met the U.S. Secretary of State during his two-day visit to India.

Damdul is a director of Tibet House, which was founded in 1965 by the Dalai Lama to preserve and disseminate the unique cultural heritage of Tibet.

The contact between the U.S. side and the Dalai clique goes against the U.S. promise to recognize Tibet as being part of China, said Chinese Foreign Ministry Spokesperson Zhao Lijian during a press meet on July 29.

“China firmly opposes any form of contact between foreign officials and the Dalai Lama,” said Lijian.

“Any form of contact between the U.S. side and the Dalai clique is a violation of the U.S. commitment to acknowledging Tibet being part of China, to not supporting ‘Tibetan Independence,’ and to not supporting attempts to separate China.”

The spokesperson said that the U.S. side should “stop meddling” in China’s internal affairs under the pretext of Tibetan affairs and offer no support to the “Tibetan independence” forces.

However, Blinken, after meeting the civil society leaders, including the Tibetan monk, said that the U.S. and India share a commitment to democratic values, which is the bedrock of their relationship.

“I was pleased to meet civil society leaders today. The U.S. and India share a commitment to democratic values; this is part of the bedrock of our relationship and reflective of India’s pluralistic society and history of harmony. Civil society helps advance these values,” Blinken tweeted.