Up To 1000 Police Ready To Meet Protesters In Australian City

Police have warned those protesting against lockdowns in Sydney at the weekend will face up to a thousand officers. 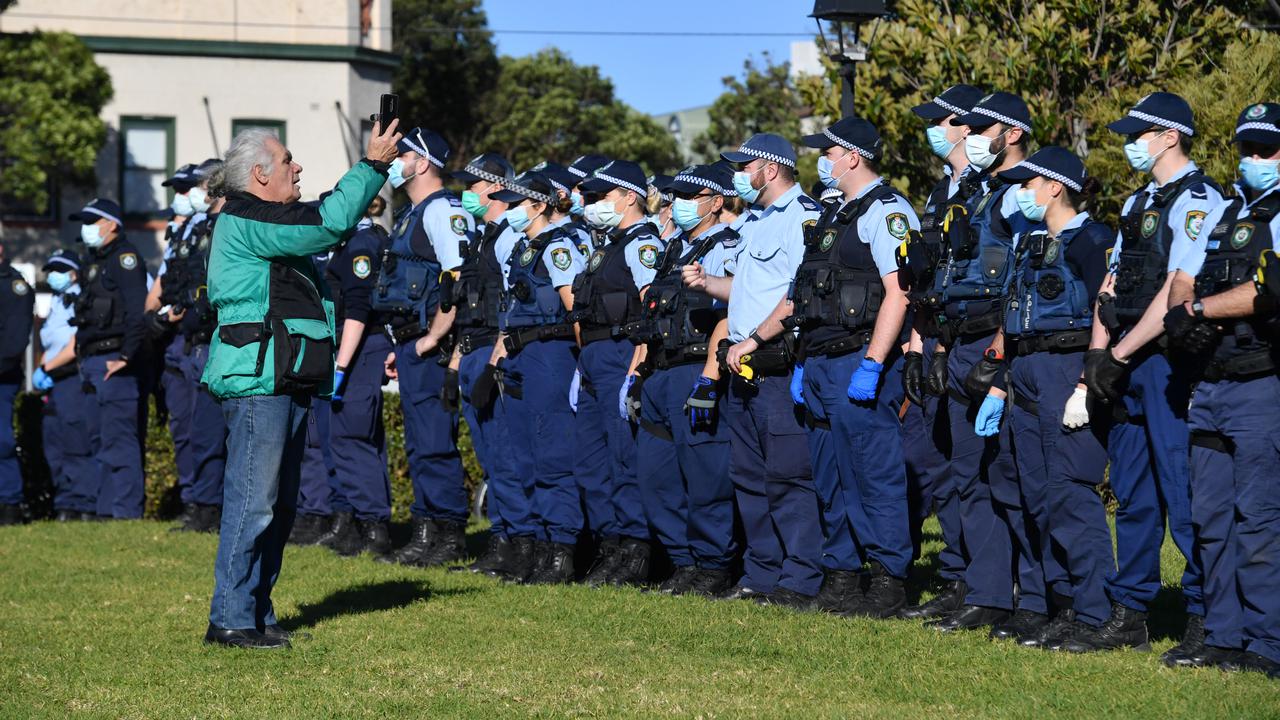 Police will be out in force in a bid to head off any further anti-lockdown protests in Sydney. (Mick Tsikas/AAP Image)

SYDNEY — Up to a thousand police officers will be on duty to meet anyone considering attending an anti-lockdown protest in Sydney this weekend, New South Wales Police Commissioner Mick Fuller has warned.

Fuller said in a press conference that police had already detained 60 people from the last week’s protests and issued more than 200 infringement notices.

After monitoring online activity, the commissioner said police had to “expect there is going to be a protest.”

“Please do not come into Sydney tomorrow to protest,” said Fuller.

“If you do, you will be met by up to 1000 police who will be ready to deal with you, whether that be via the health orders or other laws.”

“We are just working with police to ascertain whether that person did attend,” said Chant.

“The police did indicate they had turned the person around, and they had given an infringement notice.”

New South Wales Health Minister Brad Hazzard said if the Covid-positive man had attended the rally, “he was effectively carrying a deadly weapon, he was carrying the virus.”

Chant said that the investigations were still underway to work out whether any of the new cases in New South Wales cases could be linked to the protest.

“People may not be open that they attended the protest. I am not aware of any cases that have arisen from the protest, but many people may choose not to disclose that,” said Chant.

“I am totally committed to the fact that we need to have a low tolerance for where people are flagrantly breaking the rule – this is too much of a severe disease, too serious a situation to be in, to have people knowingly going out when they are positive.”

A New South Wales Police strike force was set up following last week’s protests with up to 20,000 tip-offs to Crime Stoppers about attendees, with photos and names sent to police.

On July 30, Fuller said police will be waiting for anyone planning to protest this weekend, and they had been given plenty of warnings. Hazzard had his own warning.

“You have to be crackers to go to that demonstration tomorrow because there will be a lot of people potentially with a deadly weapon, Delta virus,” Hazzard said.

“Do not give those you love the most a death sentence,” she said.