Research finds “overwhelming evidence that social connections of offspring are similar to those of the mother.”
By Jon Schiller July 30, 2021
Facebook
Twitter
Linkedin
Email 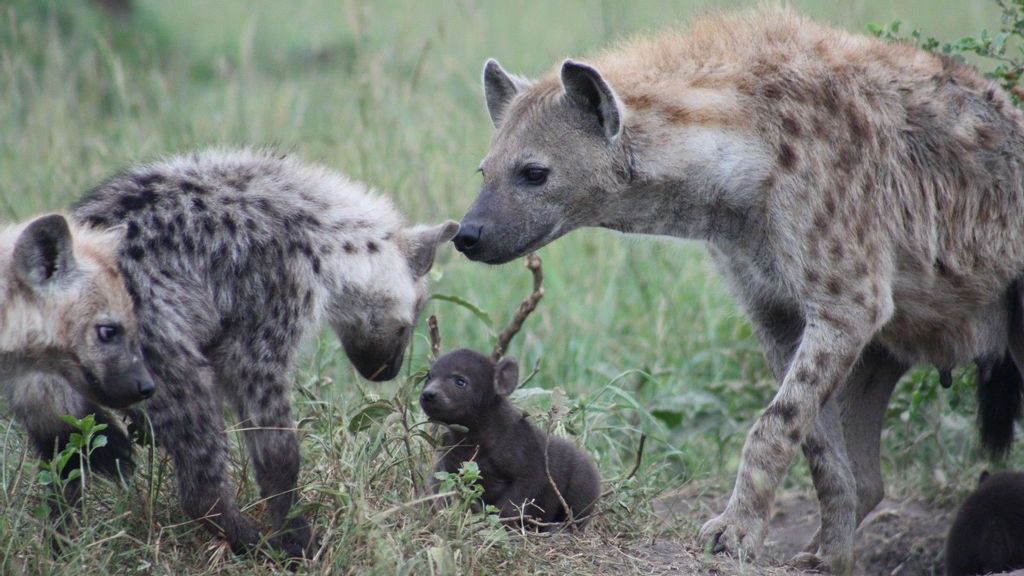 New research shows social connections among spotted hyenas are inherited and passed on from parent to offspring. (Kate Shaw Yoshida)

Researchers at Israel’s Bar-Ilan University have found “overwhelming evidence” that social connections among spotted hyenas are inherited and passed on from parent to offspring.

According to the study, recently published in Science, the process of social inheritance among spotted hyenas not only determines how offspring relationships are formed and maintained, but also plays a very significant role in structuring the spotted hyena clan.

Amiyaal Ilany, a biologist at the Mina and Everard Goodman Faculty of Life Sciences at Bar-Ilan University, integrated behavioral ecology, network science and social science to study broad aspects of social behavior in the wild.

As a postdoctoral researcher at the University of Pennsylvania, he developed, together with Erol Akçay, a theoretical model suggesting that social inheritance — in which offspring inherit their social bonds from their parents, either passively or by copying them — could explain the social networks of multiple species.

This new study shows, for the first time on such a large scale, that their model was correct.

The data collected by Holekamp, which included nearly 74,000 social interactions among the spotted creatures, has proven that social affiliations are, in fact, inherited within packs of hyenas.

“The plethora of data that was collected by Kay Holecamp provided us with a golden opportunity to test the model we developed several years ago,” said Ilany.

“We found overwhelming evidence that social connections of offspring are similar to those of the mother. A mother who has social affiliations with another hyena can connect her offspring to that hyena and the two, in turn, will form a social bond. Even after the mother-offspring bond itself weakens dramatically, the offspring still remain connected to their mother’s friends.”

Spotted hyenas live in clans, the size of which depends on the abundance of prey and may vary from only a few individuals to more than a hundred. Life in the clan can be difficult for lower-ranked individuals. They may be excluded and may not get access to food.

“Rank is super important,” said Akçay, who co-authored the study. “Spotted hyenas live in a matriarchal society. Those born to a lower-ranked mother are less likely to survive and to reproduce.”