Popcorn With Zenger: ‘Jungle Cruise’ Is A Boring Adventure

Emily Blunt is the only redeeming feature in this big-budget advertisement for Disney theme parks. 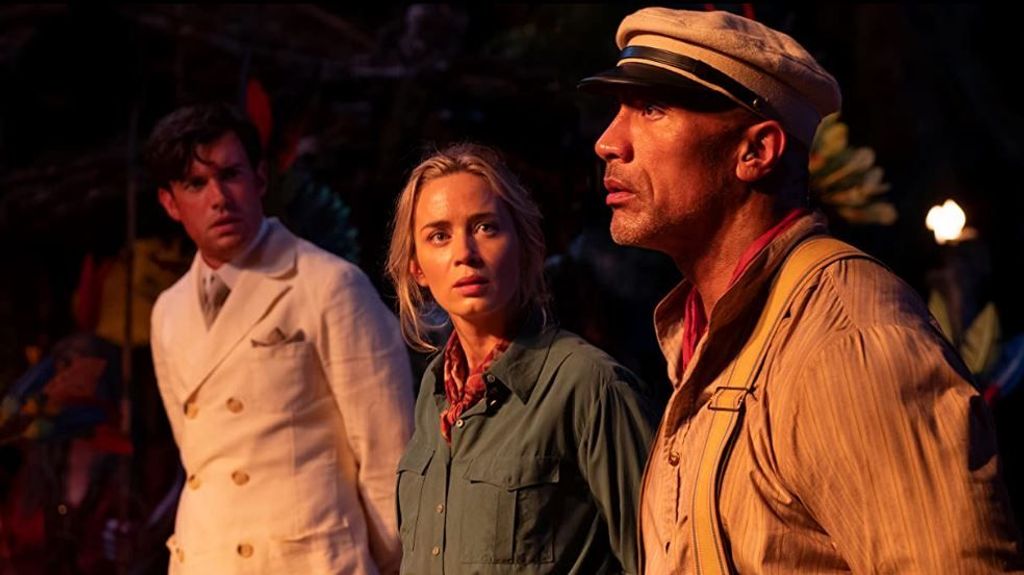 It’s been a rough year for Disney as the media giant has lost billions on massive films such as “Black Widow” and “Mulan,” due in part to international box office returns. When the lead actress of your last big-budget movie (Scarlett Johansson) is suing you for a breach of contract, the only way to regroup is to draw people to your next big-budget movie, which is also an advertisement for your theme parks.

“Jungle Cruise” is based on the Disney theme parks attraction that was supposed to be their mainstream introduction to the property. COVID-19 lockdowns and restrictions, however, have done a number on Disney’s parks and movies. The company went all out by hiring Dwayne “The Rock” Johnson and Emily Blunt, two of the most recognizable faces in Hollywood, to lead this $200 million adventure, but multiple delays put the film on ice for nearly three years before its theatrical and Disney Plus release.

COVID has diminished Disney’s ability to pack crowds in their theme parks, and “Jungle Cruise” won’t draw many viewers to the theaters either.

The Story: The story takes place during World War I. British scientist Dr. Lily Houghton (Blunt) and her brother MacGregor (Jack Whitehall) are on the cusp of the key to the Tree of Life, which is believed to possess healing powers that could be of great benefit to modern medicine.

Lily finds herself in the crosshairs of Prince Joachim (Jesse Plemons), a dangerous aristocrat who wants the Tree for himself. Lily and McGregor must enlist the help of riverboat captain Frank Wolff (Johnson) on a mission through the jungle, but not only is the jungle dangerous, they also find out that Frank has secrets of his own.

Bright Spots: Blunt should have been paid double what the studio gave her because her charm is one of the few saving graces “Jungle Cruise” has to offer. Johnson’s acting skills aren’t best suited for family adventures (see his early career Disney films). However, his chemistry with Blunt is undeniable.

A film based on a theme park ride is best suited to be viewed in a 4DX or DBOX format to get the maximum experience possible, but for your average viewer, not even Disney Plus is worth the time.

Weak Spots: “Jungle Cruise” is a fantasy adventure comedy film that fails at all three genres. The film wastes Johnson and Blunt as its charismatic lead actors with a story as cookie-cutter as they come. The story revolves around a magic MacGuffin that can do anything — including bringing people back from the dead. Our protagonists go through a Rolodex of villains, none of whom has any personality.

The film is aimed at a young audience, but it was shot as a generic action-adventure. The bad editing only highlights how many problems the production had behind the scenes in structuring a coherent narrative. Despite a two-hour runtime, “Jungle Cruise” stuffs its plot full of exposition and comedy gags that are nothing but filler with no importance to the central story.

The secondary characters do nothing to enhance the story, and some are clearly here for an easy paycheck. Whitehall as McGregor Houghton is supposed to be the comedy relief, but his character provides neither and could have been cut from the film entirely. Paul Giamatti as Nilo doesn’t fare much better as he is barely in the film and is never relevant to the plot.

“Jungle Cruise” would have been improved so much with subtractions that it makes you wonder if three screenwriters (Michael Green, Glenn Ficarra, and John Requa) were perhaps too many.

The Takeaway: “Jungle Cruise” is a dry and boring adventure that fails to excite children or adults into wanting to see more at Disney’s overpriced theme parks. Blunt is the only redeeming quality in this soulless big-budget corporate live-read ad.

See or Skip: The best thing “Jungle Cruise” can offer for families is a good nap in the theaters for those who try to sit through two hours of uninspired adventure.