The couple tied the knot in 2008 and are parents to 10-year-old twins Shahraan and Iqra.
By Zenger News Desk July 30, 2021
Facebook
Twitter
Linkedin
Email 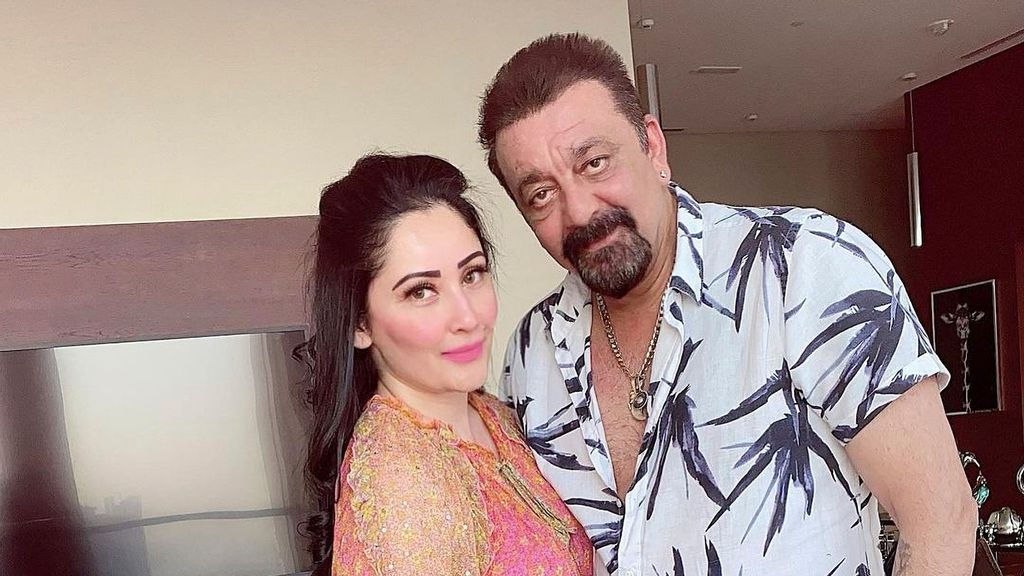 Sanjay Dutt received many birthday wishes as he turned 62 on July 29, 2021. His wife Maanayata shared a birthday note for him on her social media. (@maanayata/Instagram)

MUMBAI, India — Bollywood actor Sanjay Dutt received many birthday wishes as he turned 62 on July 29, 2021. His wife Maanayata shared a birthday note for him on her social media.

Taking to her Instagram handle, she shared a picture featuring herself with her husband Sanjay and penned down a heartfelt caption, wishing him an abundance of love, health, and success.

“Wishing you a day of happy moments and a year of happy days…,” she wrote.

“Wishing you love, peace, health, and success…may God always play in your team and continue to bless you with the courage and the fighting spirit that you have in your life… love you #happybirthday (sic).”

Dutt and his wife tied the knot in 2008 and are parents to 10-year-old twins Shahraan and Iqra. The actor was earlier married to actress Richa Sharma, who died of a brain tumor in 1996, with whom he has a daughter Trishala.

The picture, where the duo is seen dancing to the tunes of the song “Suno Gaur Se Duniya Walo,” is from the unreleased film “Dus” featuring Khan and Dutt.

The pair have appeared together in films like “Saajan” and “Chal Mere Bhai.” The two also teamed up for the song “Po Po” from Dutt’s 2012 starrer “Son of Sardaar,” where Khan had a guest appearance.

On the health front, Dutt was diagnosed with cancer in 2020 and was undergoing treatment for the same at Mumbai’s Kokilaben Hospital.

He shared a post on his children Iqra and Shahraan’s 10th birthday about “coming out victorious of the battle.”

“The last few weeks were very difficult time for my family. But like they say, God gives the hardest battles to his bravest soldiers (sic),” he said.

“And today, on the occasion of my kids’ birthday, I am happy to come out victorious of the battle and be able to give them the best gift I can — the health and well-being of our family. This wouldn’t have been possible without the unwavering faith and support from all of you.”

“I am eternally grateful to the family, friends, and all the fans who have stood by me and been my source of strength through this trying time. Thank you for the love, kindness, and countless blessings that you have sent my way (sic).”

“I am especially grateful to Dr. Sewanti and her team of doctors, nurses, and the medical staff at Kokilaben Hospital, who have taken such good care of me in the last few weeks. Humble and grateful.”

Meanwhile, on the work front, the veteran actor Dutt also unveiled his new look and a new poster from his forthcoming film “K.G.F: Chapter 2” on his birthday.

Dutt will be playing the role of Adheera in his upcoming movie, which is a sequel of the Kannada hit film “K.G.F: Chapter 1.”

Taking to his Instagram handle, he thanked his fans for their birthday wishes and said, “K.G.F: Chapter 2” will be worth the wait.

“Thank you so much, everyone, for all the warm birthday wishes,” he said.

“Working on #KGFChapter2 has been amazing. I know you all have been waiting for the film’s release for a long time, and I assure you that it’ll be worth the wait! #Adheera (sic).”

Apart from this, he will soon be seen in Ajay Devgn’s “Bhuj: The Pride Of India” and “Shamshera,” co-starring Ranbir Kapoor and Vaani Kapoor.