“It Was Just Like Being On Mars”, Snap Of Sandstorm Wins Australia’s National Photographic Prize

A photograph of a farmer walking through a swirling dust storm on his drought-ravaged property has won Australia's national award.
By Tony Magnusson July 30, 2021
Facebook
Twitter
Linkedin
Email 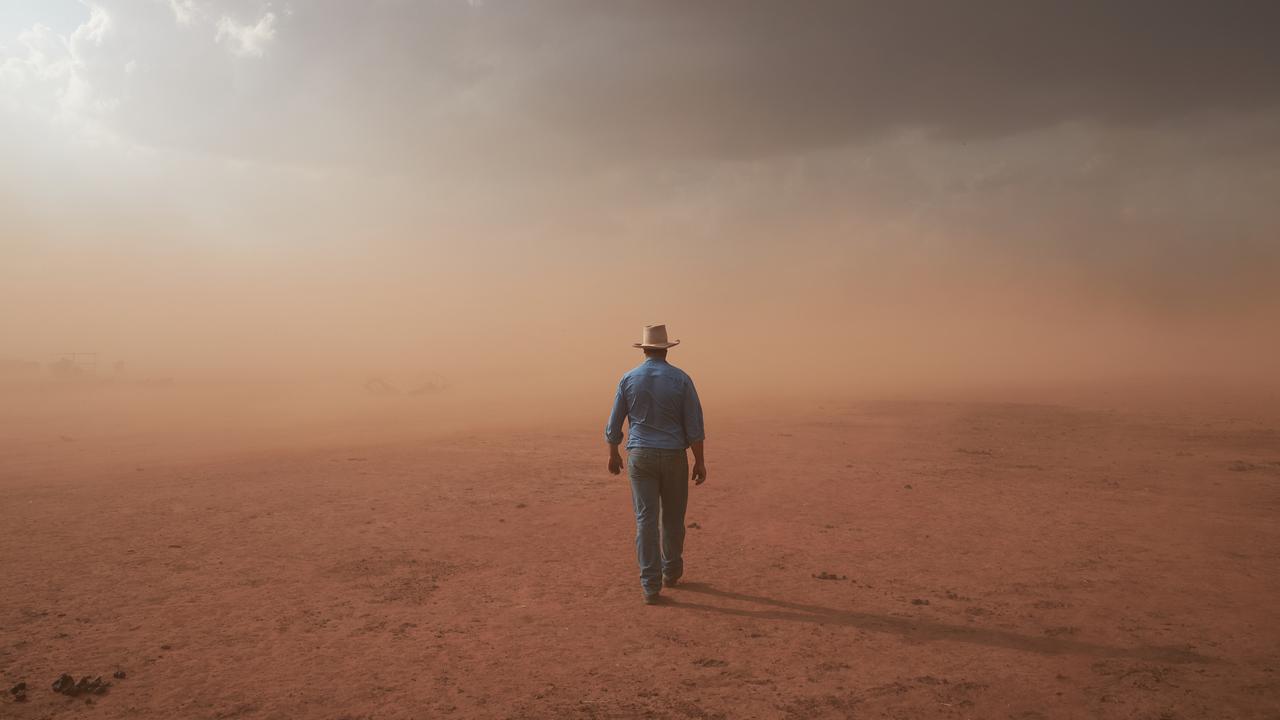 An image of a farmer in a dust storm has won the 2021 National Photographic Portrait Prize. (Joel B. Pratley/AAP Image)

CANBERRA, Australia — An eerie image of a farmer in a dust storm on his 1000-acre, drought-affected property has won its creator Australia’s 2021 National Photographic Portrait Prize.

Sydney-based Joel B. Pratley was named the winner for the image captured at Forbes in New South Wales’ central west.

Presented by the National Portrait Gallery in the national capital Canberra, the annual prize also saw Bells Beach-based photographer Julian Kingma highly commended for his black-and-white portrait of a Victorian boy swimming in a storm-water drain near Geelong, southwest of Melbourne, during the 2020 Covid-19 lockdown.

Pratley, a three-time finalist, said he had never won anything in his life.

“To be a finalist is a huge honor but to win is almost unbelievable,” he said.

Pratley paid tribute to farmer David Kalisch’s “surreal” composure during the massive dust storm, which swept over parts of the southeastern states of New South Wales and Victoria, and South Australia in January 2020.

“It dropped very little rain at the time, but to be out amongst that, it was just like being on Mars. It was incredible (and) the speed of the wind was ferocious.”

“The longer you look at this picture, which is, of course, the cardinal quality of interesting pictures, the stranger it gets and the more mysterious it becomes,” Henson said.

“The vastness of the landscape turns the figure into an anonymous presence &mldr; and sends us back into our place inside nature.”

Mitzevich noted the portrait’s arresting qualities, expert composition, and ability to draw the viewer into the story.

“You can actually see the horizon run back, the shadows of the clouds and the detritus caused by the storm, and there is this ethereal light coming through that picks up the smokiness of it all,” he said.

Kingma’s photograph, Tom at the Drain, was commended for its beauty and mystery, with Henson drawing attention to the sense of vertigo experienced by the viewer due to the image’s plane of focus and depth of field.

“It has a stillness about it, which is where photographs derive their power,” he said.

“Julian Kingma’s work speaks to me in so many ways, on many levels – the darkness, uncertainty, and anxiety we all faced in lockdown, but also the hope and resilience of the human spirit,” she said.

The gallery also named finalists R.J. Poole and Jessica Hromas, both from Sydney, as recipients of a new Distinction Award.

Acknowledging the impact of the pandemic on the creative industry, the judges selected 79 finalists, more than twice the normal amount, from a field of 3000.

Quinlan said the selected portraits reflect the “maelstrom” of late 2019 and 2020, a period marked by devastating bushfires and a once-in-a-century global pandemic.

The exhibition, named Living Memory, opens on July 31 and runs until November 7.