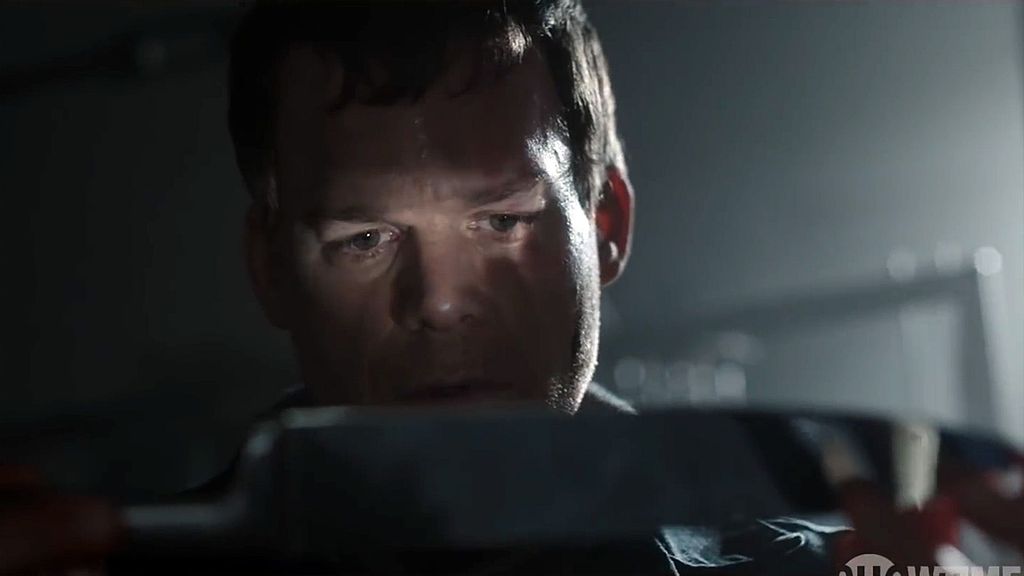 Showtime has set a Nov. 7, 2021, premiere date for the 10-episode revival, which will pick up a decade after the original show’s finale, as per reports.

After faking his death in the 2013 series finale, Dexter Morgan (Michael C. Hall) began a new life as a lumberjack. “Dexter: New Blood” will find him living in Iron Lake, New York, under an assumed name and running a sporting goods store — which affords him ample access to a variety of knives.

The finale was widely panned, but Hall said during the Comic-Con panel on July 25, 2021, that he’s had a return to Dexter at the back of his mind for some time.

“I think enough has time has passed, and the storytelling opportunities were a lot more interesting for having more time between the end and now.”

Original show-runner Clyde Phillips, who left the series midway through its run, has returned for the revival. In addition to Hall, original series veterans Jennifer Carpenter and John Lithgow will make appearances, presumably in flashbacks, as both of their characters died during the first run.

The series’ revival was announced last year in October. Gary Levine, co-president of entertainment for Showtime, said he was excited about the show’s reboot.

“‘Dexter’ is such a special series, both for its millions of fans and for Showtime, as this breakthrough show helped put our network on the map many years ago,” he said.

“We would only revisit this unique character if we could find a creative take that was truly worthy of the brilliant, original series. Well, I am happy to report that Clyde Phillips and Michael C. Hall have found it, and we can’t wait to shoot it and show it to the world.”

Hall appeared in the show as Dexter Morgan for the original eight seasons.

The crime series ran from 2006 to 2013. The plot is based around a serial killer who primarily targets other killers while still keeping a job as a blood spatter expert for the Miami Police Department.

The show received a positive response from its viewers during its time on air. “Dexter” got various Golden Globe and Emmy nominations for best drama series.