The ranger team is part of a larger project to restore the country’s ecosystems. 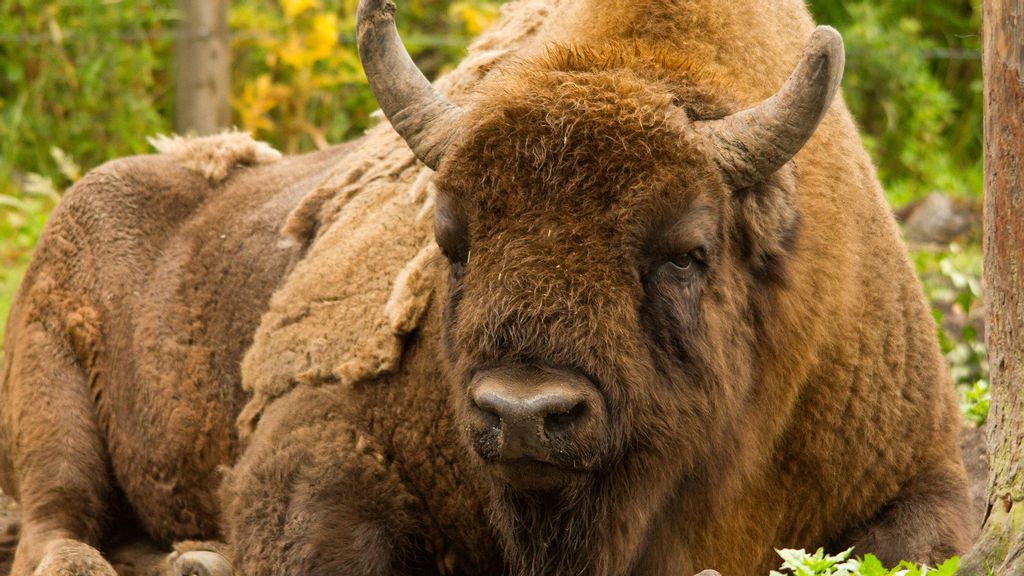 European bison will be reintroduced in woodland areas of Kent, England, in 2022. (Tom Cawdron/Zenger)

A herd of European bison being reintroduced in Kent woodland will be looked after by the U.K.’s first Bison Ranger team.

Kent Wildlife Trust and the Wildwood Trust discovery park near Canterbury unveiled the team, funded by players of People’s Postcode Lottery, ahead of the reintroduction next year of a small herd of bison.

Tom Gibbs and Donovan Wright were selected in a competition with over 1,200 applicants from around the world to start patrolling one of the U.K.’s largest areas of ancient woodland ahead of bison arriving there in 2022.

They will look after the country’s first conservation herd of European bison in a 200-acre area of Blean Woods near Canterbury.

“We’re really fortunate to have welcomed Tom and Don, who are both so passionate about conservation and nature,” said Mark Habben, head of living collections at Wildwood Trust.

“In addition to working with the bison in the Blean woods, the rangers will work closely with the team at Wildwood Trust, whose expertise will be drawn on for a whole host of tasks, including bison health checks, as part of managing the bison at their new home in the Blean.

“We look forward to the positive impact that the bison will have when they move into the Blean woods next spring.”

The bison ranger team is part of the larger conservation project Wilder Blean. The initiative aims to restore the ecosystem of the area’s ancient woodlands through nature-based solutions.

In addition to the four bison, longhorn cattle, Iron Age pigs (a hybrid between a wild boar and a domestic pig) and six Exmoor ponies will be kept in a fenced area in West Blean Woods.

“The species is known as an ‘ecosystem engineer’ because of their ability to fell trees by rubbing up against them and eating the bark, creating space for a wide range of other species to thrive.

“Tom and Don will be getting to know these animals like no other, managing a wild herd of Europe’s largest living land mammal and developing an entirely new skill set which will enable the success of this and future wilding projects,” he said.

Gibbs said: “I’m so pleased to have been chosen for the job, it’s a once in a lifetime opportunity.”

Wright, who has over 20 years’ experience on some of Africa’s most famous reserves, said: “As well as dealing with the Big 5  — lion, leopard, rhino, elephant and Cape buffalo — I have experience working in some extremely remote locations and thinking on my feet.”